Huh? Didn’t I review this movie already? A few years ago in 2009 starring Natalie Portman. Oh sorry, that was called The Other Woman, not…wait, okay yeah, same title. I guess that one was a drama.

Carly Whitten (Cameron Diaz) is a high powered lawyer. But don’t worry, her job isn’t at all relevant to the film. She starts seeing Mark King (Nikolaj Coster-Waldau), it is great. They are exclusive, she doesn’t want to sleep around, she finds no faults.

Until she finds out he has (record screech) a wife! Kate (Leslie Mann) is… well a house wife. No job because he pays for it all, doing business stuff, and no kids. Just boredom. So she doesn’t have many friends that her own either. So once the cat is out of the bag and they figure it out, she turns to Carly to rant and to scheme.

THEN THEY FIND OUT HE HAS ANOTHER LADY! Amber (Kate Upton), a young, dumb, blonde.

Hell, there might even be a fourth. No spoilers.

But the three find each other and decide they can want to get even and ruin him. After all, the three of them combined means they might be able to get that one man. Err.

Also starring Taylor Kinney as the brother of the wife, because why not, and Nicki Minaj as a receptionist, because they hate us. 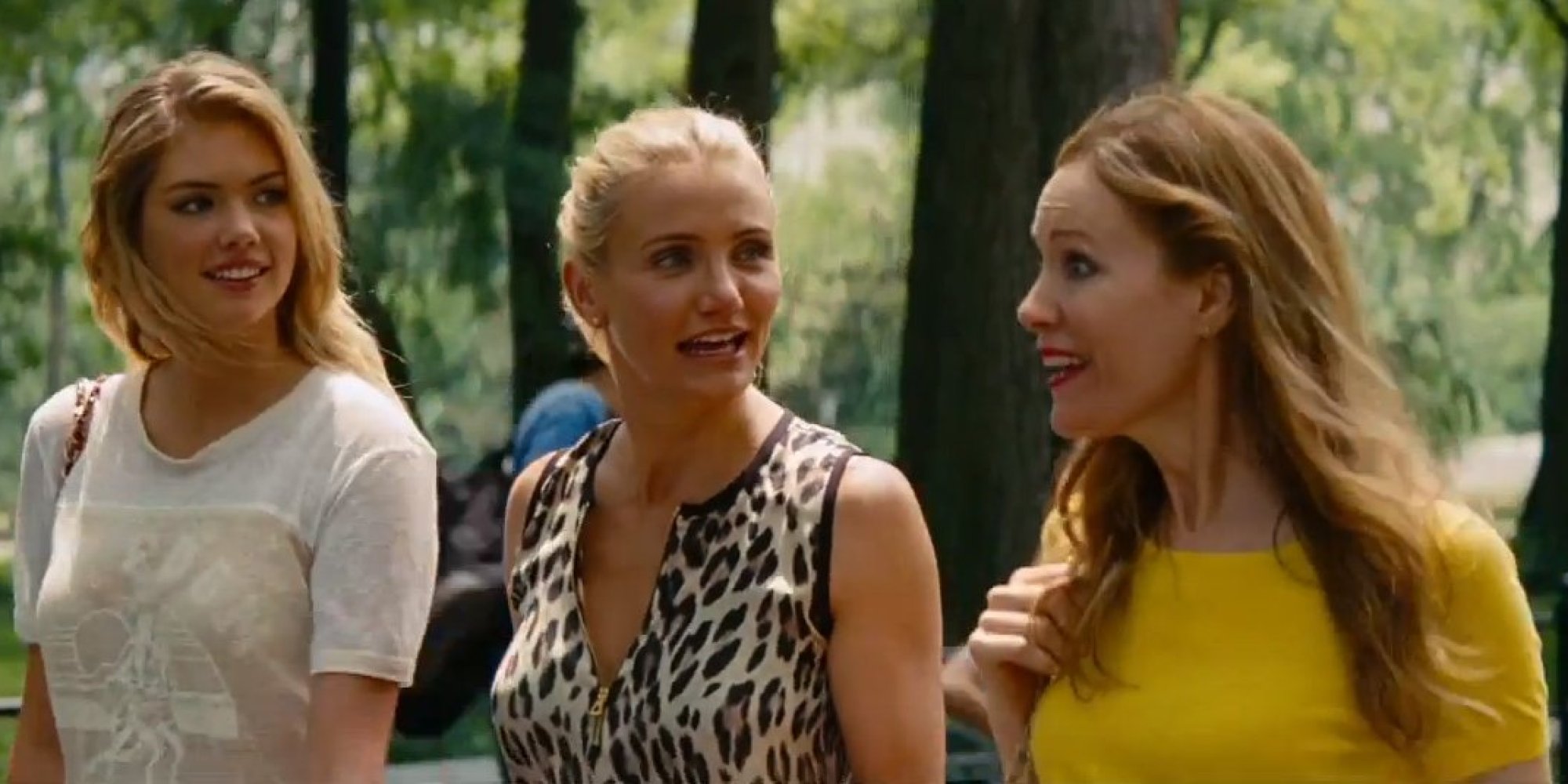 Here are your heroes. Walking. Being women.

First of all, I think this movie was designed to fail Bechdel Test for the entire length of a movie. I don’t think there is a scene that doesn’t involve women talking about men. That’s the whole movie.

Second of all, fuck Nikki Minaj being in this movie. Her role is pointless, it was a role that could have gone to anyone, and her nasally talking voice doesn’t help. Related? Kate Upton’s role in this film is also basically pointless. Literally, could have been no one, because she had barely any lines, despite being in half the movie.

Third, the ending was terrible. Their plan was…really simple. There was no intrigue to it. It happened. The guy got owned. And then the movie basically ended. A lot of build up to the moment without a lot of payoff.

So, why the rating?

Leslie Fucking Mann. She was hilarious in this movie. Cameron Diaz was meh. Somehow Leslie Mann though was off the chart and saved this movie from being a shit show. I am shocked as you. I never expected that I would praise her role in a movie, but there you go.