Finally, it is February, which means theaters are allowed to show good new movies again! Both The Monuments Men and The Lego Movie are out the same weekend, which adds some credit to the theory that studios literally wait to release their movies right outside of January, to separate themselves from the junk.

This movie in particular has an all-star cast, directed by George Clooney (his fifth overall), and a World War II story. Yeah, it has a lot going for them. 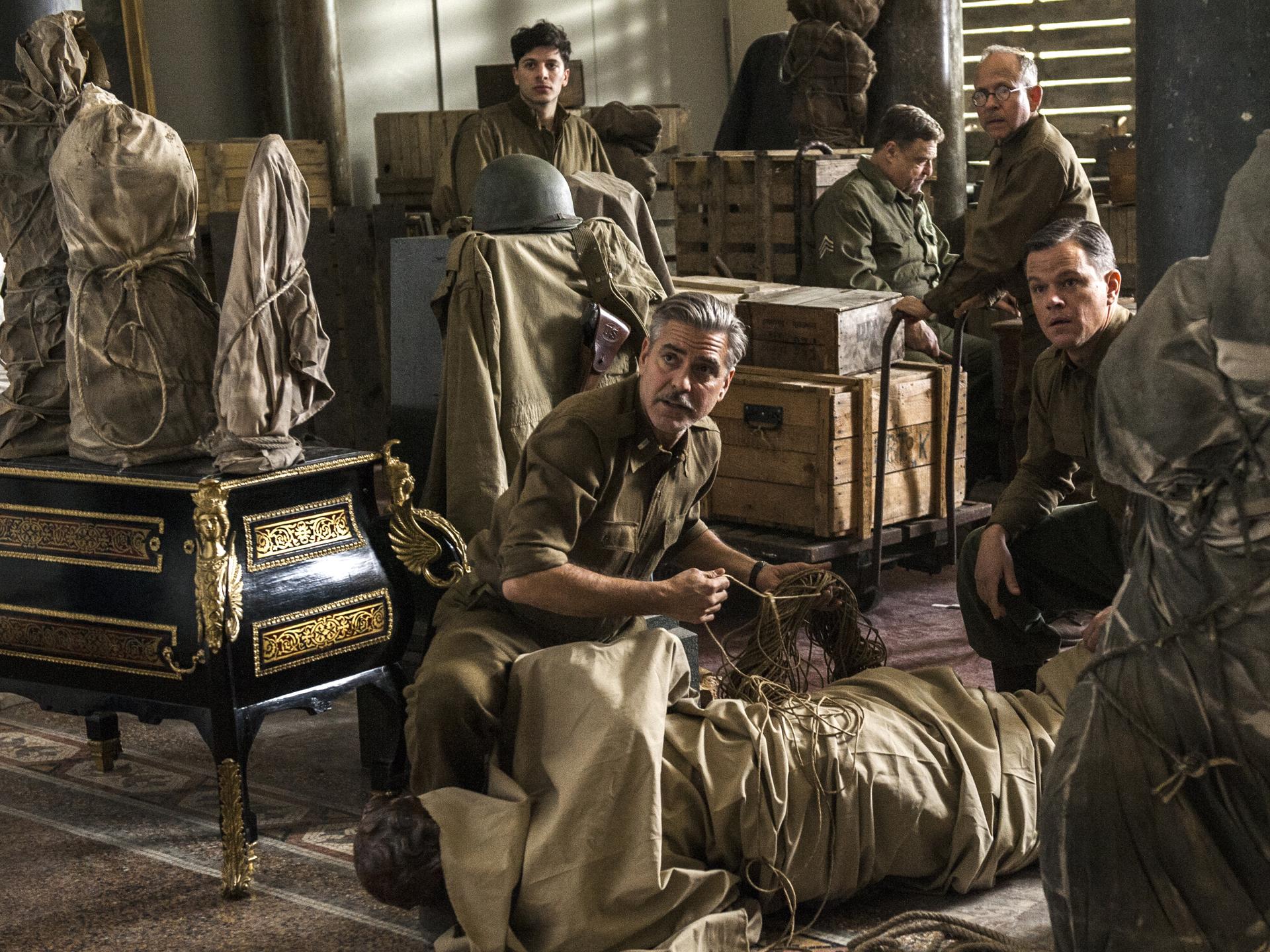 Typical rag tag group of men to save the day.

The Monuments Men tells the true story of a group of seven men, mostly art historians, curators, and museum directors, who join up with the Allied forces to preserve culture and art that might be destroyed during World War II. Most of these men are old, or out of shape, but they believe in their goal, and convinced the men in charge to let them help.

They were brought together by Frank Stokes (George Clooney), who had the idea after they almost lost The Last Supper when the UK bombed a city. His hand picked team included James Granger (Matt Damon), a painter, Richard Campbell (Bill Murray), an architect, Walter Garfield (John Goodman), a sculptor, Preston Savitz (Bob Balaban), a historian. They also have Donald Jeffries (Hugh Bonneville) and Jean Claude Clermont (Jean Dujardin), a British officer and a French man, for culture purposes. They are later joined by Sam Epstein (Dimitri Leonidas), a German translator.

These men split up around the war front from 1943-1945 searching for lost and stolen treasures. The Germans hid the art in their country and intended to destroy them should Hitler be killed. They also are racing against the Russians, who have lost so many men in the war that any stolen art they find they will steal right back and keep for themselves as a sort of reparations.

Also starring Cate Blanchett, as a very convincing French art curator, who really enjoys a nice painting. Like. A lot. 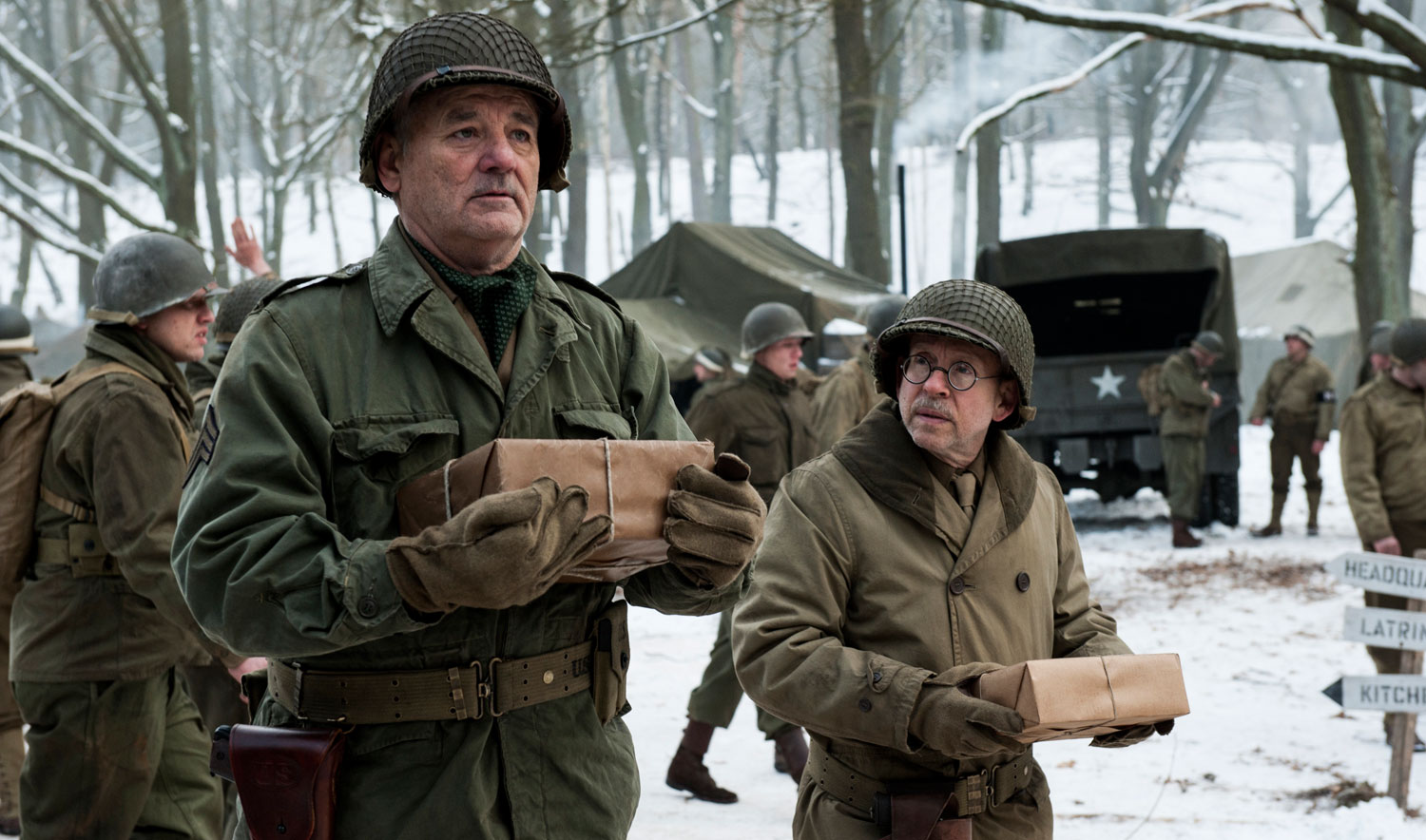 Bill Murray looks like a fucking giant in this movie.

Clooney took an interesting piece of history, put in great actors, and gave us a mediocre movie overall. It is incredibly disappointing that this movie wasn’t amazing, but I have to make sure my review still accurately reflects the overall quality, and not just say it is bad because I am feeling betrayed.

This movie did surprise me in a few ways. One, I saw Murray give a real and convincing cry, which I definitely did not see coming. I don’t think I have ever seen that man cry, it was heartfelt, and I almost teared up as well. Two, I did learn about some famous art pieces in Europe, and it is awesome how close they came to being destroyed/lost forever. Three, there isn’t a number three.

All of the funny moments made it into the trailer, leaving not a lot more for the movie. That is incredibly disappointing, as it was advertised a comedy, with not a lot of laughs. The rest of the movie was slower and more dramatic, but most of the times I didn’t really care enough about the individual characters to care what was happening to them.

The Monuments Men will be forgotten with time. It was a decently acted movie, certainly not bottom of the barrel in terms of quality, it just didn’t have a lot more going on for it.