I picked this movie up expecting it to be some sketch bloody B-Horror film, that never gained any ground. Much to my surprise, I find there are actually some famous actors in this one. Whoa.

So what happened to this film? This seems like something that would have made theaters, or at least been noticed by someone. Oh well. 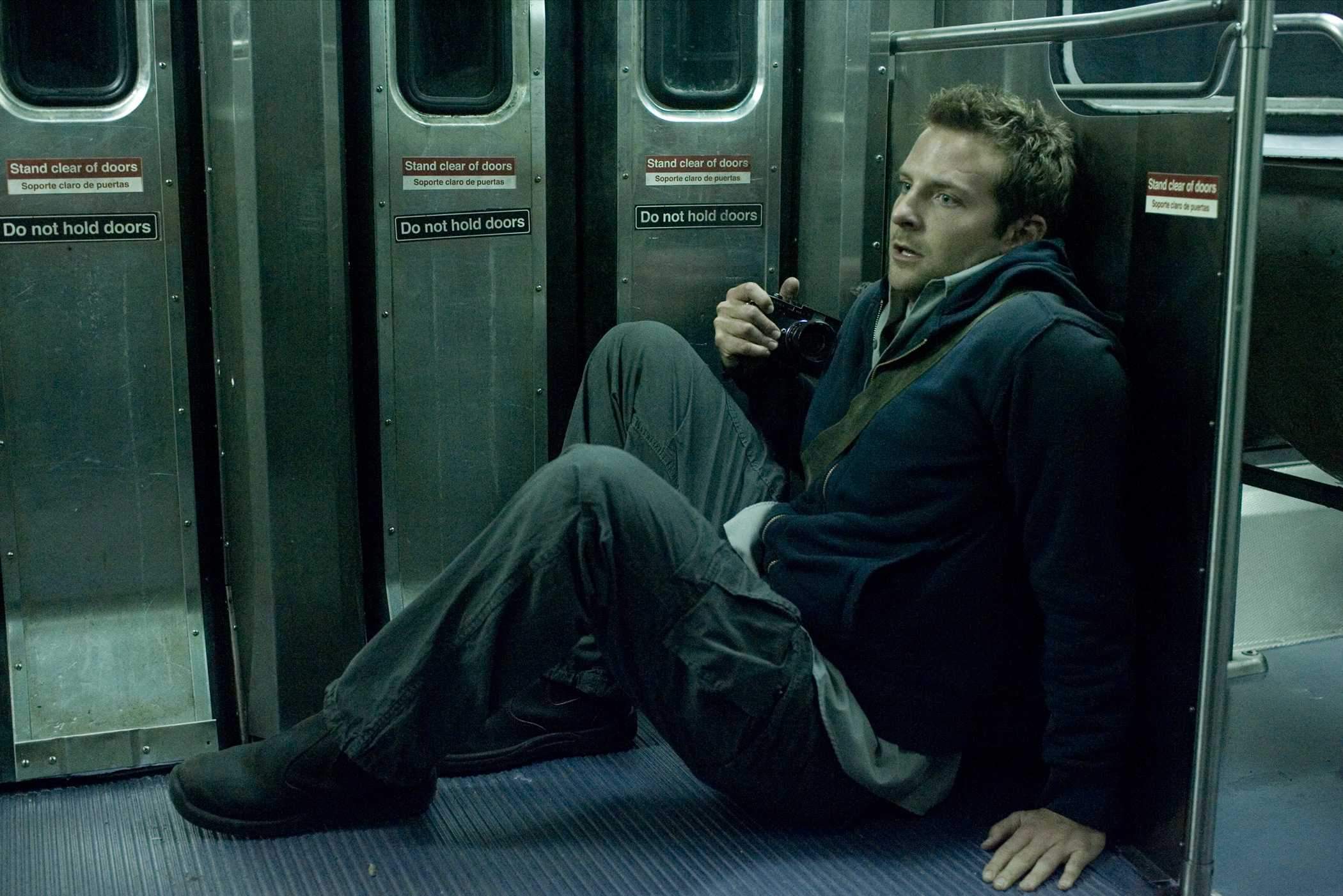 Never mind. Brad was in a lot of questionable movies before The Hangover.

He is also a photographer, just an okay one. He wants to take pictures of criminal activity, he just is kind of a coward and runs away before anything goes down. But he is determined. Well, he runs into a model who is getting mugged, and his mere presence saves her! Yay! Too bad the next morning she goes missing anyways. Interesting. He goes to the police (Barbara Eve Harris) but nothing comes out of it.

But yeah, she totally got butchered while on the train. The midnight meat train. Some dude just rides it late a night, and the train goes into a mysterious path, and this guy (Vinnie Jones), totally takes em out with one of those meat tenderizers. Aw yeah. Secret shit.

Well, through investigative journalism, he actually finds this butcher guy and follows him, pretty sure he has something to do with these disappearances. He also thinks he is over 100 years old. 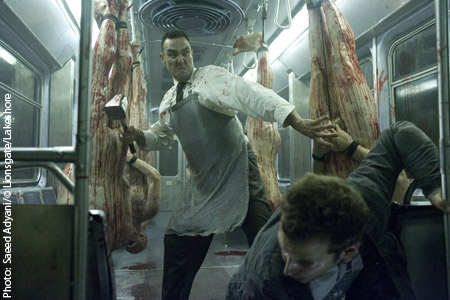 Oh I get it. It is even more awkward cause of his veganism.

Well shit, this was more than just a B movie. Not only that, but when I tweeted about watching it, I got positive response from others. What in the hell is going on?

For one, the death scenes by this butcher on the train, even if you see them coming, are pretty brutal. Having skinned humans dangling on a train is pretty brutal as well. Turns out this is based on a short story by Clive Barker from the 1980s, so it actually has its foot in the horror door. On its own, I wouldn’t consider any part of this movie “Scary,” just gory at times and a little unsettling but never scary.

Besides that, this movie is also a decent mystery. What the fuck is going on in that train? Is that guy 100 years old? Why the fuck doesn’t anyone care about large amounts of missing people?

I like the answers they gave, and the movie ended really well. Bad things happen, like they should in a horror, and the plot made sense? Holy crap, why has no one told me about this movie?