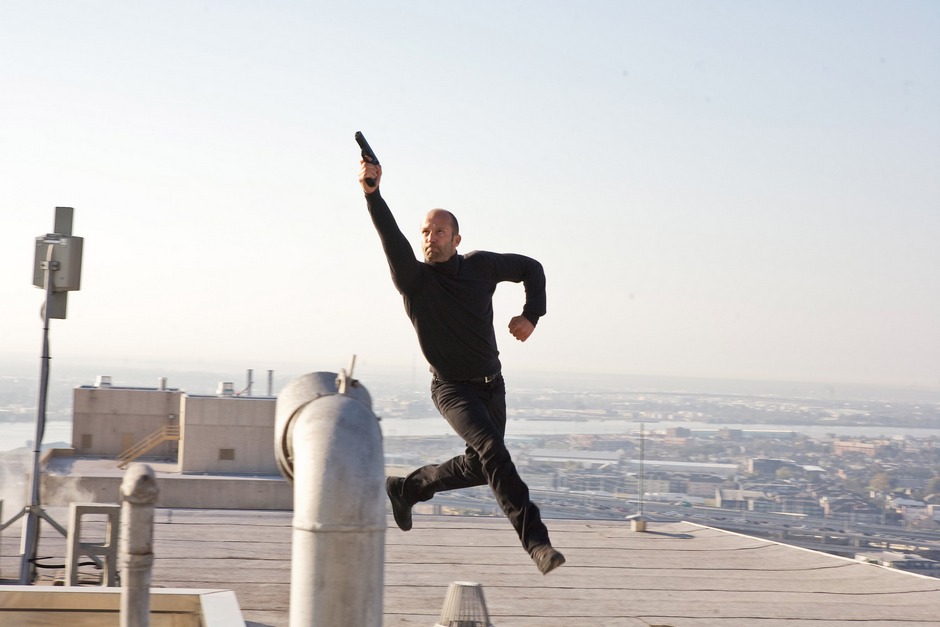 I am cutting my original joke, because this screen shot from the movie is hilarious.

Jason Statham is one of those guys, of course, and the movie opens showing him do that shit. He gets paid mad monies from Donald Sutherland, one of the few people he gets missions from. Good friends they are.

UNTIL TONY GOLDWYN SHOWS UP. He gives him a new mission, to kill Sutherland! Why? Because he might have intentionally failed a mission in South Africa, and blah blah plot. So he does it. Unfortunately. At Sutherland’s funeral, Statham meets his son, Ben Foster, who has that young guy rage. So JS is all, hey lets make him a mechanic too! So he uses him as bait / to help kills, get him in the know.

Sure, there’s the fact that JS killed his dad, and made it look accidental, but that probably won’t come back to bite him in the ass, right? Right! 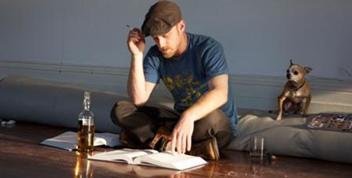 That chihuahua is not Photoshopped in.

Overall though, the story I just didn’t find that interesting. It went the obvious route, especially the supposed “twist” near the end. That twist is actually what was expected. Not having the twist would be a better twist. But you know, billing order and stuff, that matters. Jason Statham is the star, damn it. Acting is as you’d expect for the movie.

Action scenes were fine. But its amazing how these professionals tend to have things go wrong so often, despite all the supposed planning. I guess we have to assume that in the movie, that first success he did is how it normally goes, and that every other time in the movie happens to be not the norm, despite evidence showing the contrary.

2 out of 4.
Tags:2 out of 4, Action, Ben Foster, Donald Sutherland, Jason Statham, The Mechanic, Tony Goldwyn