I can’t remember the first time I heard about the movie The Loft. I do know that it was supposed to come out in the fall of last year, but the date was pushed back til 2015, thanks to As Above, So Below.

Apparently, they were deemed to close and needed a breathing room of about 5-6 months between films. Huh.

Oh, because this is a thriller. A sexy thriller. With multiple people who have been in movies based on comics! Whoa. What could go wrong! 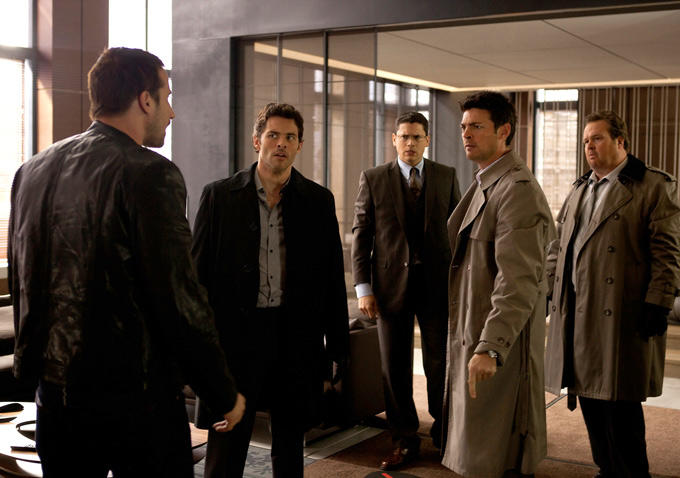 Well, it could be a total sausage fest I guess.

Five men. One room. Lots and lots of extramarital affairs. For whatever reason, let’s just say the extreme influence of a couple of individuals, they all wanted to cheat on their wives. So if they all put in together for a nice Loft in the city, they could go there at any point, sleep with their lady friend, and their wives wouldn’t know. Wouldn’t have to buy hotel rooms, they would be the only ones with a key. Nothing could go wrong.

UNTIL THEY SHOW UP ONE MORNING AND FIND A DEAD HOOKER ON THE BED.

Not just any dead hooker. Sarah Deakins (Isabel Lucas), who most of them had a relationship with in one way or another at some point. Not talking sex. But just general interactions with.

So five guys, five keys. Who did it? Who killed the woman? They can’t just call the police, or else all of their relationships will be rightfully ruined. So through a series of mostly flashbacks, the occasional police interrogation, and just general shouting match, we can maybe piece together who did what. Why people did things. And just who the hell is a killer? 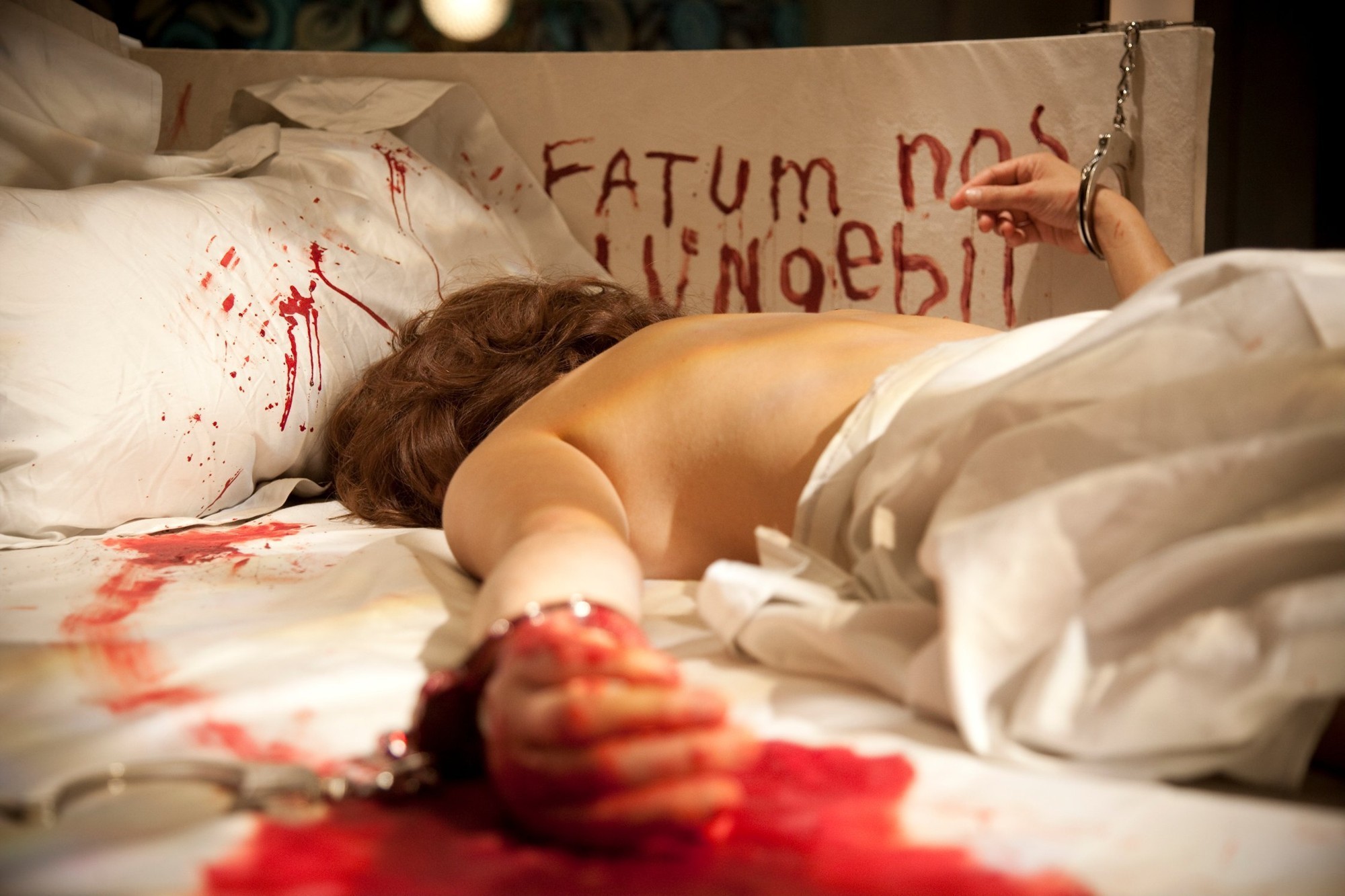 “I’ve never seen so many dead hookers in all my life!”

There isn’t a lot to say about this movie.

It was boring, it was dull, it was convoluted. Everyone is a scum bag, which is a hard film to watch. No one is the guy to root for, you just want them all to lose. Everyone sucks, some people just suck a little bit more.

And really, it was hard to follow at points. With flashbacks, interrogation scenes, and real time, it tried to build up suspense, but made me check the time left instead.

If I had to say one good thing about this movie is that sometimes…every once in awhile, the camera work was pretty nice. I guess? The only other thing I could say is…uhhh.

Well shit. That’s about it. Some nice camera work. Fuck this boring movie.