Hey look, a movie based off a Nicholas Sparks novel that was made a whole year before the movie. Are all of his books just turning into instant movie bait?

Probably. What I also learned about The Last Song is that apparently NC was supposed to host the filming crew, but voters turned it down, so they went to the magical land of Georgia.

Those lawyers must be magical to convince the citizens to provide those kind of tax breaks!

The story stars angsty teen Miley Cyrus and her younger brother, having to atrocious task of living with their dad for the summer in Georgia. Years earlier their parents got divorced. Her dad, Greg Kinnear, used to be a Juliard piano teacher and taught Miley all she knows. She even got accepted to Juliard, but hates her dad over the divorce and refuses to go next year. The brother however was by far my favorite part of the movie. I think he is supposed to be around 10, but he had some of the best lines as he is way smarter than any kid should be.

There is also a love interest in Georgia, played by some nobody Liam Hemsworth. It is ludicrous for him trying to woo Miley. Her character is way too annoying / moody towards him, always going off and on. No way is she that “unique” for him to do that. Probably just trying to get back at his rich parents.

Spoilers? Doubtful. The story is of course how the dad has some late stages of Cancer and actually wanted to spend some time with the kids before he gets all sick and dies. So the story is of course Miley learning of this, and dealing with it, trying to reconnect with the father she grew to hate and also learn to love the piano again.

The story is pretty much expected. The ending goes as expected as well. Everything falls into their neatly packaged pieces. Sure it is kind of sad, but Miley is not a great actress yet. She kept making faces that were supposed to be sad? But just seemed to look goofy. 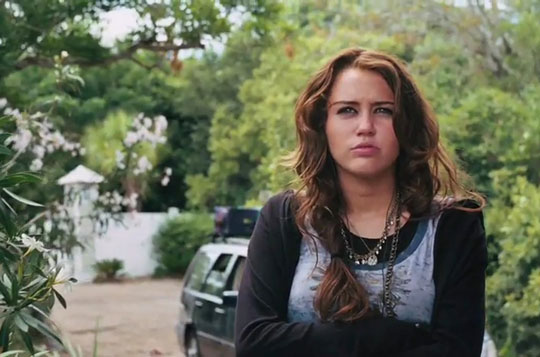 Despite the absolutely nothing new aspects of it, it was still overall okay. Lets say because the little brother kicked some ass.

2 out of 4.
Tags:2 out of 4, Drama, Greg Kinnear, Liam Hemsworth, Miley Cyrus, Romance, The Last Song