It looks like The Last Exorcism went the route of Blair Witch Project. Let me explain.

Blair Witch Project of course redefined horror, viral marketing, and basically introduced us to the found footage genre of film. The Last Exorcism didn’t do any of that, it was just another documentary based film. However (even if you never realized it), Blair Witch Project had a sequel, the Book Of Shadows and it was a “normal film” without the shaky cam feature.

Basically, this was a long winded way of saying that The Last Exorcism Part II also has switched filming techniques to the more standard technique. Just because “Book Of Shadows” was basically shunned and forgotten about with time, doesn’t mean that TLEp2 will also be shitty. 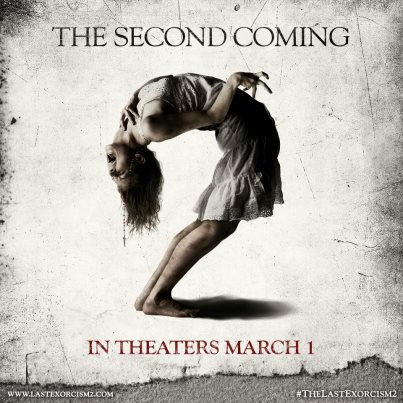 Oh fuck me. What the hell is this poster?

This takes place hours after the first film, with Nell (Ashley Bell) being pretty dang freaky and possessed, running around other peoples homes. Don’t worry, they fix her up real nice. She gets sent off to a group home for troubled girls, after a nice psychological breakdown and she is fixed into realizing that possessions aren’t real and no one is out to get her.

In fact, now that she is in the heart of New Orleans, everything is a lot weirder, especially when she starts seeing visions of her dad and other villagers, including nightmares of her past acts. But she wants to be normal! Not the crazy girl from the cult! She wants a boyfriend (Spencer Treat Clark), real friends (Julia Garner), and not a demon trying to seduce her into a killing fire making machine!

Too bad fate is a bitch. David Jensen, who looks far too much like Edward James Olmos, plays the helpful group home caretaker, and tries to keep her on the path away from all this religious mumbo-jumbo. 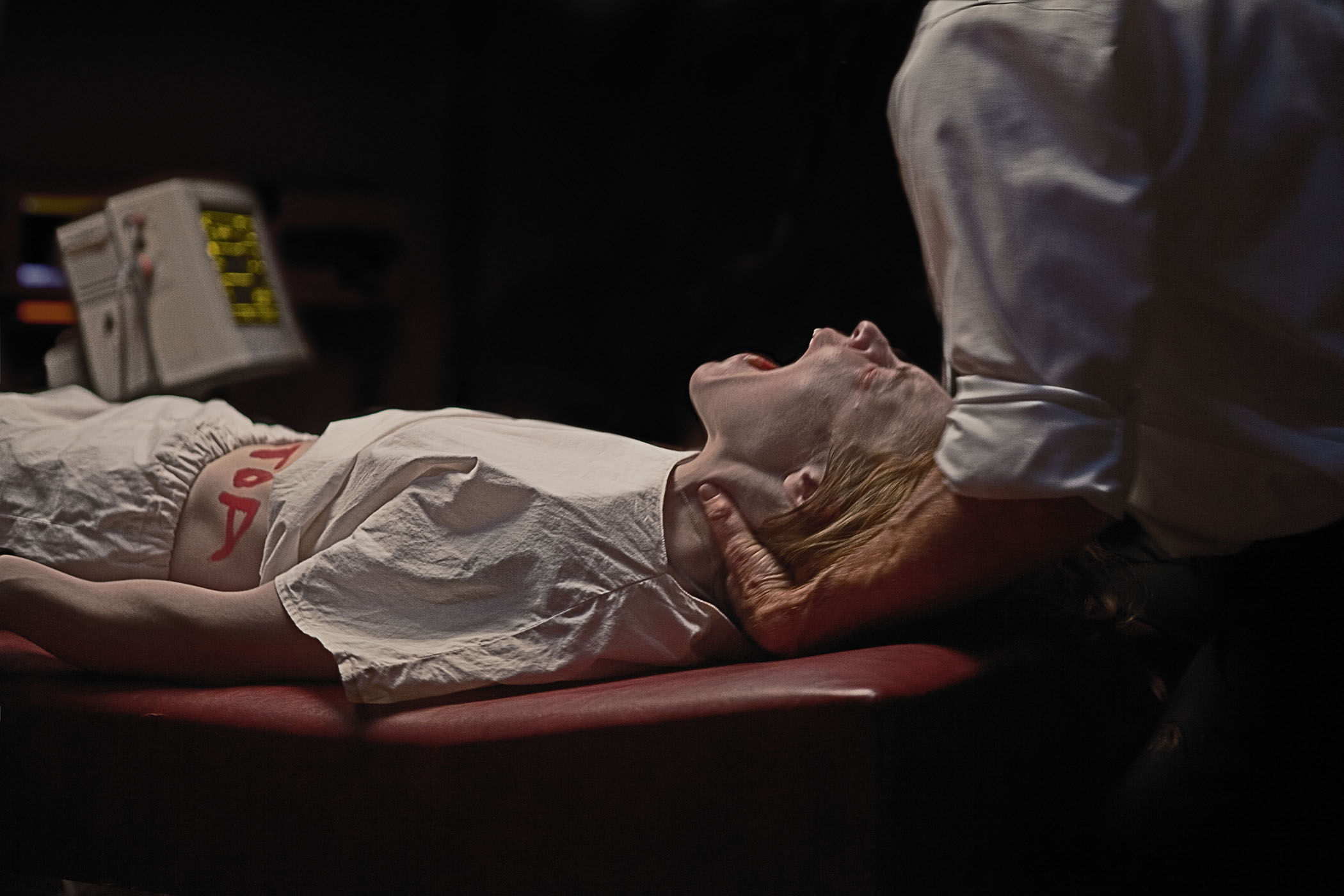 I guess this is that new alternative massage and exorcism technique.

I apologize for the lack of detail in the plot description. Unfortunately, the first movie ends with a twist, and I don’t want to spoil that movie just to explain this one better! Who am I to give away one twist ending to help you figure out the sequel? This movie gives you a brief recap of the first movie events at the start, but does a pretty poor job of it.

When you compare part II to part I, part II is just a mess. Gone is any sort of subtlety, as from beginning to the end, it is entirely full of jump scares and hallucinations. In fact, a scene in the first film where Nell jumps at the camera and screams (a literal jump scare) is spliced into this film at least four times, thanks to Nell’s nightmares. It is weird that in her dreams she is imagining herself wild from someone else’s point of view, yeah?

This movie was so bad that by the end, I thought they were going to actually forget to include an exorcism. The exorcism in question was extremely different than your average movie exorcism, so there is a unique plus.  Unfortunately, most of the film is based on the plot from the last 10 minutes of the previous film, which in itself was confusing and left you with questions. Did this film answer the questions? Not at all! They basically ignored them and brought up even more confusing plot lines.

While the end of part I was rushed and confusing, the ending of this film is actually laughable and definitely bad. It almost felt Carrie-esque, but with no sense of fear involved. I was shaking my head the entire last few minutes, ready to get out of this mess of a film.