He was called The King of Rock and Roll, because people went nuts for him. His moves, his words, his sex aura. He was a musician famous across the world despite only playing in America. He was in the army for a couple of years. He was an actor for a long time after that as well. And eventually, he died, and then fat people in suits pretended to be him for decades after that.

What I did know, and have learned in the past, is that Elvis didn’t invent Rock and Roll. It is very apparent, if it wasn’t at the time (it was) that Elvis was just singing and playing music already played and made popular by black people at the time. But because Elvis was white, he was able to make it popular, more acceptable (despite plenty of protests) and it elevated him into superstar status on the shoulders of others.

Of course, this is all information they go through in the documentary too. It is just what I really knew going into the movie, so I was ready and waiting to see how they would treat this subject. 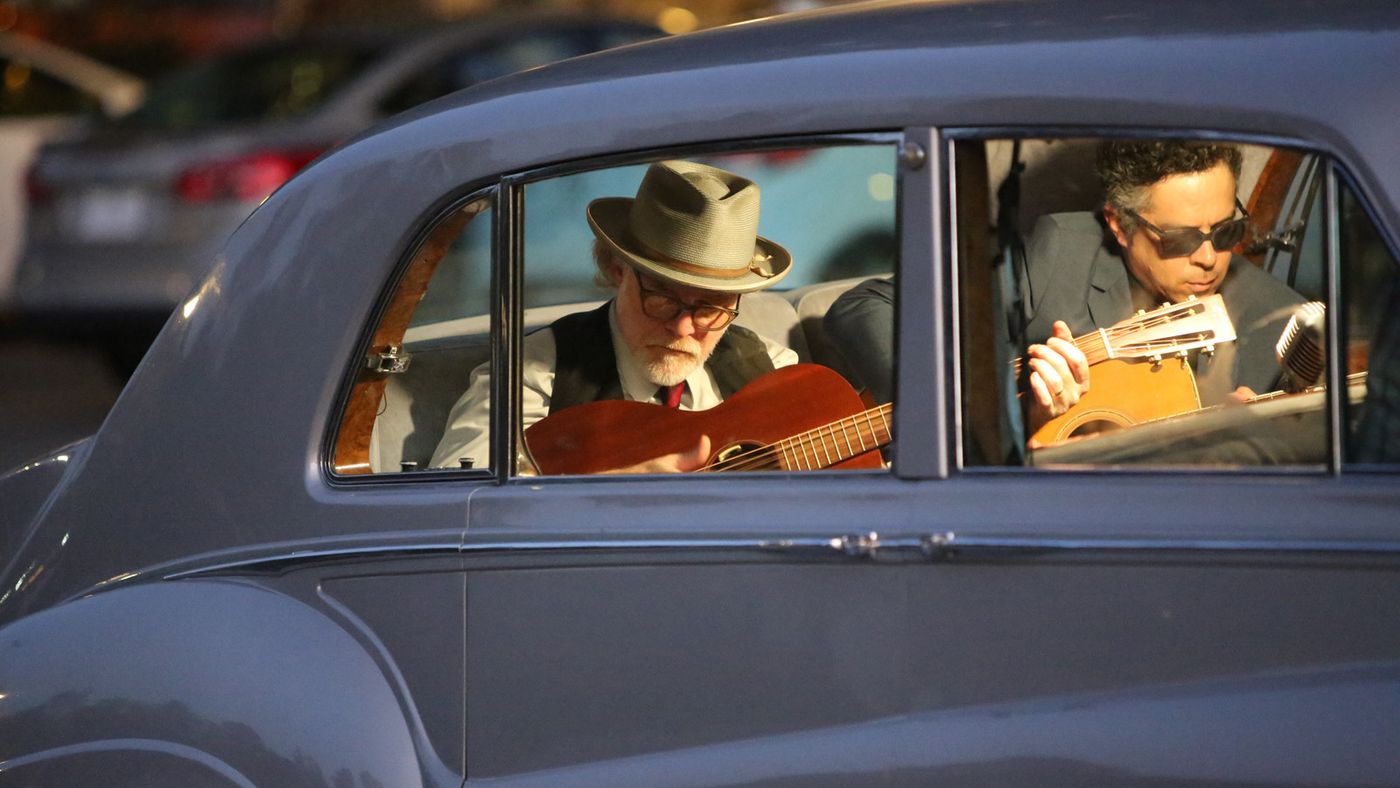 By having people sit in his old car.

Technically, this documentary as the filmmaker going around with the actual automobile owned by Elvis at one point, and having famous people and musicians sit in it (some of the interviewees include Ethan Hawke, Alec Baldwin, and Chuck D). Some of them are telling his history, some telling how he was perceived, and some just want to get that vibe. But we get to hear them talk, amongst other interviews of people talking.

Despite it being the “point” of the documentary if you describe it in a line, it ended up having very little to do with the overall message and purpose of the documentary. More of it was on just Elvis and his history and life. And, as they make it abundantly clear, it is also a bit about the history of America, how it changed with the times and as it got to where we are now. It has several montage things that lead us to (you guessed it) the presidential election. And the documentary is trying to relate all of this to the life of Elvis.

And well, uhhh. It kind of never really connects for me. It feels like two completely different aspects. The life of Elvis, and then this other stuff, that is not at all gone into tons of detail. It tries to be bigger than it is and just seems to fall flat on my end.

I like that they tried something new, but it has to be a lot more straightforward to drive those bigger and bolder points they were hoping for.

1 out of 4.
Tags:1 out of 4, Alec Baldwin, Chuck D, Documentary, Elvis Presley, Ethan Hawke, The King