No, don’t worry. This isn’t another dang review about another movie about doppelgangers. But if you want to see those check out The Double, Enemy, or The One I Love.

This is a story about the disappearance of Nicholas Barclay, a 13 year old boy from San Antonio, Texas. This was in 1994, so you probably didn’t hear about it. Which is why you also might not have heard about it 3 years later when he was reportedly found alive in Spain. Kind of messed up and traumatic, but alive.

However, no one could have guessed at the time that it was actually Frédéric Bourdin, a 22 year old French man. 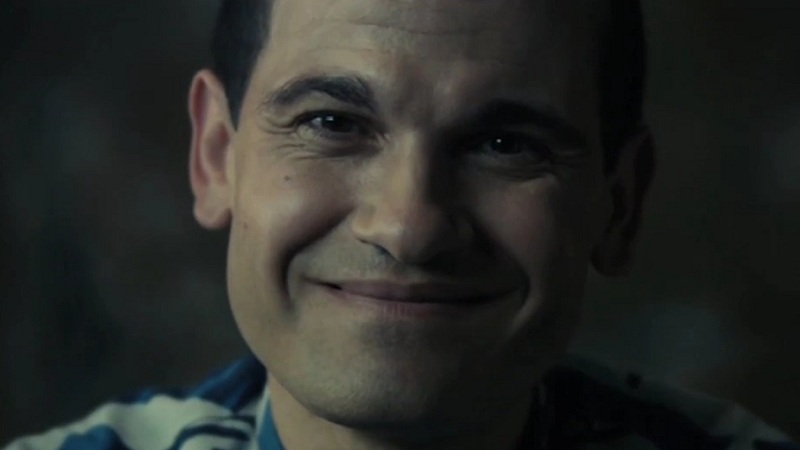 Typical French smug look on his face too.

What can drive a family to think that a complete stranger is actually their missing son? Especially when traits such as eye color, accent, and body type are all different. That is what this documentary strives to answer.

The documentary uses some actual footage from the 1990s, both in terms of hand held cameras from VHS tapes and news footage about the incident. But for the most part footage and narration comes from two ways. From Bourdin himself, and from the family members of Nicholas who are telling their versions of the events of that story.

They also recreated some scenes to add a sense of tension to it all, to recreate the initial call in to police and all of that. And man. EVERYTHING IS SO INTENSE. I was captivated throughout the documentary, I wanted to absorb all of the information. The music they used and the scenes created such an eerie vibe that I was able to label this a Thriller and a Documentary.

Who is to say that documentaries cannot make you scared? Not like someone is going to come out and get you. But at the lengths a person, a real person, might go to in order to get away.

I don’t want to talk more about it, because it is such a unique discovery and journey that the film takes you on. Definitely one that came out of nowhere for me and is highly recommended.

4 out of 4.
Tags:4 out of 4, Documentary, Frédéric Bourdin, The Imposter, Thriller