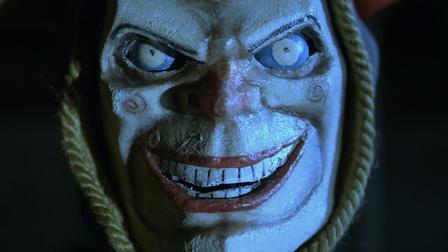 Oh. This isn’t that funny anymore.

Dane (Chris Massoglia), Lucas (Nathan Gamble) and their mom (Teri Polo) are moving to another new home, in another non descript good old fashioned US City.

The kids find a hole in they’re basement. It is deep. It is dark. So dark. Oh well.

Eventually they start seeing weird things happen. You know, a puppet moves around on its own. They see a tiny (dead?) girl creeping around the house and going into the hole. Just a lot of weird things. They also introduce their neighbor, Julie (Haley Bennett), to the hole, and it goes okay.

After talking to Creepy Carl (Bruce Dern) who lives down the street, he claims the hole as existed since the first fear existed. That’s right, it may be a funnel to hell, but it scares you with your greatest fears, and manifests them into a real entity that can hurt you. Shit. And these fuckers had to go and open it, dooming everyone. 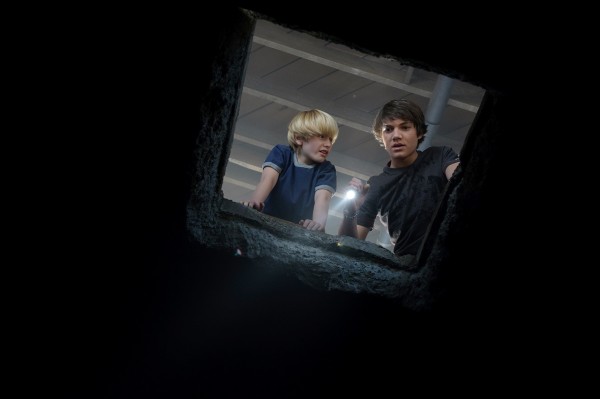 The only reason I decided to watch The Hole is because it was directed by Joe Dante, who brought us Gremlins and Small Soldiers, both scaryish films but decent for kids in their own ways. I like them both, and nostalgia aside, I think they are both rewatchable many years later. So I was hoping this movie would be similar to them in nature.

Well, I don’t think The Hole is really similar to them at all. Sad but true.

It goes for a horror-esque element, but nothing felt terrifying, just hokey. Hell, Small Soldiers still kind of frightens me when I watch it. This one is just lacking any of the same humor level and fear. It is just some kids being kids. Not an exciting topic for this adult.

This story reminded me of another horror movie I saw in my youth. The Gate. In The Gate, a group of kids find a hole in their backyard, not their basement, and it leads to hell. Demons come out, scary shit. I remember it vaguely, I remember it terrified me, even though it was PG-13 and I was the appropriate age. I can’t imagine anyone finding this one scary. So yeah, a very similar story. Not too original Joe Dante.

Shit. The Gate had a young Stephen Dorff in it. Very surprising, he grew up to be famous! I wonder if any of these kids will matter in 10 years. (Probably not).