Road Trip movies are a tried and true comedy vehicle. By tried and true, I of course mean generally the same thing every time. After Planes, Trains, and Automobiles, you will mostly find copy cat films, and films who just try to out gross one another for shock laughs.”The Guilt Trip actually tries to use this same plot line, but instead feature a man with his mother. 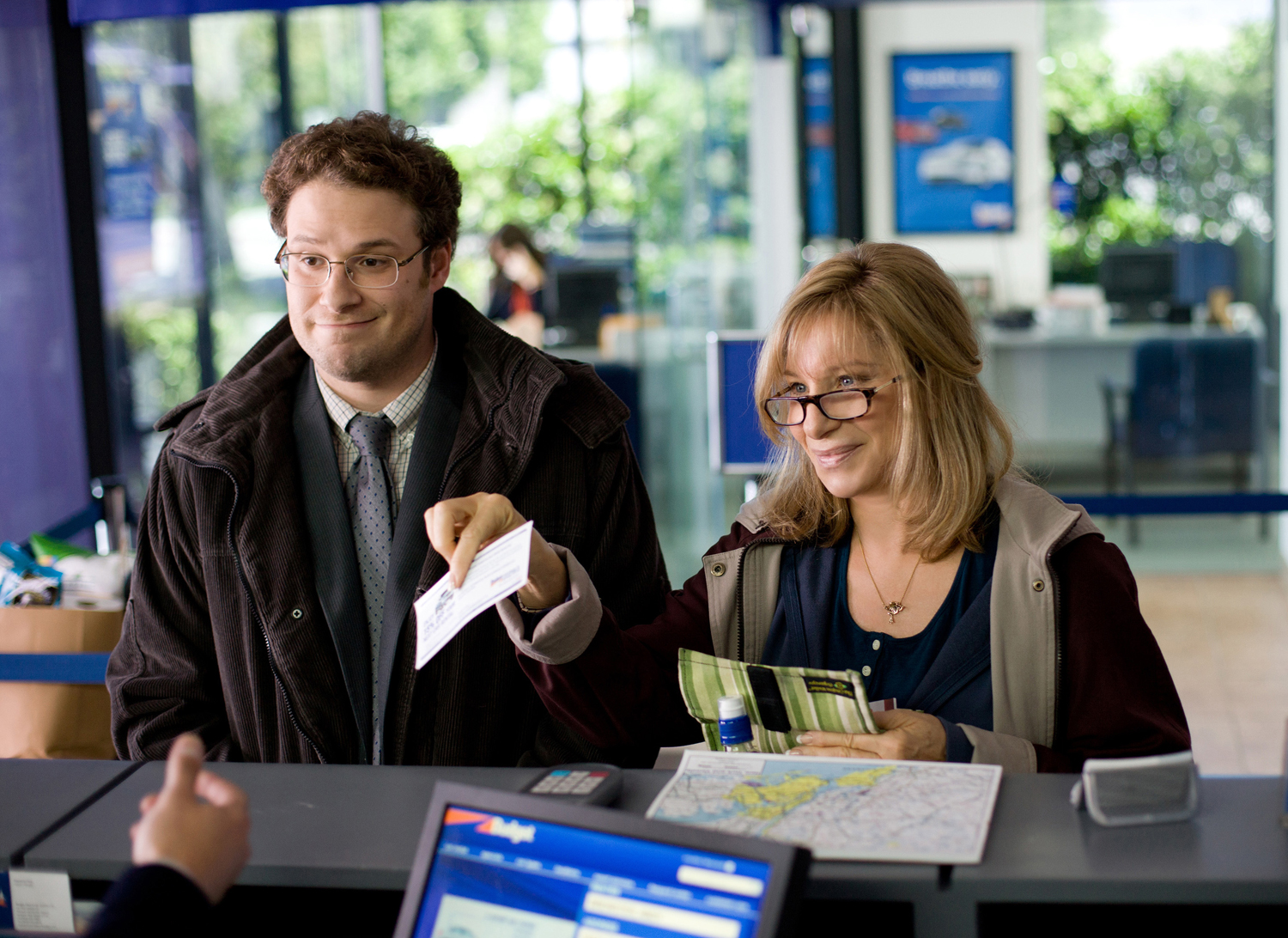 Oh and they are Jewish. Because those jokes are easy too!

Andrew Brewster (Seth Rogen) is your average middle aged male, assuming average meant FDA biochemist who has spent the last five years designing a new cleaning product that is 100% safe in the household. Unfortunately, because he is a scientist, he is not a people person, so selling his product to big companies is turning out to be a hassle. But he has put all of his time and money in to it, so his drive across the US to the corporation headquarters is his last big hope on making a name for himself!

Before he goes, he starts off in New York, to visit his mother Joyce (Barbra Streisand). Well, she gets all emotional and talks about his lack of a love life, while also mentioning her first true love, before she met his father. Turns out that old lover is a big advertising man in San Fransisco. Maybe, just maybe, he can make it his last stop and reunite his mother with her old fling, while also getting his product out there?

Nah, a son wouldn’t potentially use his mother like that, would he? Would he?! The Guilt Trip also features smaller roles from Brett Cullen, Yvonne Strahovski, Colin Hanks, Adam Scott, and Ari Graynor. 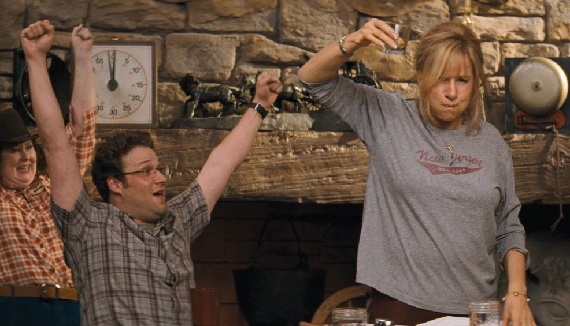 Also, where are all these restaurants with giant steaks that you can get free if you eat them? I have never seen them, but oh boy would I like to.

While obviously starting out as a comedy, the film quickly transitions into a drama when they find themselves on the road. Both of our main characters have love issues, Andrew has a failing business that can’t even get off the ground, and they have many unresolved issues with each other that they never talk about. By the end, I can honestly say I was tearing up a little bit. Both characters were able to grow through the journey. However, it took a bit longer than I would have liked, even in film time.

Unfortunately, it really wasn’t that funny when it was came time for laughs, which is also how the movie was advertised. Sure, some of the scenes were maybe amusing, put a small smile on the face, but it was pretty average overall. Some of the funnier moments in the trailer were actually not in the movie, but in the extra scenes during the credits. Gotta love it when they advertise things not found in the actual movie!

Overall, most people will find The Guilt Trip to be a pretty poor comedy, which I could agree with. But if you are a sucker for parent/child relationships in the older ages, then you will probably enjoy this film a lot more for its dramatic moments and heartwarming story.