Ah-ha! When there is no movies to watch during a weekend (cause of screw ups) I have to resort to back up plans. Unfortunately, there is only enough movies in my backup plan to last this weekend, so instead of depleting that, I am going for back up back up plan. Movies I kept avoiding for no reason. And with that, The Green Hornet! 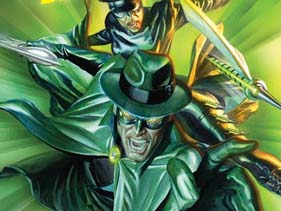 Which I think would have been sexier as a CGI movie myself.

Seth Rogen is a spoiled playboy. His dad runs a large newspaper complex, so he never really has to work. He always wanted to do right by people, but got in trouble as a child. So he felt like his dad never cared! But then his dad dies. OH SHIT. He is in charge now of his shares? And in movies, if you control 51% of the shares or more, you can do what you want. He gets all mad and fires everyone in his house.

But finds out his coffee sucks, so he rehires the coffee guy, who also is good with cars, Kato (Jay Chou). Kato is also good at every other damn thing in the world. In case you didn’t know the Green Hornet is all Kato being a bad ass, and Green Hornet being not as cool as Kato, which the movie tries to show.

Blah blah, eventually they try to fight crime, and succeed, but are scene as criminals. Because he now runs the paper, he can have them publish stories on them and sell his image! Even if Edward James Olsmos says it is a bad idea, the oldest editor there. Also there is Cameron Diaz as criminologist secretary. David Harbour and Christoph Waltz are also in the movie, not necessarily as “bad guys” but big dicks. 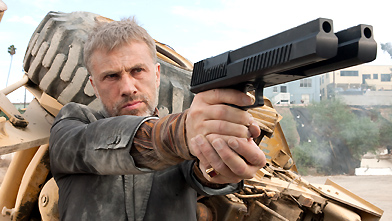 So this movie has everything you’d expect. Small humorous quips, badass car, Kato being a badass, eventually Green Hornet and Kato fighting and no longer being friends, Green Hornet wanting to tap Cameron Diaz, betrayal, the death of a hero, and everything. Seriously. Everything is pretty much expected.

It wasn’t the funniest movie, nor did it have the best action. Hell, even the plot was just okay. I think the reason I put off watching it is because of the drama that went into finally making it. Pretty much a decade of problems, with a lot of possibilities of much cooler movies based on the actors previously put into the project. But we got Seth Rogen, so I can’t help but be disappointed.

Overall, the movie was decent on its own, but kind of felt like it brought nothing new to the “hero genre”. Afterall, Hong Kong Phooey already brought us the “bad ass sidekick” concept in TV/Film before Green Hornet (which yes, existed way before Hong Kong Phooey. But still. That was radio and then comics). But was it bad? Not really. Just okay.