I bought The Good Night because of the cover. It was dramatic enough to make me intrigued. Definitely followed a formulaic approach though. 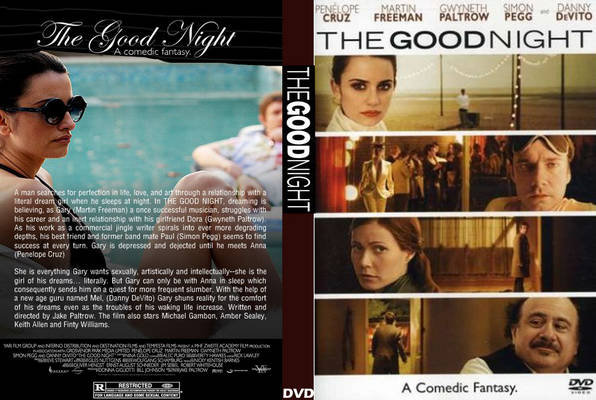 Look at them. All on the sides. Looking at us. Looking for love.

Turns out this is a movie about lucid dreaming. So that’s what the title is about! Sleeping and dreams. Because that shit happens at night.

Martin Freeman is “happily” married to his wife, Gwyneth Paltrow. And by happily, I of course mean stale. He is also having problems sleeping, in that they seem way too real to him making him wake up a lot.

He continues to see this vision of a girl (Penelope Cruz) who he can understand perfectly even when she doesn’t speak. But he never finishes these dreams before the good stuff happens, so he wants to figure out how to control his dreams. He ends up meeting Danny DeVito‘s character, an expert on Lucid dreaming and begins to take control of the dreams. But not enough, he still sometimes encounters dream monsters, which usually take the form of a group of Brazilian men.

This obsession with his sleep and his inability to get enough of it drives a wedge in his marriage. Doesn’t help that his best friend, Simon Pegg, is going through a divorce at the same time. Makes breaking up seem like a natural thing.

Oh yeah, and he has found the real woman who has hijacked his dreams. Turns out she is a famous model, and he probably saw her in a magazine before. So yeah.

Will he let his dreams conquer his real life (and love life)? And can the literal woman of his dreams live up to her hype? 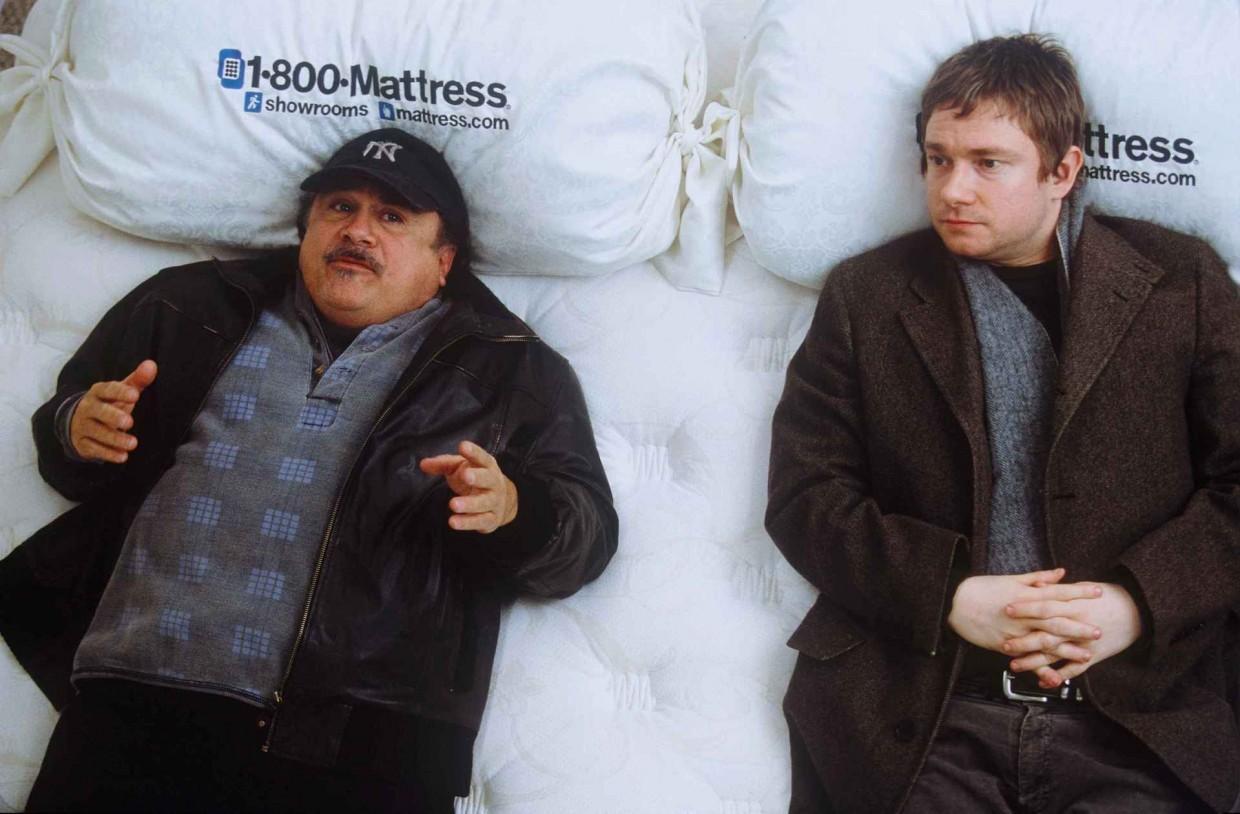 There isn’t really many good action shots to pick from for this picture. So here is something even better, Devito in a bed.

I will label this as another just weird and different movie. When dealing with dreams, you unfortunately get the main character dreaming a lot. When you are in a dream, weird things can happen, and you might not know you are in a dream. So things tended to happen unexpectedly, and honestly, I am not sure if half the things in the movie happened, that I think happened.

There was one moment near the end where I kind of screamed a bit, just because it definitely was unexpected. And it was real at the same time. The ending overall is kind of sad, yet sweet at the same time. Appropriate, and horrible. Gave it a neat package without being expected.

But the ending was also better than the middle and beginning, unfortunately. Where I found myself bored a lot. But hey, points for originality and a nice ending.