I wouldn’t consider myself a gambler. The one time I got to go on a river cruise, I left broke and learned a valuable lesson. Never lose out in the first hour of a three hour cruise. The last two will feel like forever. Might as well just slots the whole time instead.

The Gambler came out on a Christmas, and once I found out it was doing that, I would have bet money on it making close to nothing. I think I would have won that bet. Despite its technically A-List celebrity lead, it was barely advertised, and was a very awkward movie to come out on Christmas. There isn’t a super ideal demographic that it is appealing to, at least not one that might be wanting to go see movies on Christmas.

But again, I don’t gamble. Not with my own money. I now prefer gambling with higher stakes, like when lives are on the live. Then it is more than gambling. Then it is charity work, kind of. 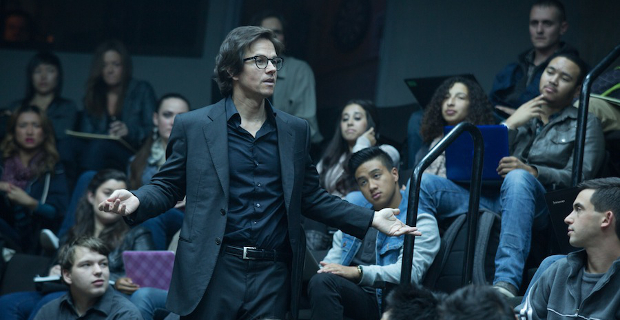 Like teaching (for pay) entitled college kids at a big university is charity work.

Jim Bennett (Mark Wahlberg) is not your typical heir to a huge fortune. Well, he is in that he became a writer, because only rich people can be writers. He made a good book and rode that success into getting an English teaching gig at a University. But he hasn’t written well sense then.

Oh, and he owes hundreds of thousands of dollars. Not to something decent, like, tax people, or people his corporation stole money from. Nope, he owes it due to gambling a whole bunch, borrowing money to gamble, and never paying it back. Every time Jim gets some money, he gambles it for more and never knows when to quit.

Sucks! Especially when he starts dealing with more and more violent people. He owes money to quite a few by the movie end (Alvin Ing, Michael Kenneth Williams, John Goodman). And these people have a code. They have RULES. This isn’t ‘Nam!

We also get to see his very rich mother (Jessica Lange), the only person in his class with writing talent (Brie Larson), and a huge star college baketball player (Anthony Kelley) who might get picked #1 overall. Seems relevant. 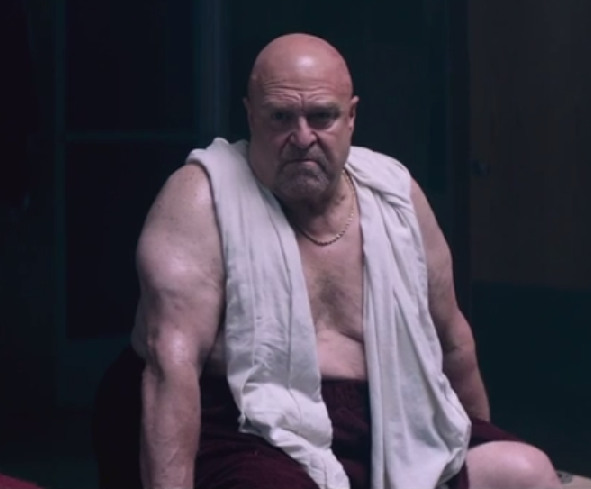 “Shut the fuck up little Donnie!”

Movies about gambling usually involve smooth talking con men, or men who are smart and can out bluff opponents with their sweet or non sweet poker hands. This movie is just about a guy with a problem.

Gambling addiction is a real thing. So are nervous breakdowns. All of this can make compelling film, usually things that will be overly dramatic and make me cry. But those types of stories require either a better script or better acting, both of which this film is probably lacking.

I am not saying anything is wrong with any of the actors in this movie. They all did fine. No one really stood out as great though. Maybe this new guy, Anthony Kelley, he was pretty good at his smallish role. Everyone else was just very “mehhh”.

And of course it is disappointing that the movie didn’t have anyone being a smooth talking con man or smart battle of wits person. It was just all a regular dude who ranted to his university class and could take a beating. It tried to avoid cliches throughout, but the ending was a bit terrible, ending with some cliches and just ending…well flatly. It was extremely disappointing, and again, I wonder why the fuck this came out on Christmas.