The FP was the third movie added to my Apocalypse Week, after the This Is The End and Rapture-Palooza. Before I describe it, you will want to know how I found out existed.

The main character from this movie, JTRO, was actually in This Is The End, as a cannibal near the end. Same costume, random as fuck cameo that most people won’t get from this vague vague movie. Yep.

But here is how I was introduced to the movie, through the IMDB description.

“What? Don’t be a playa’ hata’, we just want to dance!”
Right now you are probably thinking “Nope. No Way. No way at all. This is fake.” Too bad. This is 100% real and happening. And also a parody. Need more proof. Look below.

No words needed.
Yep, they are dancing alright. But what makes it deadly? Nothing. From what I could tell. I thought the loser would get killed or something, but no, they just dance for street cred.

Well, when the two gangs are fighting, BTRO (Brandon Barrera, who looks a lot like Josh Radnor in that first picture.) is going against the other teams leader L Dubba E (Lee Valmassey). Unfortunately, during an extremely challenging song, BTRO finds himself losing and eventually dies.

How? I dunno. Heart attack or something. But his younger brother, JTRO (Jason Trost) is completely miserable after this battle, so he swears off the gang and runs off on his own, never to dance again. OH NO!

Well, years later, Frazier Park is in ruin. The other gang has won and it sucks. After a series of big speeches from KCDC (Art Hsu), he comes back to the fray, earns some more street cred, and challenges L Dubba E for the title again. 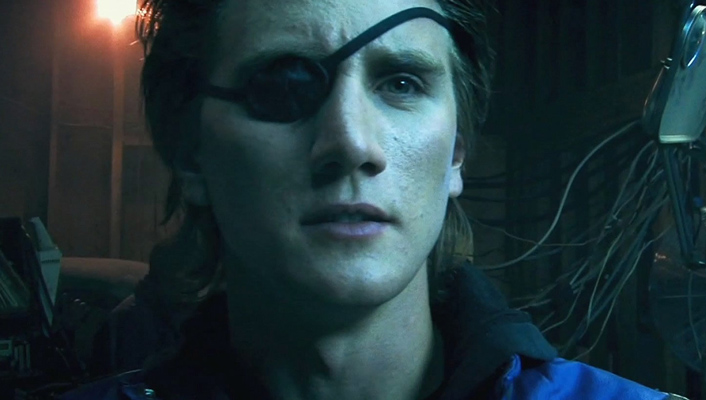 Also he has an eyepatch. For some reason.
I feel like I should mention more names of people in this movie. Like Stacy. Okay. That isn’t weird. How bout Beat Box Busta Bill, Sugga Nigga, and Stacy’s Dad. Damn that last one is weird.

Either way, this movie is completely ridiculous, as expected. But it wasn’t ridiculous enough. It is clearly a parody, everything is over the top, the dialogue is ridiculous, it cannot be meant to be taken seriously, so I won’t.

But seriously, where is my deadly DDR game? They only danced a few times in this game, and it all looked tame as shit. I wanted more extreme.

Maybe that was the parody part. Making me wish it was better? Either way, I can’t give it an amazing review. Just because the movie was a lot tamer than I would have hoped.