I have apparently not reviewed a single movie that includes any of the four main actors/actresses from The Fighter.

That is odd, given the list, and that I know I have seen many other movies from each one of them. I think we can all agree that the fault lies with the reader, for not requesting more of their movies to be reviewed. Yes. 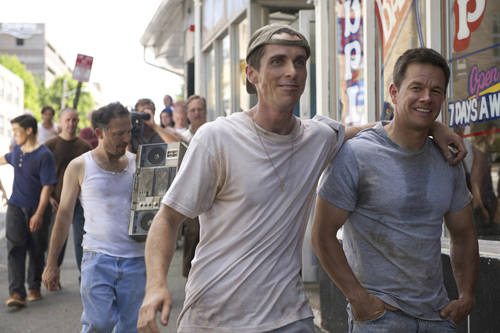 Really. Isn’t this movie about friendship and not fighting and crack? Right?

Movie begins with a movie! Well, a documentary being filmed. Christian Bale‘s character used to be a decent boxer from Lowell, Massachustes, and claims to have once knocked down Sugar Ray Leonard in a fight (When in actuality he tripped). But since then he is on crack cocaine, and kind of a annoyance to the city. He believes the documentary is about his possibly comeback. Also involved is his brother, Mark Whalberg, who never really became a successful boxer, and is more of a stepping stone for up and coming boxers.

Ah-ha! This movie is actually about Marky Mark. Finding possible love in Amy Adams, and possibly disappointing his quite large family. See, Marky is starting to hate his family. In an early fight, his opponent his ill, but they agree to let him fight an obviously bigger opponent, putting him at a huge disappointment, so they can get that monies. He broke his hand and is seriously considering leaving them all, with Amy, to go to a non family operated training facility, where he actually can make money just training for fights. This also makes his mom, Melissa Leo, pretty upset. And her gaggle of daughters.

I feel like going into more detail kind of spoils it all. Lets just say that the documentary isn’t what he thought it was, that someone might end up going to prison, and the movie might end with a certain family member overcoming all the odds to win. And maybe bigger family disputes and eventual forgiveness. 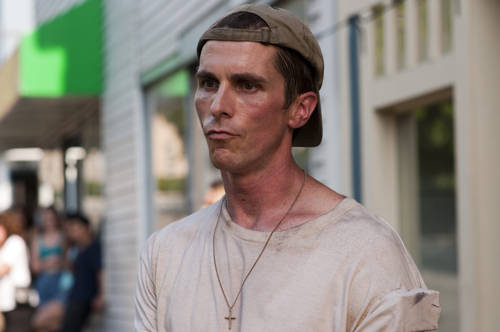 Fighting aside, the star of this movie is Christian Bale. He was nominated for Best Supporting Actor and won that shit hands down. Melissa Leo was also nominated for Supporting Actress, and also won. You know who wasn’t nominated? Whalberg, the dang main character. Bale took this role to heart. He lost tons of weight, to the creepy skeleton looking face, to try and be a crack addict. He also did a lot of fast talking and it just felt real.

Only reason I won’t give it a 4/4 is because the the “side story” (arguably still part of the main story, but come on, its not “the main story”) is better than the main story. Marky Mark does a good job, and even Amy Adams plays her roles as Yoko Ono pretty believable. But while watching it I didn’t care as much about the boxing aspects, just the family stuff. Because that was cooler. Unfortunately, it being a “True story” and all, the boxing had to happen instead of something sexy like Curling.