Other times, they tell you jack shit. Seriously. The East? I am a fan of cardinal directions as much as the next guy, but the title should try to grab in viewers. It should be special.

I feel like I know nothing going into this film! Oh wait, that is completely true. Sexy. I love blank slates. I just hope I don’t get it confused with The West. 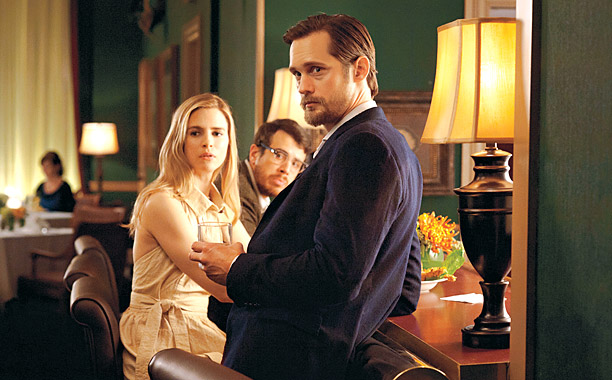 Shit, that joke was so weak, it brought one of our main characters to drinking.

Eco-terrorism often gets frowned upon…and rightfully so. Fuck terrorism in general, but I kind of super hate eco-terrorism. Eco-terrorism punishes humans for crimes against the environment or animals, which is never never okay. Seriously. Humans are far more important than both of those things, so I really hate it. Fuck PETA, fuck Whale Wars, fuck all of that stuff.

Hmm, I hope I am not biased.

The East is an secret Eco-Terrorist group that may be a complete fiction. The film starts with a few of their members throwing mass quantities of crude oil into a rich guys AC unit, probably ruining his house. He also was responsible for an oil spill and didn’t really try to get his company to clean it up. That is more acceptable I guess.

Sarah (Brit Marling) gets a job at the start of the film in a company lead by Sharon (Patricia Clarkson). Long story short, she is to find and infiltrate The East movement. They are a security company, and they want to prevent future attacks on their customers, while also proving that they have the best intelligence unit.

Guess what, she does it! Yay. Being smart is awesome. She is able to find their small mountain society, with a very free spirit loving culture. It is lead by no one, technically, but we all know it is lead by Benji (Alexander Skarsgard), because he is charismatic and has a beard. Other high members include Izzy (Ellen Page), Luca (Shiloh Fernandez) and Doc (Toby Kebbell), a doctor. Nice name, doctor.

As Sarah tries to work to destroy the society from within, she must first become one with their ways and ideals. Like every spy cult movie before it, she might have some difficulty keeping her own priorities straight and not getting lost in the message. 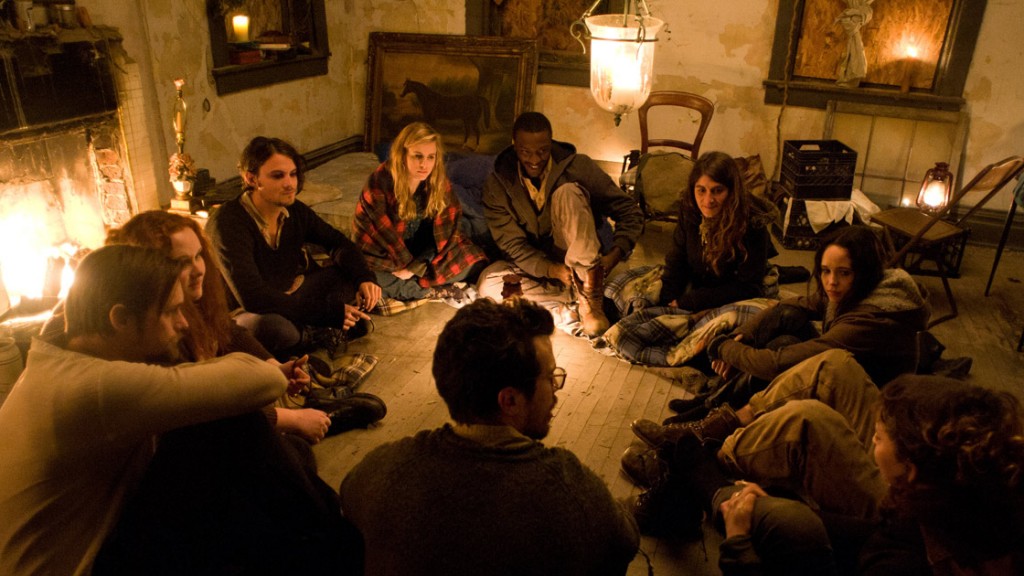 Yeah, I know I came in a bit biased, hating eco-terrorist groups, but really, I don’t think that affected my thoughts on this movie.

They don’t do too many acts in the actual film, because they don’t want the new girl knowing too much right away. Pretty smart, given the circumstances. The reason my biases shouldn’t matter is that the only two or so acts that they do in this film are all pretty reasonable. They are both related to punishing people for hurting other people, a noble endeavor. They both also prove a point in a way that makes sense. Again, I am fine with what the group did.

The acting itself is decent overall, but not anything I haven’t seen before.

I, however, hated the ending of this movie. It was a mess. I can say I didn’t see it coming, but eh, a shocking ending doesn’t mean it is any good. I say it was a mess, because there was so many ways it could have gone, that when it finally decided on a path, it then immediately ended and I was just left wondering why? Why is that the best actions to take? To me, it didn’t make a whole lot of sense, so I almost felt like I wasted two hours getting to that point.

Again, decent acting, I especially liked the Ellen Page “lake side” scene. That sounds pervy, but really it was for the good acting. Just it had a plot that I was unable to ever really get attached to, with a poor ending.