The Dig is the next of these big movies that Netflix plans on releasing weekly. The one I very recently did before this was The White Tiger, and there was also Pieces of a Woman, and damn it Netflix. Where are the shit films?

Well, despite this being an intro, I can technically say this is the shittiest new to Netflix film this year that I have seen, but the film is not inherently shit. One of those strange situations.

I shouldn’t have to wait for The Kissing Booth 3 to get something potentially bad though. Maybe they are hiding the bad movies from me. Yes. That must be it. 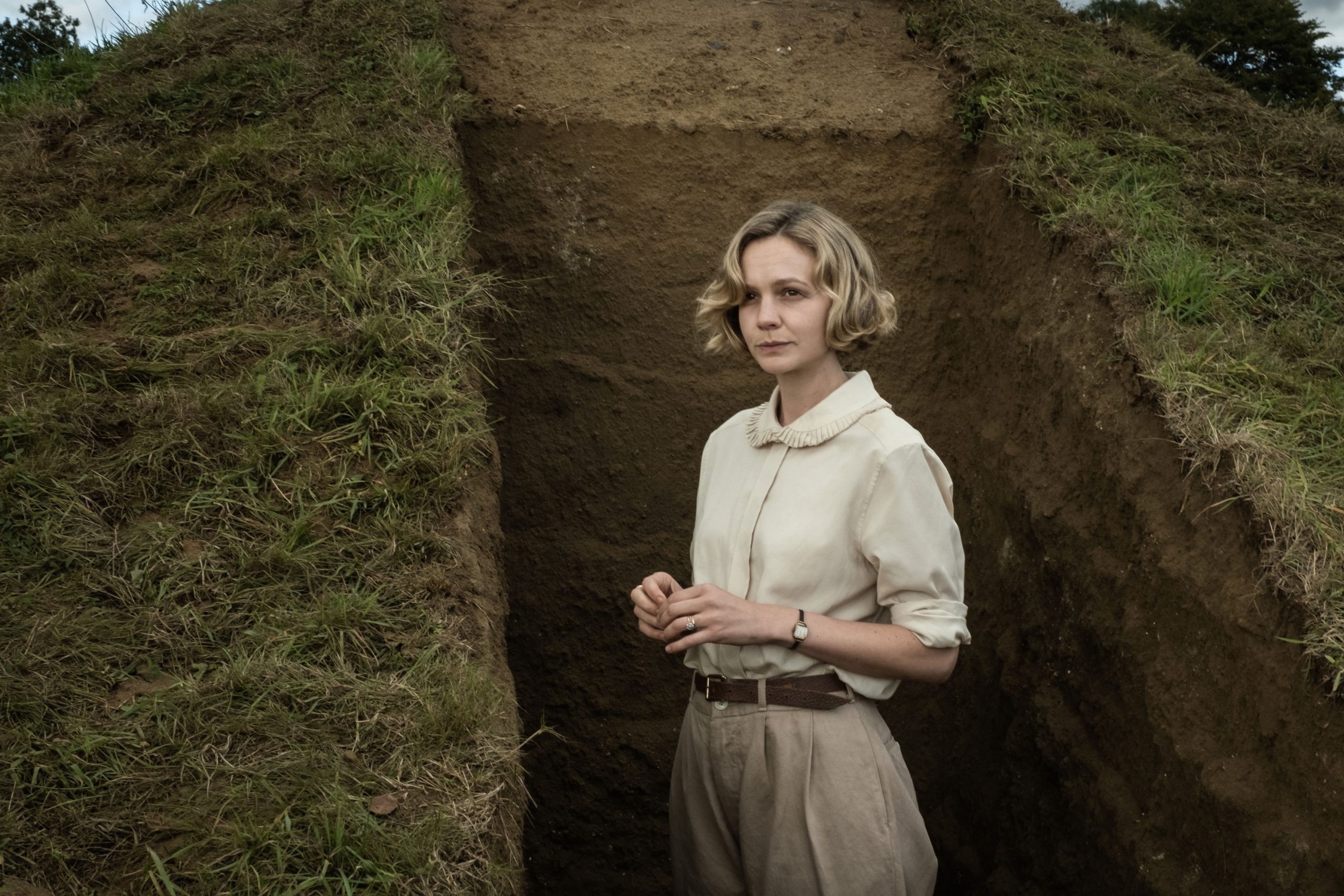 Picture: A woman and her hole.

In 1939, Edith Pretty (Carey Mulligan) is wealthy and owns a good chunk of land in Great Britain. And she is a widow. And on her land are a few interesting mounds that she believed, along with her late husband, to maybe hold some great old architecture or burial site. And now that he is gone so early and tragically, she wants to hurry and carry out a dig of the site to find out if there is anything down there.

She wants to hire a guy known by reputation and not by official degrees, Basil Brown (Ralph Fiennes) to survey and dig her land, and apparently at a higher than normal rate, because he is allegedly a great archaeologist.

Picture: A dirty old man creeping on a young widow.
Surprise! The Dig is a true story, and it is really just a specific time frame bio of Basil Brown, which is most certainly an Archaeologist whom you have never heard about before. Which I guess can be a reason for the movie to exist.

Apparently in the area he was known as being amazing, and they showed that in one scene because he was sought after. But due to his lack of credentials, it took awhile, even for things he helped dig up and discover, to mention his name as part of it.

And well. Sure, okay. It is an okay story. It has fine acting done from the two leads. But this is a film that also seems to need the sub plots purely to pad the length of time of this movie, to give us more characters to care a bit about. But honestly, a non-real love triangle, because of a character hiding their gayness, and someone being sent off to fight in the war, and all of that, have nothing to do with our main two characters. They are just other people on the dig. Are they even real? I forget if the end told me that. It just feels so indifferent to the story.

It is good for side characters to have small arcs and growth as well, and not just be two dimensional. But these stories took away from the main story, which admittingly could not stand on its own legs. It needed more. Or, maybe, it just needed a lot less, with a shorter run time.