The Call, The Call. What can I really say about this movie that the 2.5 minute trailer didn’t already say for me? Shit. I have talked about bad trailers before, but this one is high on the totem pole. Listen people. If a trailer tells everything that happens in your movie, there is no need to watch the movie. Why have 118 more minutes of filler?

Fuck you The Call trailer. It is why I put off watching it for so long, just because I felt like I already watched it.

Well, maybe The Call will be bigger than the trailer itself, and more exciting? 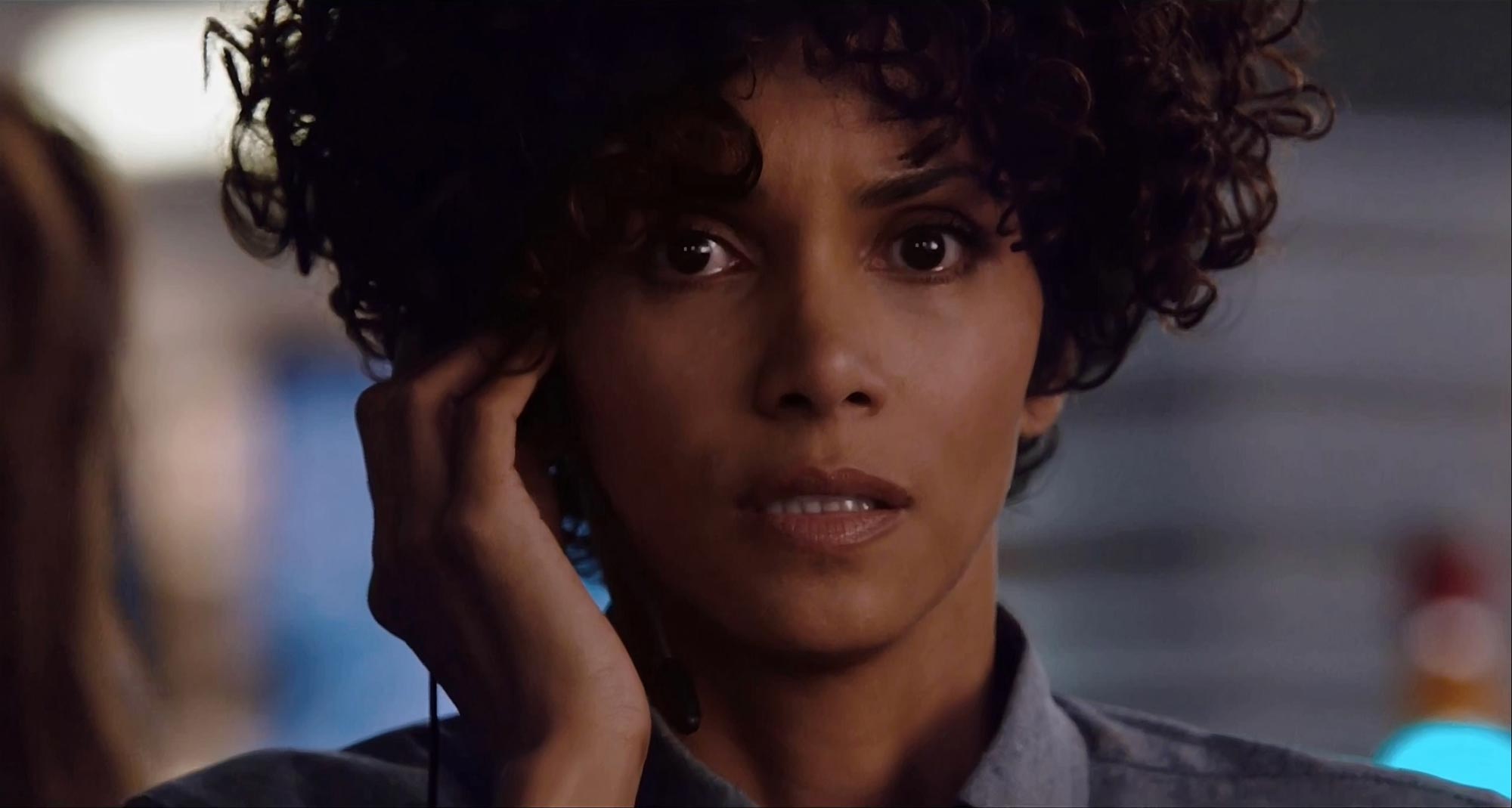 The hair is certainly bigger.

Jordan Turner (Halle Berry) works at an LA Call Center, and it is one of the busiest. Which is why everyone there gets futuristic looking desks and command centers I guess. Either way, it can be stressful, and she gets a call from a scared teenage girl. Someone is breaking into the house! But thanks to her information, she is able to successfully hide the girl before authorities can arrive and the guy leaves. But the phone gets disconnected, she mistakenly redials, and the girl answers. Oh surprise, she is still there. Way to give away her position Jordan!

Needless to say, abduction happens, and Jordan feels like shit.

Six months later, she is teaching now, afraid of her job. But hey look, another girl got kidnapped. Casey Welson (Abigail Breslin). She is in the back of a car going somewhere. I wonder if its the same dude (Michael Eklund). No that couldn’t be.

Well surely her communication powers and street smarts are going to save this girl this time, even if it involves going off on her own to find him herself. Great strategy. Also featuring Morris Chestnut as her cop boyfriend, and David Otunga as other cop.

I think of this scene as a rebirthing.

It turns out the suspense in the film wasn’t half bad. In fact, maybe even enjoyable. If any of it would have surprised me in the slightest. Good old trailer, even spoiling the gasoline seen. Heck, the only thing that the trailer made me wonder is why the hell is Michael Imperioli in this film? You may remember him from the one season of Detroit 1-8-7 or six seasons of The Sopranos. He has one scene flashed in the trailer, despite being a relatively major character to the story. Fuck these trailer makers so hard.

Unfortunately, the ending of this movie absolutely ruins it for me. Here we have this guy, who clearly has some deep seeded mental illness and psychological issues about his past. He needs help. He has done some bad things. But when the good guys have the chance to do the right thing, they of course don’t. They go for revenge. Not a normal revenge, a super bad torture revenge. Fuck that. You are the good guys. Their idea is horrible in that A) it isn’t guaranteed to work, and B) their alibi is completely bat shit stupid. I thought it would be okay if the ending wasn’t so dumb.

But really, the thrills are okay. It might be a lot better if you don’t know more than I told you going in. Just. Fuck that ending.