The Bucket List, if anything, did have a lot of people talking about it. Most of which I doubt who saw it. I mean, why would you need to? You know exactly what happens in this movie from the title. Two old guys, living their last months to the fullest (somehow) and then probably dying. Both probably have some sort of family problem.

You know all of that, because the movie isn’t about surprises or the best plot, just one of those heartwarming tales that might make your cry or feel good.

That’s why it has took me til now to watch it. Really no need, but hey, I had to watch it eventually. Not because of a lame joke about needing to watch it before I died, just because I owned it and needed to watch it. 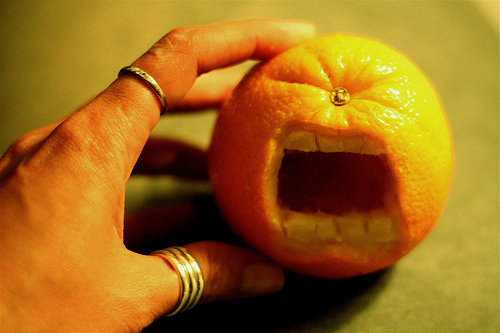 Unrelated Orange picture? Or the rage you feel right now as I babble?

Blah Blah Blah. Morgan Freeman is an old man, mechanic, pretty smart because he reads a lot. Has a wife, Beverly Todd, has faith, and has a big family. But then he gets a terminal illness. Jack Nicholson, uber rich guy gets put in his room, also with cancer. Sharing rooms?! Yes, because he was a mean hospital owner and said each room needs two beds, to maximize efficiency and make more money. So when he finally gets sick and wants his own room, his assistant, Sean Hayes, won’t let him, as it’d be a horrible PR move.

Chemo happens, it sucks. And eventually they bond. Jack see’s Morgan’s bucket list, full of ridiculous items, like being President, and tells him they should both do it. Leave his family, travel the world, money is no option, fuck the metaphors. And eventually he says sure. Skydiving, racing, Great Wall Of China, Pyramids, etc.

But how far will Morgan go to experience life to the fullest? A man who has only been with one woman, who he has left her behind to see the world? Also, will Jack be less of a dick, and visit his family for once in his life? I think you know the answer to both of them. 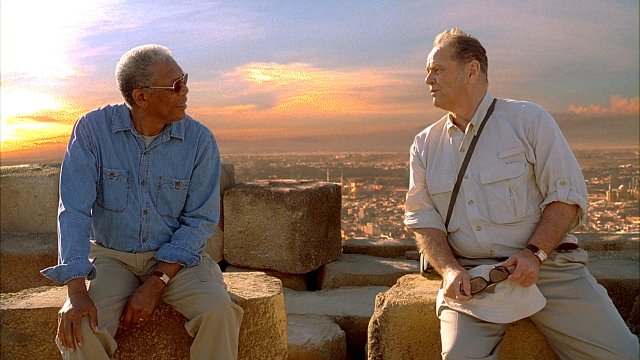 But was I entertained is the bigger question?

Ehh not really. Morgan Freeman’s character made a good argument why he should get the chance to do whatever he wants before he ends his life, which he seems to have gotten chastised for by everyone for doing it. Bitches, please. Even Freeman’s acting I thought was just okay. But Jack Nicholson had a much more powerful character to me, and thought he did a lot better.

He was also the only character we got to see keeling over in cancer pain. Correlation?

But yeah, this movie did absolutely nothing to me, and despite the fact that people will still make a lot more bucket list references for the next few years, I will never see it again.