“Give me a random foreign movie!” I shouted at the Netflix, not fully understanding how technology worked.

Four hours later, when the program still did nothing, I decided to just search and find one on my own. And thus, a review of The Angels’ Share was born!

This one from Scotland. Sure, not really super foreign, in that they are technically speaking English, but I definitely had to turn on the subtitles to fully understand some of these characters. 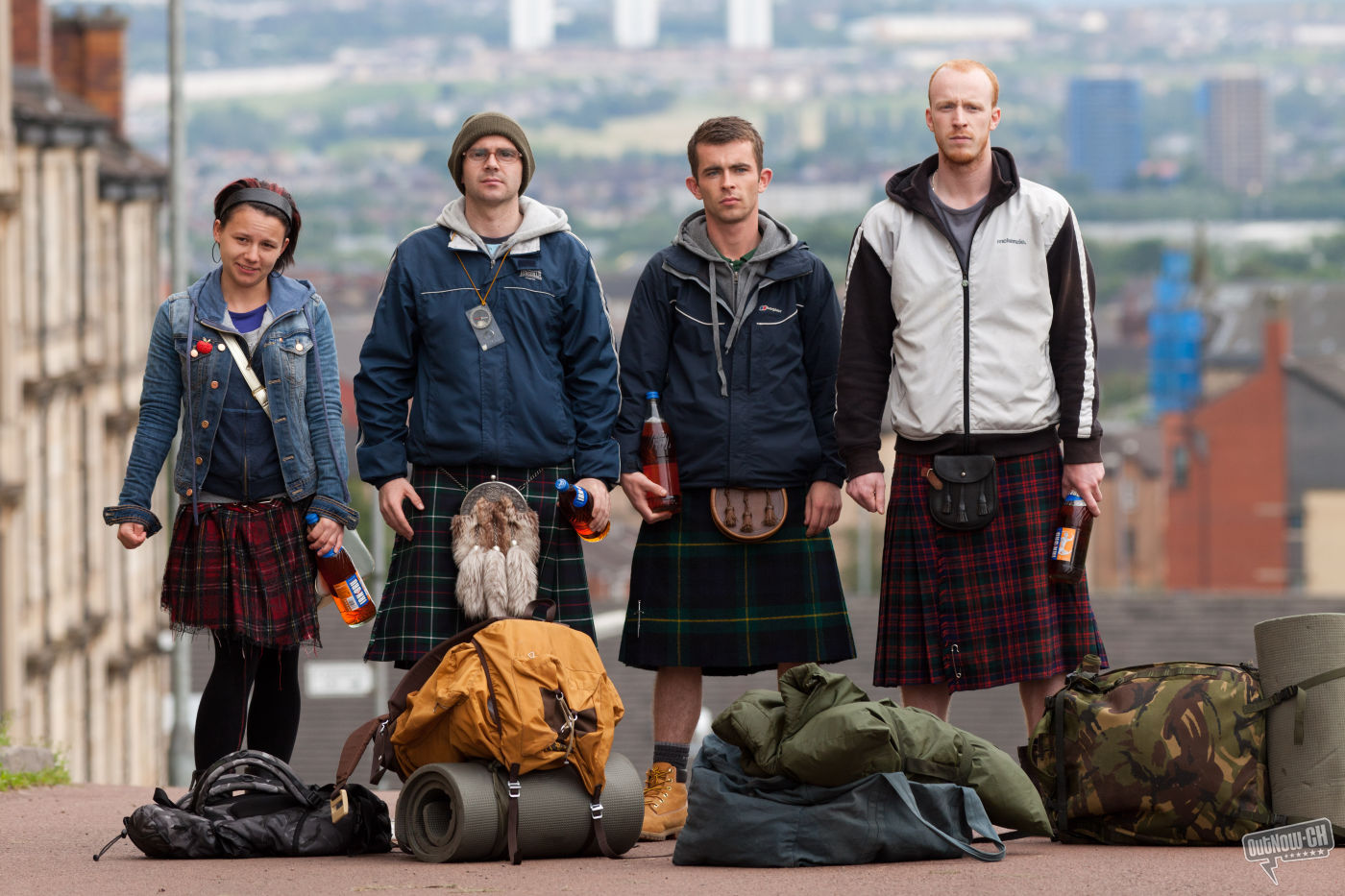 Get it? Kilts! Foreign movies! A-ha-ha!

Community service seems to be the punishment of choice in Scotland. I can say that, because the beginning of the story introduces us to several different people all receiving several hundred hours of community service for various crimes they have committed and none of them get jail time! Including our…uhh, main character Robbie (Paul Brannigan). Except Robbie maybe should have deserved jail time, for beating up a complete stranger. But his wife Leonie (Siobhan Reilly) is about to give birth, and somehow they argued that his life is undergoing changes and he should be there for the newborn.

Well, Robbie is caught up in a family feud / gang war type of situation. He grew up in a violent world and cannot escape it. Hell, Leonie’s family beat him up when he went to visit his new son, just because of all the trouble he had caused.

But some people give him hope. Like Harry (John Henshaw) their volunteer foreman guy, who helps him out, and tries to reward the crew with good work done, like taking them to a distillery. They soon find out Robbie has a nose for different beverages and a good judge of taste and quality. A very useless talent mostly.

However, maybe alcohol can be the answer to all of his problems? Maybe he can get a real job in the industry? Well, that won’t help too much, because he also has to get out of the area or else he will always be caught up in this violence?

So what is Robbie to do? He needs money fast. So when news of a very rare cask is going up for action, will he succumb to the high monetary gain should he steal it, in order to start his life anew? Or will he, you know, not. Also starring Jasmin Riggins, Gary Maitland, and William Ruane as his community service companions. 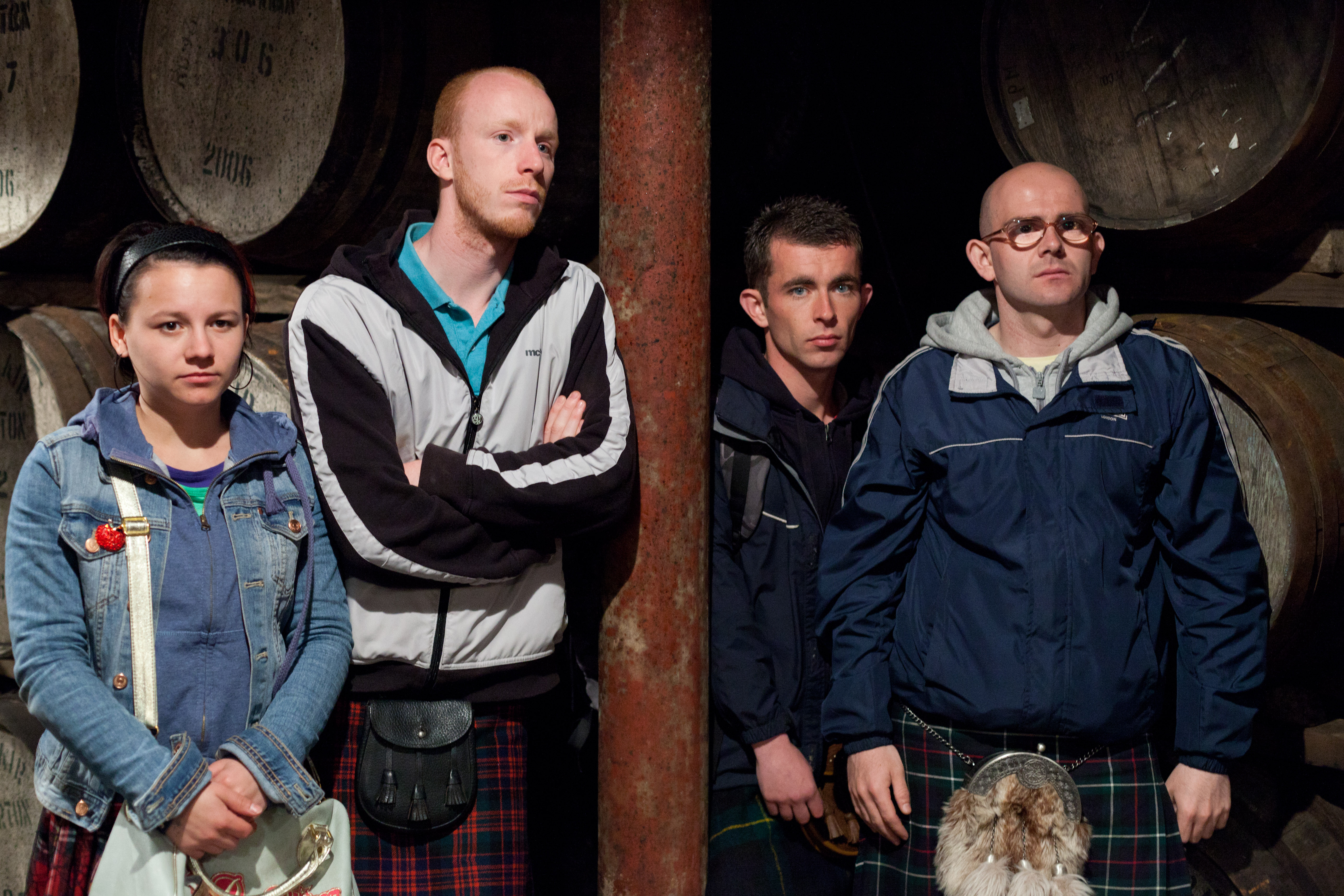 Ah, so bottles are under their kilts. Now it all makes sense.

Seriously, how can these people understand each other? Some characters are just so Scottish. Reminded me of Brad Pitt‘s character on Snatch, nationalities aside.

I will say that after watching it, I am a bit disappointed by the level of comedy in this comedy/drama. My hopes were raised pretty high because the first scene had me almost cackling. But then the humor after it was few and far between. It gave me false expectations so early in the movie, I was left with a sour taste in my mouth.

The entire middle felt pretty slow. The ending was interesting however, but not a lot happened at that point.

So, overall, disappointed with the comedy, but the drama had some interesting moments. Because it is Scottish and there is anger, there are some pretty sweet curses thrown about, reminding Americans that our curses are shit in comparison.

I guess it is okay. Not really something I’d watch again after a viewing, but it was a decent way to past the time. Maybe next time I yell at Netflix, it will find me a movie faster.