I first heard about The Amazing Johnathan in 2002 or 2003. He had a comedy special on Comedy Central Presents, which blew me away and I thought it was the greatest combination of dark humor and magic. I had seen maybe one other special about him too around the time, and like a lot of comedians, I think forgot about them as comedy central stopped caring so much about stand up comedians and I stopped watching TV as much.

And so you can imagine my surprise when I heard there was a documentary coming out about him, aptly named The Amazing Johnathan Documentary. Where the hell had he been over the last few decades? Does anyone even remember him?

Turns out, my own knowledge of The Amazing Johnathan comes closer to the tail end of his career. At this point, he was already in Vegas headlining, and not traveling as much, which he did for decades before. Shit, he is four years older than my own dad. I am late in the game!

But it turns out he was done doing comedy in 2014, because he developed a heart condition. A pretty bad one, given at most a year to live. And as of right now, at the writing of this review, August 2019, he is still alive. How did he survive 5 years? Was the whole thing just another dark humor ruse to get people to notice him? Maybe… 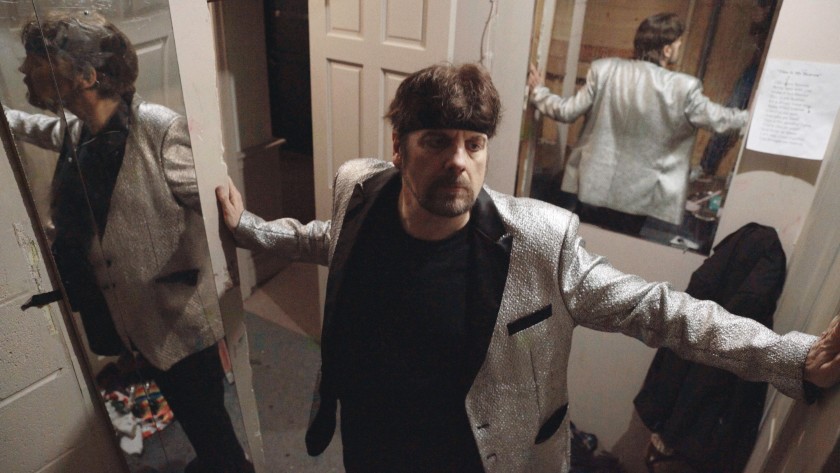 Now, let’s actually talk about why this documentary matters. It was directed by Benjamin Berman, who you know from nothing before this. And he is in the documentary too. Because a large portion of this documentary is focused not just on Johnathan’s story, but also how the hell they are going to make a documentary about him be good. What is the conclusion? Do they just film it until he dies? Does Berman actually believe Johnathan is sick or does he think this is a sick joke?

And really, the whole thing is turned up on its head only a half hour in when we find out that a second documentary crew has been hired by Johnathan, competing for the same footage and interviews and hoping to get the better story out overall. A very unorthodox thing indeed, but that is just step one of the craziness that entitles this documentary.

This documentary is more than just a story about The Amazing Johnathan. It is a documentary about how to make a documentary, why we make documentaries at all, and just a man who wants to be remembered at all costs before he kicks the bucket.

It is real, it is emotional, and it is full of personal growth. It is a game changer for the standard documentary, which makes since given the topic is not a standard sort of man.

It is worth the watch for people who know nothing about the comedian magician.