I am coming into The Age of Adaline a few months after it hit theaters. This really means that I cannot in good conscious make any jokes about a crossover movie of Avengers: Age of Ultron and this one, which came out roughly around the same time. That would be silly.

So instead I will talk about how little I know about this film. I am literally going in knowing nothing about it, not even who is in the movie. I figured out it was based on a book, probably a popular modern romance.

And hey, not all popular modern romance novels are bad. Sure you got your Twilights, but there is also The Fault In Our Stars! Shit, this is all teenage stuff. I am not as familiar with older adult romance novels.

Given the genre, I hope (like always) I can get a good cry out of it.

My emotions are like this elevator: They look really pretty but they get ignored by the rich all day.

Adaline Bowman (Blake Lively) has had an interesting life. Born on New Year’s Day, 1908, she has always had a party for every birthday. And right now she has had 108 birthdays.

But no, she isn’t old. She is young, attractive, and looks like she is around 29. In fact, her body is 29, despite the years around the sun. Due to a freak accident, involving drowning, body chemicals and lightning, somehow she no longer ages. Science, magic, fantasy shit.

So now she has to move every 10 years, or else people get weirdly suspicious. Or if she ever gets too close to someone romantically. That is a huge issue for her, never getting to love again.

Now it is modern day, and of course, someone likes her a lot. Ellis (Michiel Huisman) is rich and is impressed by her intelligence and poise. They like each other a lot. She even gets to meet his family! He has a Momma (Kathy Baker), a sister (Amanda Crew), and a dad (Harrison Ford). The dad of course being someone Adaline had a relationship with over 40 years prior. 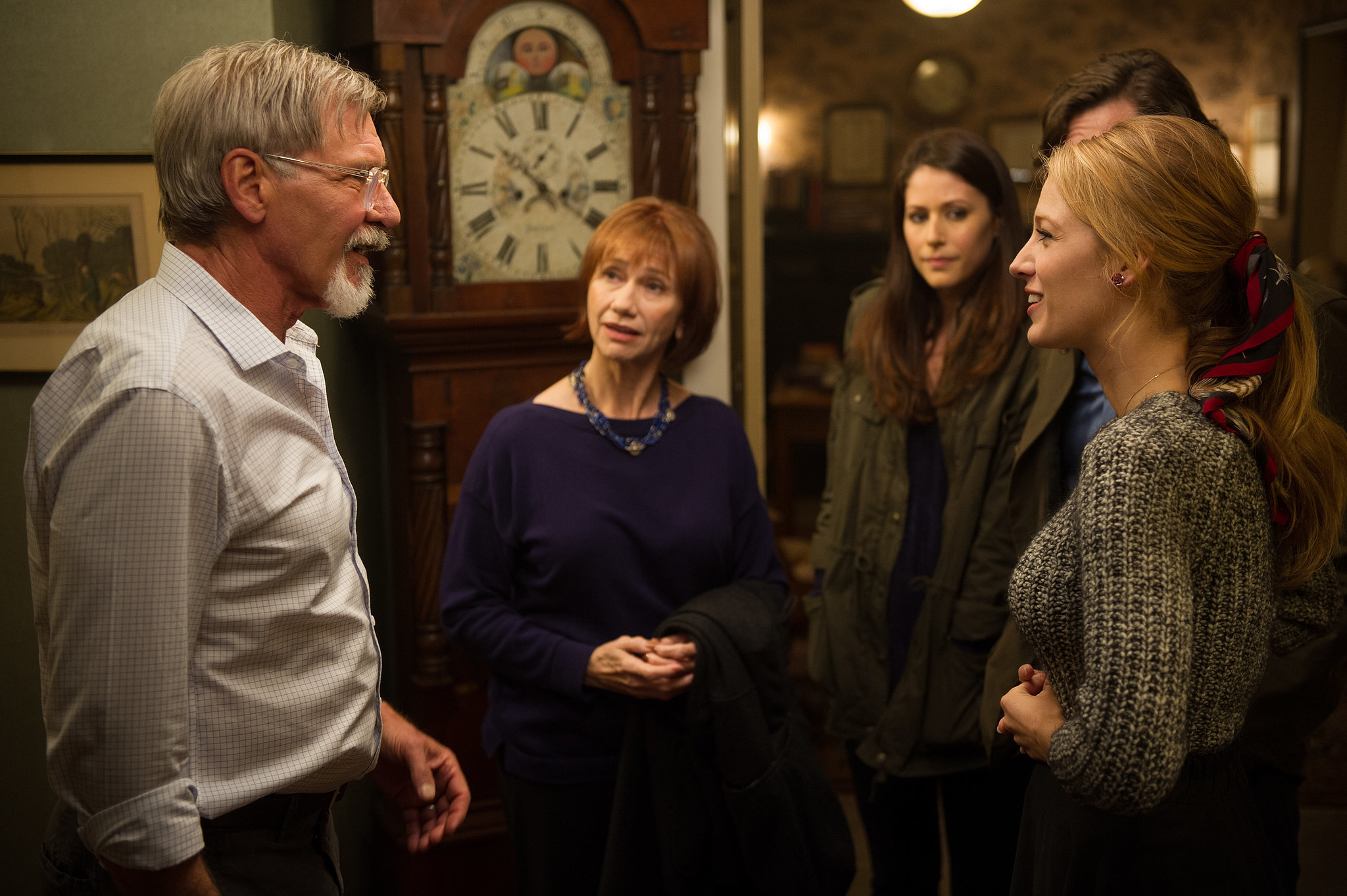 “Dad, remember the girl who broke your heart before you met mom?”

I loved the concept of The Age of Adaline, once the movie told me what was going on. Shit, I might have tried to watch it in theaters if I actually knew what it was about.

This is by far the best acting I have seen from Blake Lively. Savages and Green Lantern weren’t great for her, and of course Gossip Girl isn’t known for its great acting. But she is fantastic in this film. So is Harrison Ford, who also has had quite a few stinkers/unforgettable roles lately. Let’s not forget he did Paranoia. In this film he reminded us he was a great actor, which is good news for those dying to see Star Wars VII.

The story was a good one, the acting was good, but the major downfall with this film was its ability to drag. Which is this romance in a nut shell. It is like the rich and prestige, going to fancy dinner parties where people do a lot of small talk, having the same conversations with their friends. That is just the general feeling of the first half of the movie when it is set in modern times. Adaline is worried about being caught, her daughter just wants her to finally live her life, and discovering Ellis. I don’t think it gets truly interesting until she finally meets the dad, and the awkwardness really begins. The awkwardness allows for the best acting in the film and is where Ford starts to shine.

An okay romance, with a decent plot, and some fine acting. But it did not make me cry.