Every once in awhile, a new movie concept comes out, and people liked it. In this case, I am talking about V/H/S, which decided to add outdated technology plus short horror films into one. It was an anthology. Made up of five or six smaller horror stories, good ideas that wouldn’t have been good if dragged out over 80-90 minutes. Brilliant!

Shorts are hard to make and require you to do a lot in a short amount of time.

Well, The ABCs Of Death took the idea of a horror anthology and went several steps further. Five to six shorts? Fuck that. Twenty-Six shorts is what people really want.

Yes, in case you didn’t get the gimmick, that is one for every letter of the alphabet. 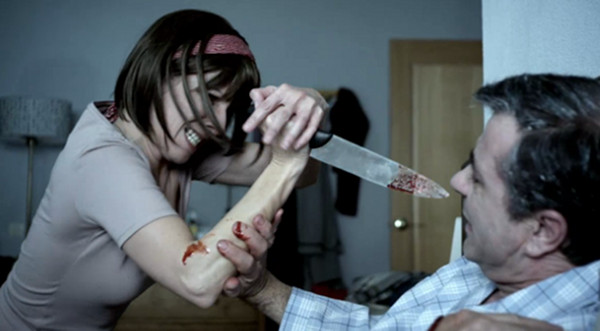 This is really a hard series to really describe. After all, I could just tell you what each clip is called, as they each have the alphabetic name/theme going on, but that kind of gives it away. The movie shows you the short and then tells you the name afterwards. The titles themselves kind of give things away and ruin a lot of the surprise.

However, there are sill some awesome titles. Like Hydro-Electric Diffusion, WTF, and Toilet.

Given 26 directors, these range in many different ways. We have one animated short, and a claymation short. Two of the shorts are meta and aware that they are a specific letter / feature the people making the short. I guess both wanted to be original, and bam, now they are not unique. 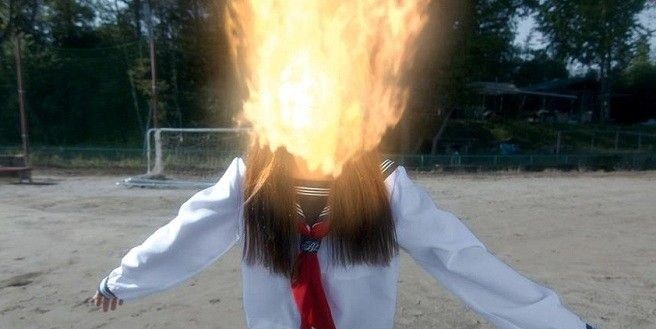 And arguably, some people would consider some of these “hot”.

I am talking super disgusting. I am talking I had to pause it after a short and come back to finish the movie an hour later. I just didn’t expect some things to happen. Some people with fucked up imaginations out there is all I really have to say about that.

I definitely think 26 is too many shorts in one package to get a real good feeling about this movie. Because they range so dramatically, you might have a dramatic thriller piece, followed by something completely absurd, followed by a slasher, and it can be exhausting.

However, on the flippy side, because of it is format, it is one of the best movie types ever to let you take breaks if you feel like it and come back days later and not feel like you will forget things. You could watch one a day and you will still get the same basic experience. So that is cool.

I will note that going into it, I didn’t know so much of it would go for strange/humor, I thought this would be a straight horror film like V/H/S. So at least that differentiates it from that series as well. Overall, it is an average film with a bold concept. And also very fucking weird. This is the type of film that may be more enjoyable in a group, with everyone trying to guess what the word theme may be.