I haven’t talked a long time about the last spirit awards. You know, the independent film awards that takes place the day before the Oscars? Where most of the winners are actually movies up for Oscars as well?

I tried to watch a lot of them, but after the awards, yeah, I cared less. But I really wanted to see (T)error, one of the films up for Best Documentary. Title wise, it looked interesting, but I just had no way of seeing it. Thankfully, end of June Netflix added it to its roster. And yes, it took me a whole month still to watch and review it, but that is because I was hit with an influx of documentaries in theaters that sent me screeners.

Needless to say, when I finally made time to watch it, I was very excited. I didn’t even try to write another review during it. Hell, I didn’t even multi task and watch the Olympics during it. Just me and a documentary, full screen, subtitles up just in case, ready.

And also, just to be clear, about 20 minutes into it, I thought about stopping it for the night and reading instead. But I will get into that with more detail later.

Just what is (T)error about? Well the filmmakers were friends with Saeed Torres, and eventually, they found out that one of his jobs was actually as an FBI informant. He was a Muslim in real life and was very devout, but he also infiltrated specific Muslim sects in America when they needed him, to get information on suspected terrorists. Well, Saeed was thinking about finally stopping this job, he was tired of it. So sure, he let them film his perceived last “mission” and he didn’t tell the FBI he was going to do it. 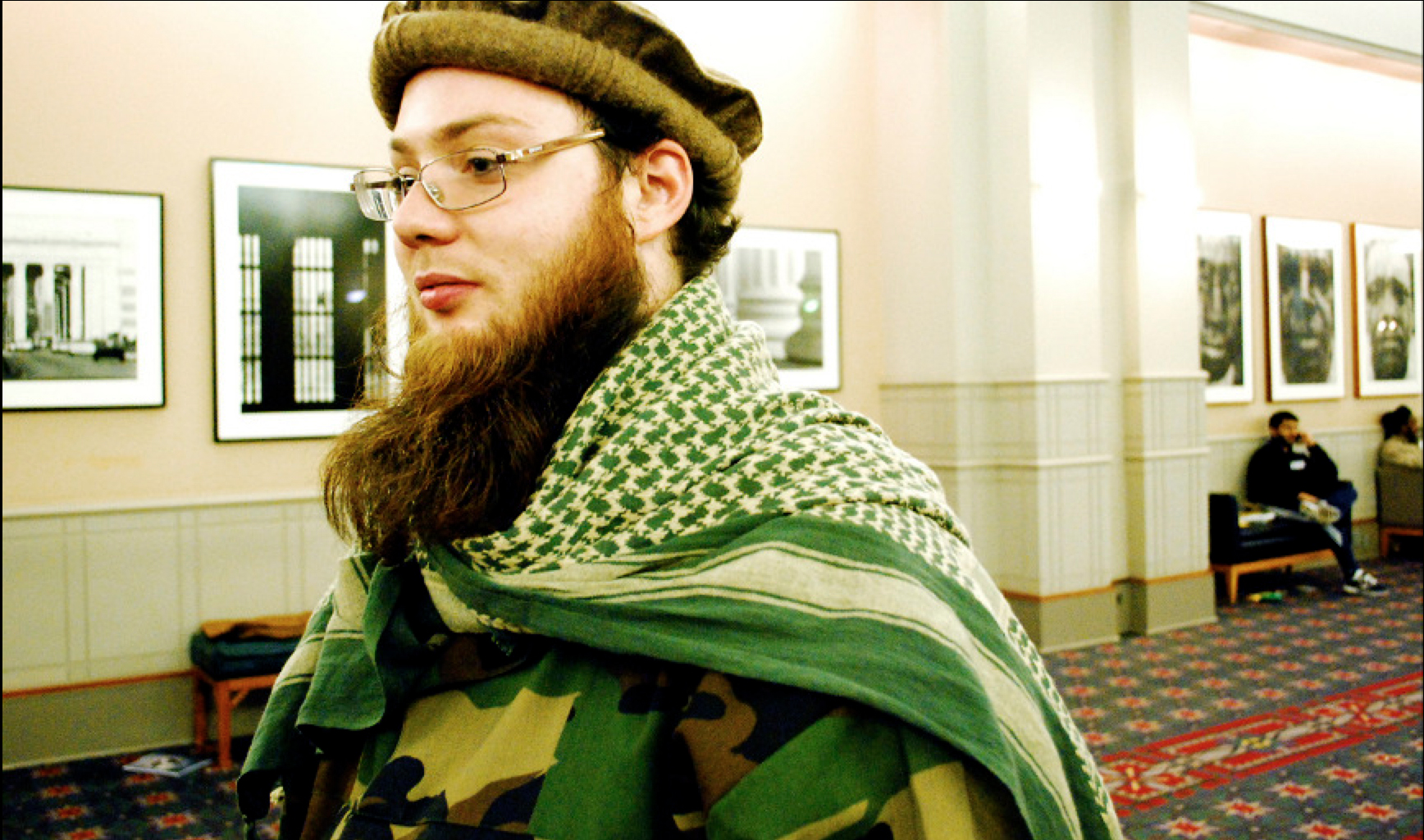 This isn’t the face of terrorism, this is just a troll on the internet. Come on, FBI.

The man above is Khalifah al-Akili, American born, raised Protestant, and later turned Muslim and got really into it. Sure, he might have gotten a bit to into the Jihad side of it. He had a lot of books on guerrilla warfare, military tactics, and more, but was he a terrorist? Was he going to attack America?

That is what Saeed, or Shariff (his undercover name) had to find out. That meant moving into his community, going to his mosque, befriending him, and yeah, eventually finding out how serious he was about the whole thing. While the FBI prodded Saeed along, making him ask more and more invasive questions while also making harsher and more direct suggestions to Khalifah.

And well, I won’t go into any more of it. Because things started to get really crazy. Or upsetting. And shocking. And it went to 11 and at that point, yes, then I could no longer look away.

Like I suggested early, the documentary started off slow. And yes, it was one of my biggest issues with it and enough to knock it a point down the rating. It started out excited, but got bored with the early aspects of him heading to find Khalifah, with his past history, etc. But god damn did it get really good. Like, really really good. Like, more people should see this damn documentary.

We got shady government actions and more folks. If you are one of the people who binged Making a Murderer, you would love this documentary as well. It goes places I didn’t think possible, while maintaining its credibility as non involved documentary people. Sort of.

And yet, I almost stopped it earlier on to go read.