Seth MacFarlane is not my favorite person. And I didn’t even think his Oscars were that bad. I just think his movies have been pretty sub par as of late. In A Million Ways To Die In The West basically every joke fell flat for me.

And then of course there was Ted. Sure, there was some amusing original material in there. But as I watched it (in theaters), I couldn’t believe how date it had already felt. The humor was almost 100% focused on current pop culture trends. They had a few 80’s pop culture jokes thrown in to balance it out, but it was way too current. I knew most of the things I found amusing I wouldn’t bat an eye at in five or six years anymore.

Needless to say, I was pretty dang worried about Ted 2. Would it just be more of the same of Ted? Yeah probably. I don’t need 90 minutes of shitty pop culture in my life. 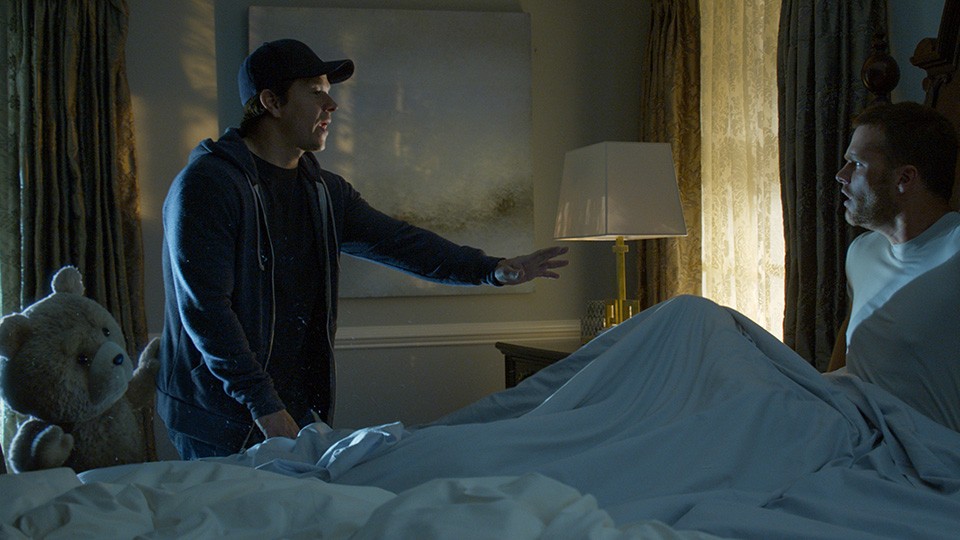 But if it was entirely about stealing Tom Brady‘s semen, then we might have something here.

Ted 2 takes place some time after the original. The main difference is that John (Mark Wahlberg) is divorced, probably because Mila Kunis didn’t want to be in another of these movies. Now he is basically afraid of commitment to anyone. Ted (MacFarlane) is still married to Tami-Lynn (Jessica Barth), but their relationship is strained. They might even get a divorce. So they decide to do the time honored tradition of having a kid to save their marriage.

Ted has no penis, so sex wouldn’t work. They work on sperm donations, but that fails too. So they decide to adopt. But the problem is, Ted cannot do it because apparently he isn’t classified as a person and doesn’t have person rights. This changes everything for Ted. Now he loses his job, his marriage is now nulled and can’t legally do most things! He is just an object! Oh no!

So, in a nut shell, that is the point of this film. He wants to fight the ruling in court, so he can get his life back. That is why they have a lawyer (Amanda Seyfried) who is chill and likes to smoke pot, hooray! At the same time, Donny (Giovanni Ribisi) is helping Hasbro fight Ted in court. If it is ruled he is an object, they can take him back, find out what makes him magical, and make Ted’s for everyone around the world. Weeeee. 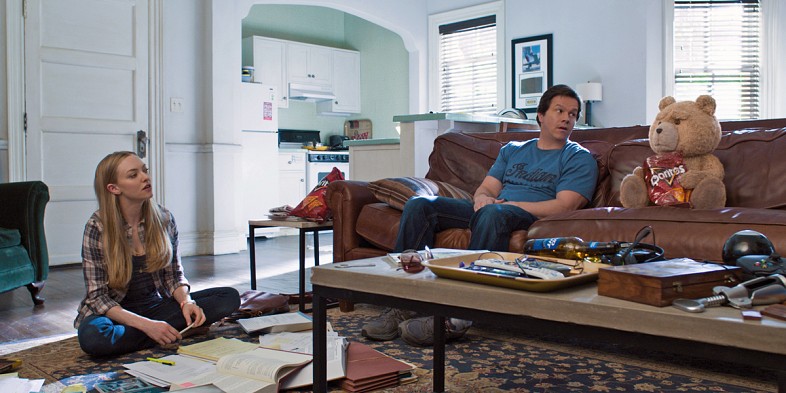 The good news is that Ted 2 relied on less pop culture references to get by this time. Outside of quite a few recent Patriots references.

The bad is that the plot is kind of shit and not worth watching. Let me clarify, the plot idea isn’t a bad one. It could make a good court room comedy film. But they only vaguely focus on that. There are barely any scenes in the court room, really only two major ones at the beginning and end. The first court room scene only takes a handful of minutes, but the film would rather Ted and John just sit on a couch and tell jokes.

Ted 2 as a result just doesn’t have a lot to offer as a film. In recollection, I am having a hard time trying to remember any moment I found really funny. I was completely chuckleless. The writer only had a rough idea for the plot and maybe a couple jokes, but I assume the majority of these scenes were thought of independently of having a real place to put them. So in a way, Ted 2 was a lot like a Family Guy episode.

There isn’t a lot to say. Ted 2 just isn’t good. Not as bad as AMWTDITW, but not as good as its mediocre first film.