Skip to content
HomeUncategorizedTales From The Crypt – This’ll Kill Ya

Yes this is a Saturday update, because when people ask me to be part of a Blog-a-thon, I generally become part of that Blog-A-Thon. The lovely folks over at Channel Superhero have decided to host 31 Days of Tales From The Crypt, with 30 or so different reviewers each tackling a different episode of the famous horror series.

And so I did what any reviewer would do. I scoured the episodes not yet taken for any actor or actress I recognized. A long stand alone episode series like that, I knew a lot of big names must have been involved before they got their break. I then put a list together and rolled a dice to determine which one I would watch. 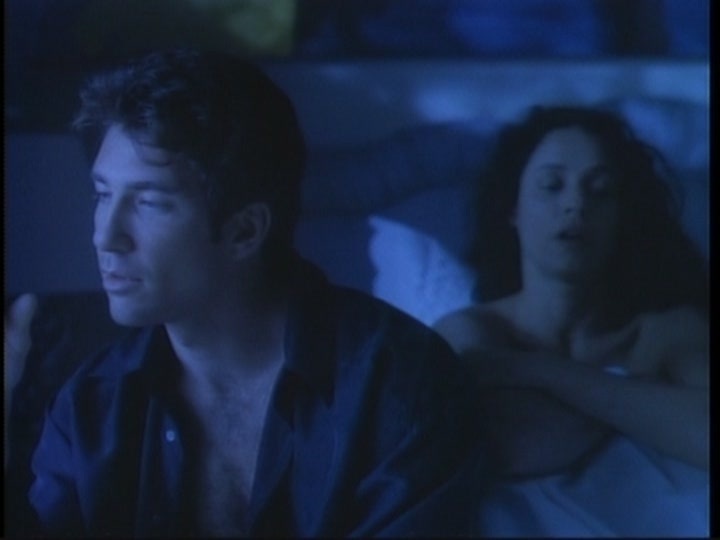 George Gatlin (Dylan McDermott, yes he is the one I definitely knew) is the boss at some high tech research lab on the verge of solving big and great things. He just has to boss around Pack Brightman (Cleavon Little, oh shit the lead from Blazing Saddles) and Sophie Wagner (Sonia Braga) to get their research done.

Well, the drug they are working on is not ready for human testing. They make that clear and their annoyance that George puts his insulin on the same shelf as the drug. You silly boy. They easily get mixed up! Ha. Ha ha.

Not only is George a dick, he is also a bit rapey. In that he totally sleeps with Sophie. She doesn’t want it, but they have done it in the past so whatever.

Needless to say, they have decided to get some revenge. The next day during his insulin, oh no, they accidentally put in the drugs instead! No no! Now he will totally die later!

George finds out later that they were totally up to something and this was not an accident. Already drinking, this puts him into a rage and he totally kills Pack! This brings us to the intro, when he drags the body to the local police branch to turn him in. But it is okay. George killed him first.

TWIST. Just kidding, as you already knew. They only pretended to put the drug in him, to teach him a lesson. And they had to cure anyways. Now he just killed a guy for a small joke. Ha ha ha. 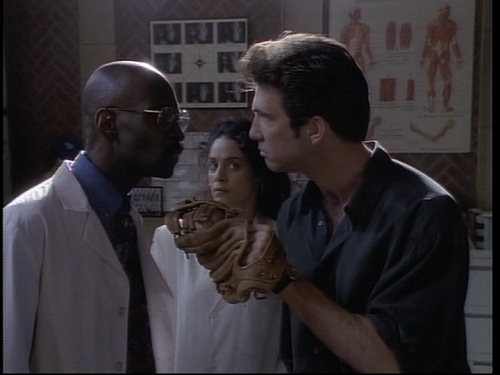 His germ phobia is not a joke though. He will only shake hands if he is wearing a baseball glove.

So I haven’t really seen any of these, but if you had to start watching the series, this should not be the one you start with. It was shit, it was obvious, and the plot wasn’t that good. Knowing two thirds of the actors didn’t even help my enjoyment. It was an over dramatic simple tale that might have worked as a short story, but is completely forgettable on the screen.

I also didn’t realize that this show was originally on HBO, but that definitely explains why I never got to watch these. Despite that, my surprise was real when I suddenly saw nipples on the TV.

So uhh. I probably won’t watch any more of these episodes, being so disappointed with my first outing. Edgy for the time, this does very little for the modern viewer.

1 out of 4.
Tags:1 out of 4, 31 Days of Tales From the Crypt, Cleavon Little, Dylan McDermott, John Kassir, Sonia Braga, Tales From The Crypt, This'll Kill Ya