For the longest time on Gorgon Reviews, we have not bothered to watch most made for TV films. There are of course exceptions. For example, I did watch and review A Deadly Adoption on the Lifetime Channel because it was also a parody of lifetime channel films, and had some big names attached.

But Hallmark and Lifetime churn out so many romance and drama films that go straight to their network, with very low budgets, and some famous names, but basic scripts. It is a known joke. If I started to review them, I would have to dedicate basically all of my movie time towards them and nothing else. Or cancel all of my hobbies and jobs. Either way. I think it is easier to ignore them. If we all already accept they are bad and nothing has ever changed that fact, then we don’t need a weekly reminder.

But yet here I am, now reviewing, unprompted, a Hallmark channel movie. This one being called Taking a Shot At Love. I did it because I saw it existed, and saw it was a love story involving hockey and said fuck it, let’s take a shot at Taking A Shot At Love. 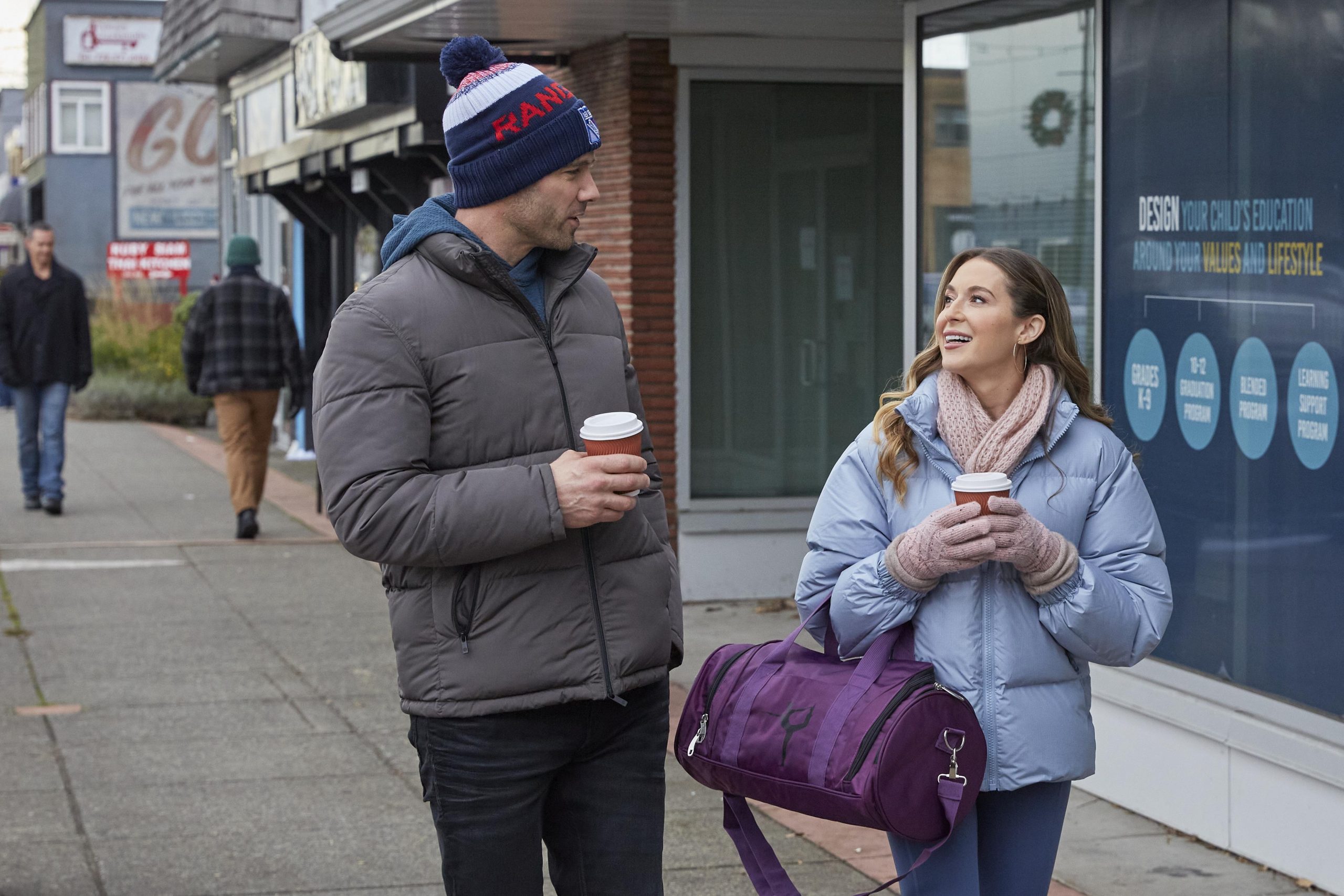 And take a walk at Taking a Walk At Noon.

Jenna (Alexa PenaVega, oh shit, the Spy Kid!) is a ballet instructor to the youths of a very rich New England small town community. You know. One of those extremely white places. And I don’t say that just because it is set in winter and there is snow. It is small enough that she is one of two ballet/dance teachers, while the other one is a dance TEAM who goes on to compete. And she just wants to teach dance for the love of dance, because she hates competition and putting that extra anger and stress on others/kids. But, she is losing dancers to the team, and the time commitment, and rent is going up, and and and and.

In New York City, we have famous hockey player Ryan “Coop” Cooper (Luke Macfarlane). He is battling some ankle injury, that affects his skate. He has seen a lot of specialists and had the surgeries, but there is something still off about it. He wants to get back on the ice and help the New York Rangers win stuff, and he is a great scorer, but if he can’t skate well, he can’t play.  His agent (Kurt Long) happens to be cousins with Jenna, and she went through the same injury but got 100% better. How? By going back to the basics of ballet, and reworking her skills from the ground up.

So sure, lets send Ryan to her guest house and studio for a month of 1 on 1 ballet training, to see if that will work for him, since they tried everything else.

And sure enough, these very different people, are gonna grow to hate each other and blow up the small community. Wait. No. Opposite. Love and stuff. Got cha.

Also starring Nolen Dubuc so we can have a main kid figure for them to bodn of, Heather-Claire Nortey so it isn’t 100% white, and Andrew Dunbar to give side plot problems to this story. 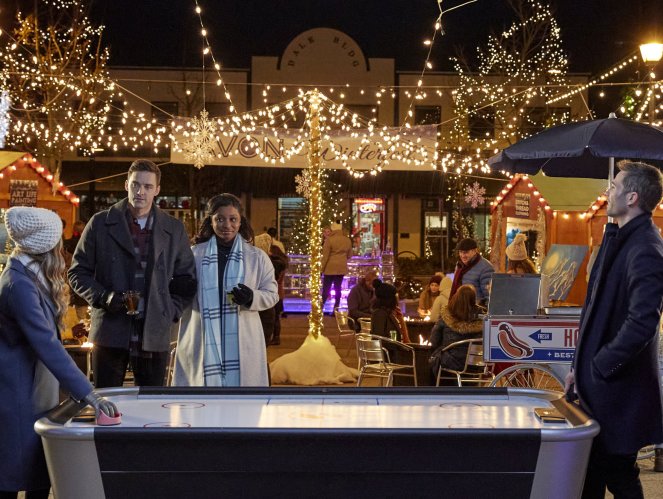 I guess air hockey is like a bonus hockey reference.

If I focused entirely on Lifetime and Hallmark movies, I could tell you if this one was better or worse than the majority of those sort of movies. And I haven’t, which is a good reason why I won’t just randomly try to pick and choose any of these in the future too often, because it just isn’t fair to the genre. Because I have to compare this movie just to all movies I have seen before and well, it is definitely not great.

Anyways. Compared to other films, Taking a Shot at Love is indeed bad.

There never feels like any real conflict in the film, in terms of ways for the characters to grow or overcome anything. The entire film just feels like filler. Oh, we don’t have enough actual romance to work between our leads? Let’s have a side character be bitter about hockey in general because of real life circumstances kept him from getting drafted. (These real life circumstances were a choice and….a very bad choice in terms of helping his family it seems like). Let’s have literally one kid on the ballet team, one of the two boys, be able to recognize him and need help with hockey so that there is a kid figure but neither of their own kids.

The romance happens because the script says it happens. I can’t say there is real chemistry between the characters, outside of them be youthful-ish and attractive and good at their skills. There is no performance from anyone in the movie worthy of note. I am surprised the New York Rangers let them use their image.

Also, this takes place in winter, but unless I misunderstood a conversation early on…they implied the team was already done with round 1 of the playoffs. Which wouldn’t be happening until April in a normal year. Not during winter. The player wanted to get back on round 2, so he could help with that round. And instead is sent for a whole month to get fixed. Are they still in the second round of the playoffs then? Is this the finals now? Who knows. Definitely not the writers of the movie.