After I saw Tai Chi Zero, I was immediately excited for the sequel, Tai Chi Hero. I knew they were filmed around the same time, and part of a planned trilogy (of which the third has not been announced yet, peculiar, hmm).

I was a bit disappointed that the first film wasn’t a “steam punk martial arts” movie as advertised. Only very barely. But to recap the first movie, we got a guy, going to the Chen village, to learn a very special Kung-Fu. He defends the down, despite not knowing the Kung-Fu, and can sometimes turn into a demon when his tiny horn things get hit. Yeah boy. Let’s continue, damn it. 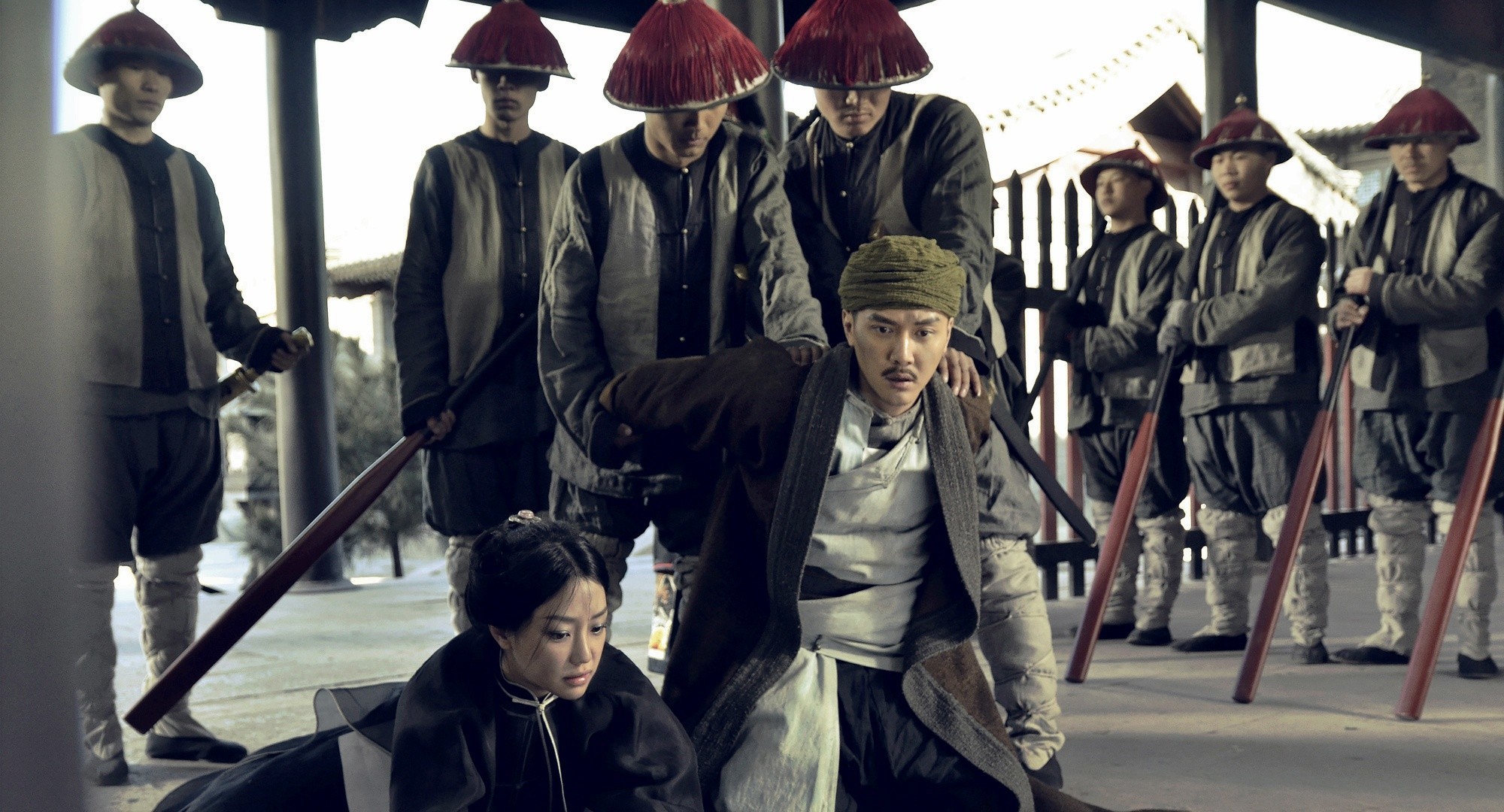 Yang Lu Chan (Yuan Xiaochao), formerly The Freak, is ready to learn the famous Chen Kung-Fu! But they still insist that only actual villagers can learn the martial arts, no outsiders. So they set up an impromptu wedding to marry Lu Chan to Chen Yu Niang (Angelababy), famed daughter of Master Chen Chang Xing (Tony Leung Ka Fai), who he is smitten by and totally saved last movie.

Why are they afraid of outsiders? Basically, back in the day, one or more of their former students went total asshole on another village, and hurt a lot of people. They came back pretty mad, embarrassed their students, and promised that if they ever taught any outsiders again, their village would be doomed. So teaching only their own family and kind was a way of protecting against that. So people are still afraid that Yang Lu Chan learning the art will kill their town.

Remember Fang Zi Jing (Eddie Peng)? Probably not, those are sounds that don’t sound familiar. Well he was the bad guy who was from the last movie. He is pissed that he got defeated, so he teams up with the East India Company and Duke Fleming (Peter Stormare), who is upset over the death of that one chick from the last movie. So he is now a governor, has an army, and lots of cannons.

Aw yeah. Can they defeat the threat that is bigger than the last one? Can he learn the Chen Kung-Fu? Because he would totally have to use it to beat a whole mess of new people, a gauntlet type of situation, to prove the fighting style’s legitimacy. That is kind of just tacked on to the end. 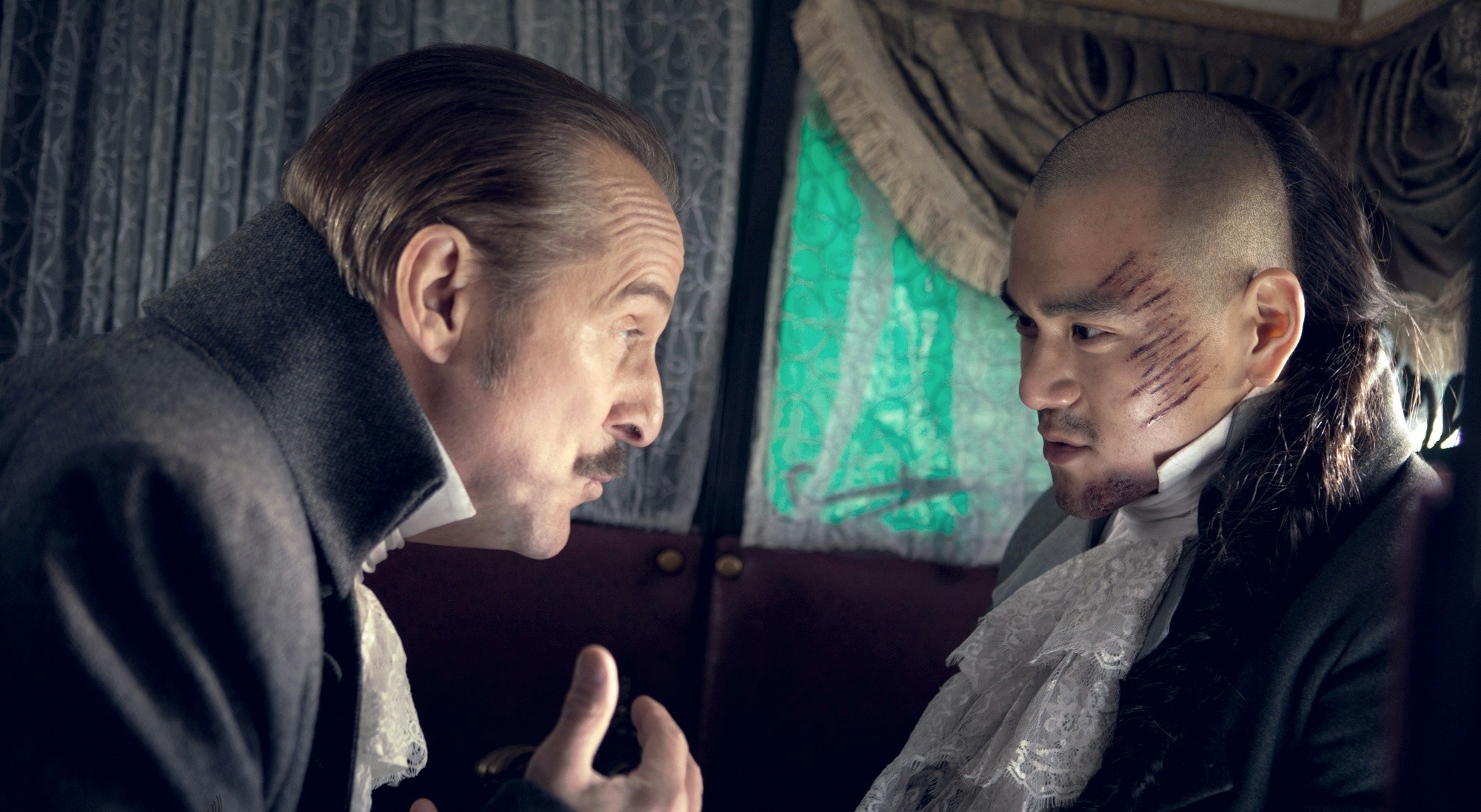 The scariest part of this movie is that Peter Stormare is in it. Who the fuck saw that plot twist coming?

Here is the main differences between the two films. The first film is pretty silly, with crazy fighting, video game references, and it was entertaining. The plot was weak. In the sequel, they want to expand the plot, the universe, and so many back stories. There is a lot more drama in this one, enough for me to take out the Comedy tag.

The problem is that this film almost feels like a strange rehashing of the first film. The ending is completely rushed, and unfortunately the most entertaining part. The final fight scene on top of the…small tiny walls (I am not sure what to call them. Partitions?) was excellent.

Now, I did not know that this (eventual) trilogy was meant to talk about the beginnings of Tai Chi, when it was apparently first just a variant of Kung-Fu. So this is supposed to be a very exaggerated and crazy, true story. Kind of. I guess that is interesting, but it is not something made clear at all in the first film.

I think this is definitely a weaker film than the first, in terms of entertainment. The fight scene at the end was dope. They also decided to get rid of his cool, demon crazy fighting ability half way through the movie. Not sure why. I guess because they never really used it at all. I feel teased. Super teased. Still decently well done though. Hopefully part three is a musical.