Hopefully if you are a mom, you also know you are a mom. I hear sometimes guys finding out they are dads a year or many years later, and that is unfortunate. So I have to assume that is true for some moms too. I’d be a shame to not know you were a mom for like, ten years.

Anyways, the movie Moms’ Night Out is meant for those moms who know they are moms. 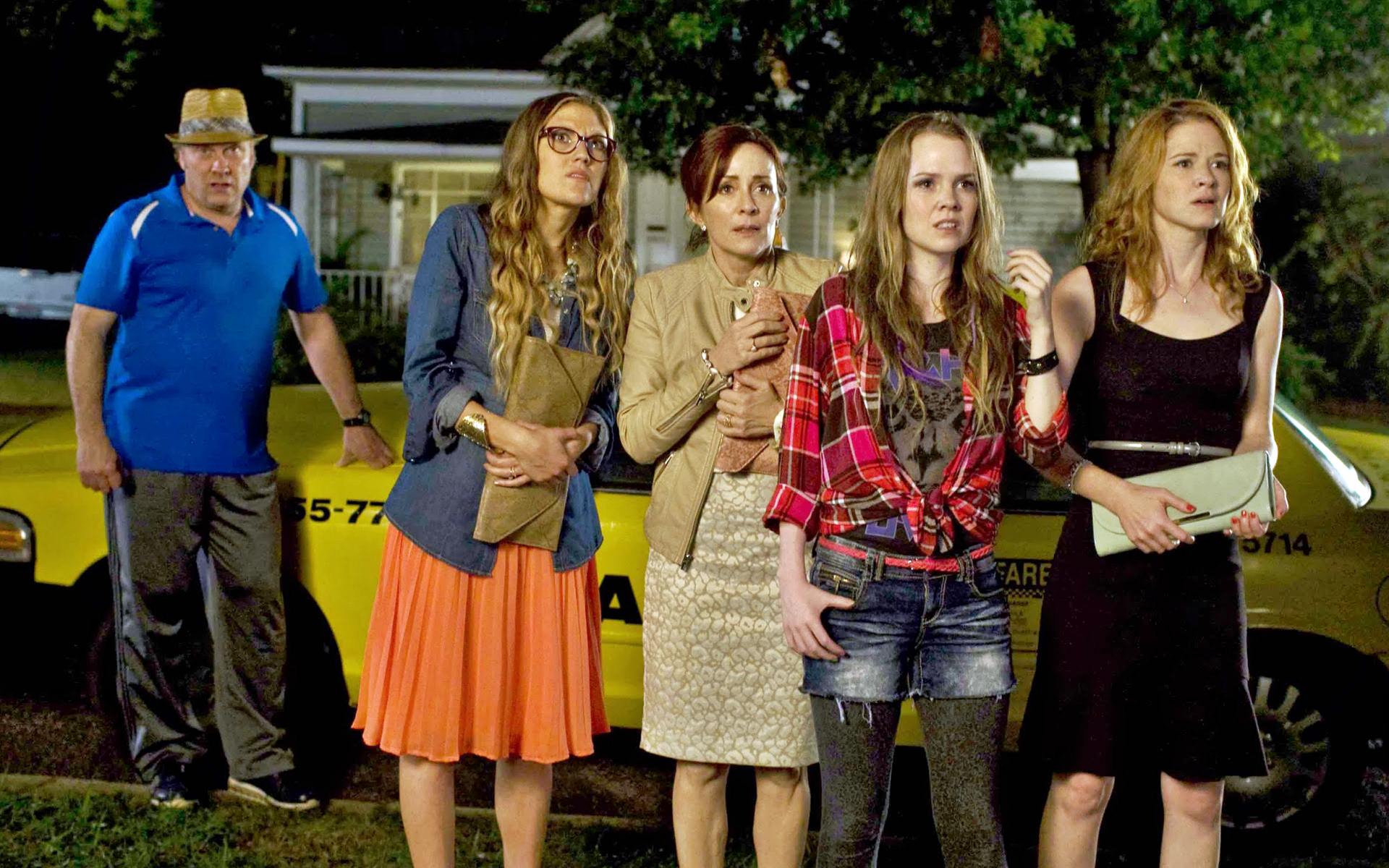 MOVIE QUIZ TIME: One of these characters is not a mom in this movie. Can you guess which one?!

Oh being a mom. The world’s hardest job, apparently. It is harder than being a dad, because it involves measurably more vaginal stretching.

Just ask Allyson (Sarah Drew)! She is a blogger and a mom. A mom blogger. But she actually doesn’t actively write. Too busy momming. Has three kids and a husband (Sean Astin) who travels a bunch. You’d think Mother’s Day would be a restful day for her, but nope, kids. Even church is hectic! Her spirit animal of hope is Sondra (Patricia Heaton), the pastor’s wife (Alex Kendrick). She definitely has it together, no stress at all. Just a rebellious teenage daughter.

Allyson’s other friend is Izzy (Logan White), another mom of two. Her husband (Robert Amaya) is afraid of tiny children for whatever reason. He is very traditional and doesn’t want to ever look after his own kids in the nicest way possible.

After the disastrous mother’s day, Allyson decides to organize a Moms’ Night Out. Just moms, make the dads be the moms for once, so the moms can just be carefree ladies. Yeah! Fancy restaurants! Bowling maybe! No responsibilities! But when her (sister-in-law? Half-sister?) Bridget (Abbie Cobb) gets involved, and they find out her baby is missing because her boyfriend (Harry Shum Jr.) left it with a friend, well, then oh buddy oh gee whiz. That ends up just being the first of many problems! Oh poop. Why can’t they ever have just a night off? Being a mom is just so gosh darn turrible.

Also staring David Hunt as a cab driver, Kevin Downes as an “irresponsible gaming friend” of Sean, and Trace Adkins as a tattoo artist. 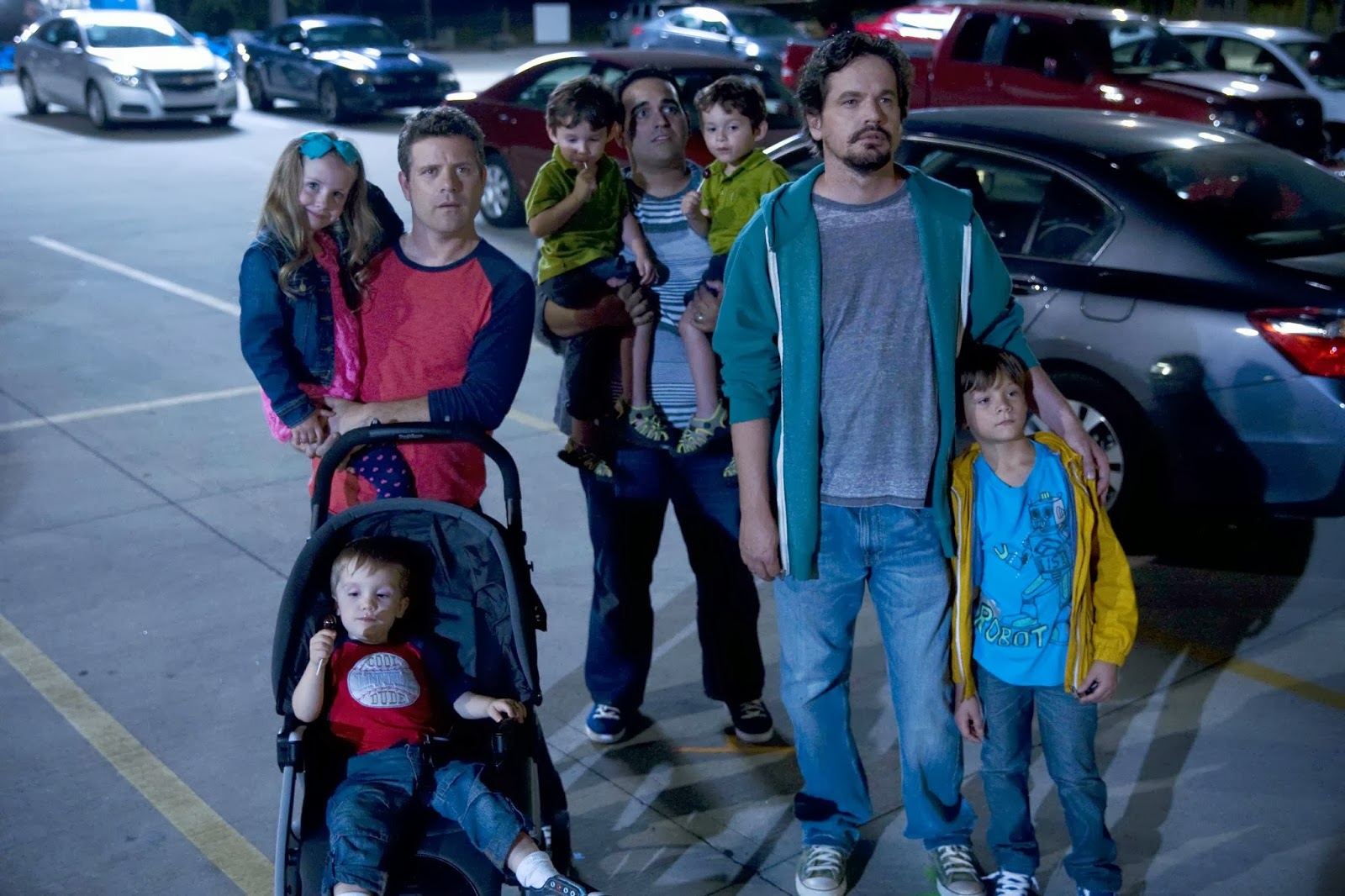 Unlike the last picture, this one features zero moms.

Moms mom mommity mom mom. That is their target audience with this movie. It does glorify “moms”, yes. But mostly the stay at home mom. The mom who also helps serve her husband mom. The mom who is in charge of doing most of the kid activities while the husbands get to play games and work a job. That’s right. This is a movie has a very old concept of what it means to be a mom. One of the four moms, I guess, has a job, but only part time because her husband is more of a slacker.

Basically, this movie is secretly a religious movie. The guy who plays a pastor? He did those movies like Courageous and Fireproof. He didn’t do this one, he is just in it as an actor playing a pastor. Big role move for him there.

I’d say this movie is almost offensive in that regard. In fact, they made the moms feel mostly frantic and unable to handle anything that came their way. They made the moms kind of feel pathetic. This elevated the side characters like the cabbie and the Trace Adkins into amusing roles as they ended up doing a lot to help and save the day. So the get the jokes, they make me laugh occasionally, which is what saves this movie from being completely terrible.

Sean Astin and Kevin Downes play characters named Sean and Kevin. Come on guys, try a little. I am not saying that shouldn’t allowed, but in this case two characters had their real names, which is redonkulous.

For sure, do not take your mothers to see this movie.