The Dark Knight Rises has the pleasure and curse of being one of the top three anticipated movies of the year (along with The Avengers and The Hobbit).

As it is a straight up sequel, not a collaboration of movies like the Avengers, it almost has more pressure because it will be compared success and fail to The Dark Knight from 2008. Which you’ve seen right? And of course Batman Begins? If you haven’t then you are silly for wanting to see this movie or read this review. Watch the first two movies first, it matters. 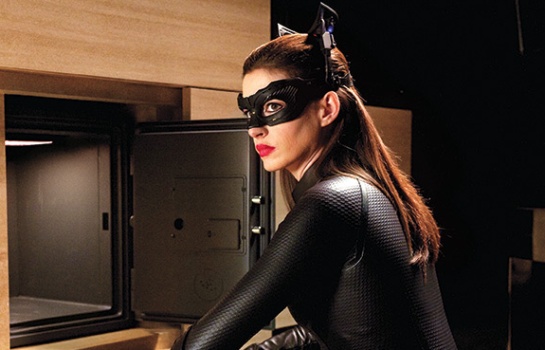 What in the what, hey, you there. Stop that! You don’t belong in that safe.

Don’t worry, I wont spoil much. But here, let me set the scene.

The movie takes place eight years after The Dark Knight. Harvey Dent is celebrated as a hero, and Batman (Christian Bale) has taken the fall for his Two-Face badness. So at this point crime is way down. No masked vigilantes, no super humans running amuck. Commissioner Gordon (Gary Oldman) is being a commisioner, and thinking about letting the world really know.

Bruce Wayne is now a shut in, hurt leg, and doesn’t go out much, despite Alfred’s (Michael Caine) best attempts. Wayne Enterprises, still run by Lucious Fox (Morgan Freeman) isn’t poor, but isn’t making really any money anymore. Mostly sucks for all the orphanages and stuff that worked on his funding. A lot of money was tied into a sustainable energy project, brought on by an environmentalist Miranda Tate (Marion Cotillard).

But when a pseudo masked strong man, Bane (Tom Hardy) takes up residence in Gotham city, err, well why is he there? And why the heck is some chick (Anne Hathaway) stealing his jewels when he wants to just be a shut in? And what is with that shifty eyed cop, John Blake (Joseph Gordon-Levitt) with his notions of justice? 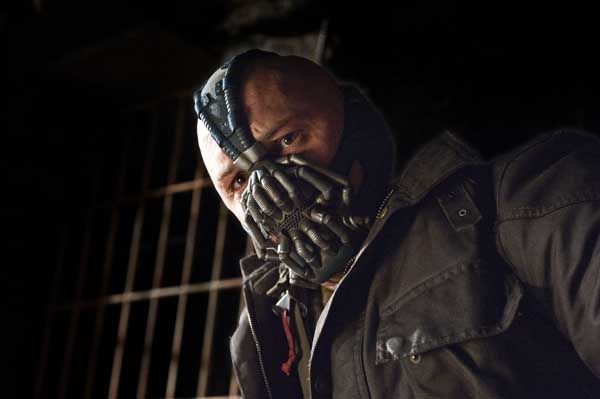 Ughhh, I wish I was reviewing this in 2014 so I can say all the spoilers. Because yes, 2 years is enough time to allow it.

Performance wise, I loved both Catwoman and Bane. Anne Hathaway personally never disappoints me, and I think she won a lot of naysayers over. Bane was so diabolically creepy to me. Strong, and smart, the best of both worlds, he dismantled all of Gotham and his voice and eyes were just so full of emotion to me. I almost found myself on his side, due to his weird form of Charisma.

Also, fucking Michael Caine. Every time he spoke, you listened. Powerful performance from him.

I think the story still may have been a bit too long. I think early on a few scenes dragged on a bit too long, but I understand the necessity of it all.

I’ve heard people note that there isn’t enough “Batman” in the batman movie. Instead, it felt like a lot more Gotham centric movie, and I loved the attention that went to all the different players. Maybe a bit too much time for Joseph Gordon-Levitt, but hey.

I think I need to say powerful again, because there are a lot of powerful moments. I almost teared up twice, and actually did once again. I like that the expected ending wasn’t what actually occurred. Unfortunately, my comic based activities and hearing rumors gave me a specific mind set going into the film. I kept forcing plot points to go to my mindset instead of how they were presented, and fuck me, I was right.

From Fear, to Chaos, to Pain, I think the trilogy as a whole will be celebrated for its “Realism” in terms of a comic book movie, and great attention to detail, along with the social implications of it all. Whether or not this is what the people who grew up during the late 70s felt when Star Wars was being released, I don’t know, but it probably will be one of the closest relatable feelings I have to something like that.