Alright, cool, Spelling Bees are still a thing. I never got into spelling correctly. You probably knew that from my reviews. But to be fair, I have enough problems with the English language as it is, which is why I kind of hate spelling bees. I just consider most of those words made up, basically.

So we have Bad Words, which for whatever reason got a limited release as if it was some po-duck indie movie. Took it a few weeks to come out in my town, up against Captain America: The Winter Soldier, so clearly they didn’t expect anyone to come see it. 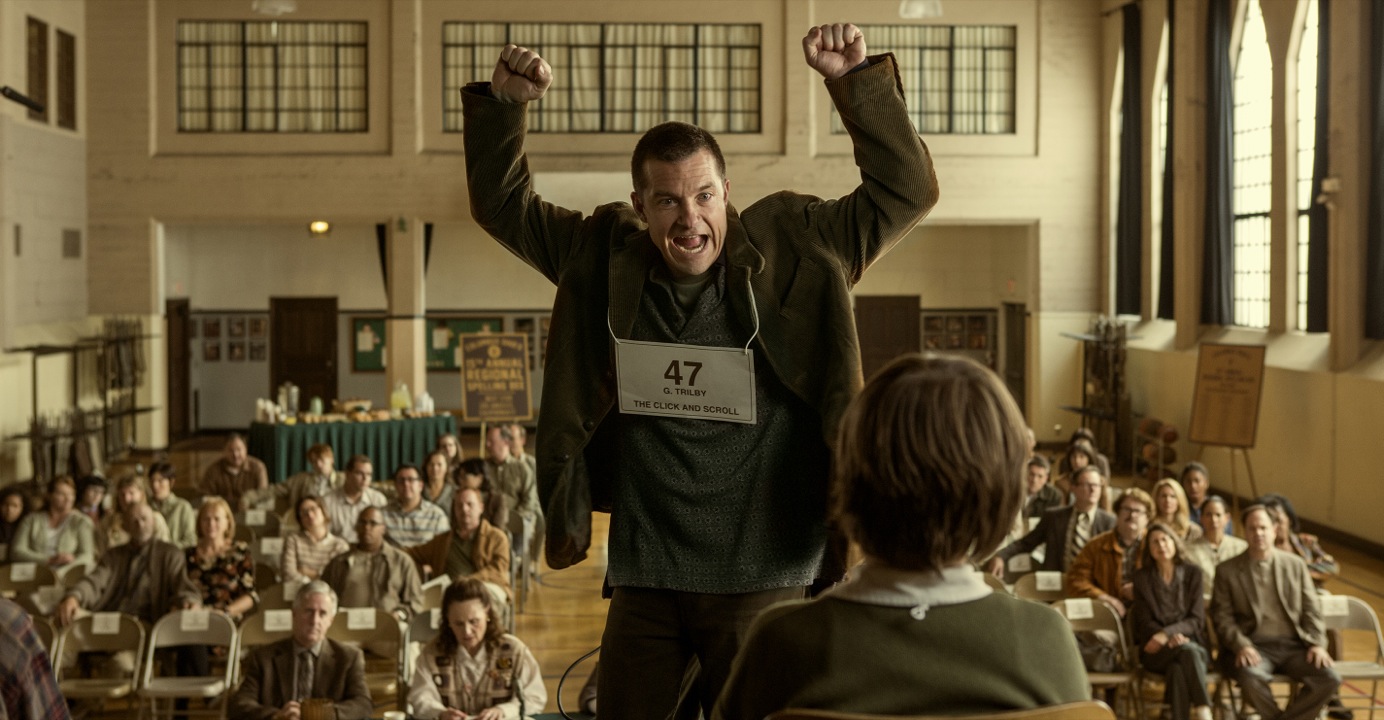 I don’t know if the words are bad, but the sportsmanship definitely looks bad.

Guy Trilby (Jason Bateman) seems to be an unreasonable asshole. He is mean, condescending, doesn’t want to talk to interact with others and is extremely vague. He also has been entered into the Golden Quill national spelling bee.

Making his way through the ranks, pissing people off along the way, he is finally going to nationals. He had found loop holes in their guidelines, and since he never finished the eight grade, he is eligible. Hell, he even has a sponsor, an online news paper who has lawyers at their disposal to help fix any issues. Jenny (Kathryn Hahn) is his personal reporter, who gets to have the exclusive interview/article after it is all over and done with the hopes of finding out just why this man needs to do this.

Is he just really bitter? Did he fail at spelling bees as a kid? Rough upbringing? Does he hate children? Well, you won’t know until the last third or so.

But there is a cute kid character of course, Chaitanya Chopra (Rohan Chand) who seems to lack a caring home. So sad.

Also starring Philip Baker Hall as the president of the Golden Quill, Allison Janney as the also high up member of the organization, Ben Falcone as a reporter, and Steve Witting as the proctor. 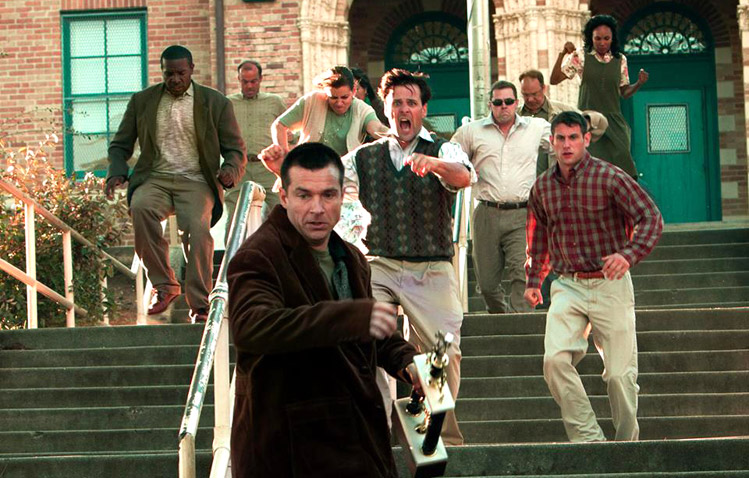 If you missed it, he literally pisses everyone off.

If anything, I can definitely say that Bad Words was different. It was Bateman’s first time at the directing chair for a movie, so presumably he put a lot of himself into this movie and really made it his way. It was pretty short, less than 90 minutes, going for a simpler story to tell.

But there were times when I still felt like it was a bit too long. Strange, I know. They had a lot of him hanging out with the kid, doing crazier and crazier things, and I was just sitting there wanting the next stage of the competition.

There were definitely times I laughed a lot, but technically all of the jokes were the same. It was Guy Trilby being an asshole to the people around him. He was good at insulting, but there was literally no other outlet for humor which just kind of annoyed me.

The ending was chaos, had some technical issues from what I could see, but still ended basically the way I would have expected.

I guess aspects of this movie were a bit on the Black Comedy route, but they didn’t go too far with that either. Overall, I think the movie was just okay. Had some laugh out loud moments, a lot of technical errors or goofs, and just something that probably wouldn’t interest me the second time I tried to watch it.