You may have heard that before, but based on how this one ended, and the credits, I believe him. I guess he is willing to be in smaller action movies, or as a small role in action films, but this is the last one.

Apparently Chinese Zodiac (which was released in China a few years ago and made a shit ton of money) is also a sort of sequel to Armour of God and Operation Condor, neither of which I had seen. Oh well, whoops. 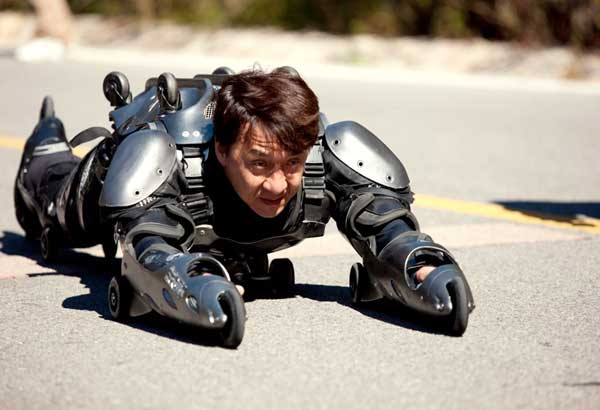 Holy fuck, a roller suit! How useful would that be in every situation??

This story is about a man named J.C. (Jackie Chan), who is kind of a bad ass. He and his team (Fan Liao, Sang-woo Kwon, Zhang Lanxin) seek out thrills and treasures and they are very good at it.

DO YOU SEE THAT PICTURE UP ABOVE? How badass is that suit? It opens the mood and puts you in a crazy feeling mood.

Anyways, after that, he gets word of another secret mission. There used to be 12 Bronze heads that represented the Chinese Zodiac that were stolen forever ago. A secret group wants J.C. to collect the heads for a big payday. He just has to find out where each one is, with some missing for dozens of years! Yes, this basically is a live action version of Jackie Chan Adventures, but no kids or old people.

They do have Coco (Xingtong Yao) someone who studies these things, and Catherine de Sichel (Laura Weissbecker), a French heiress who wants to help though. So that’s cool. Oh and Oliver Platt, which was a bit weird given the rest of the cast. 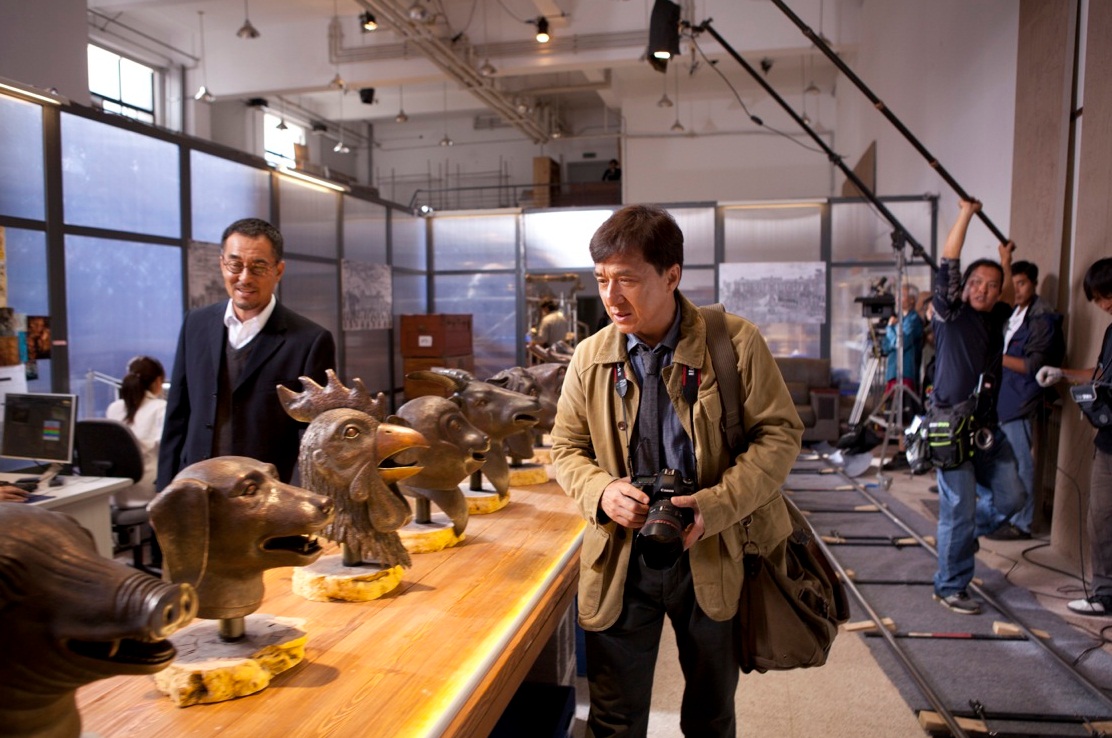 Never in my days have I seen so many heads.

Was there a lot of action? I’d say so. Was the action unique to Jackie Chan’s comedic fighting style? Yep. So many items were grabbed and used to beat up people with. This movie also featured a volcano, sky diving, a jungle fight, some ship stuff, and, oh yeah, JACKIE CHAN ON A ROLLER SUIT. Which I can’t get over.

Especially since I know he actually was rolling down a mountain with it.

I will admit, some plot points were weak, and maybe I didn’t really understand what was going on all the time. But it was entertaining and funny, I laughed throughout.

Which is really all I can ask for. I, like most white Americans, could watch Jackie Chan fight off hordes of people for hours every day and never really tire of it. Incredibly interesting as always.