Bah humbug. Just give me my Christmas themed movie in April, thanks. 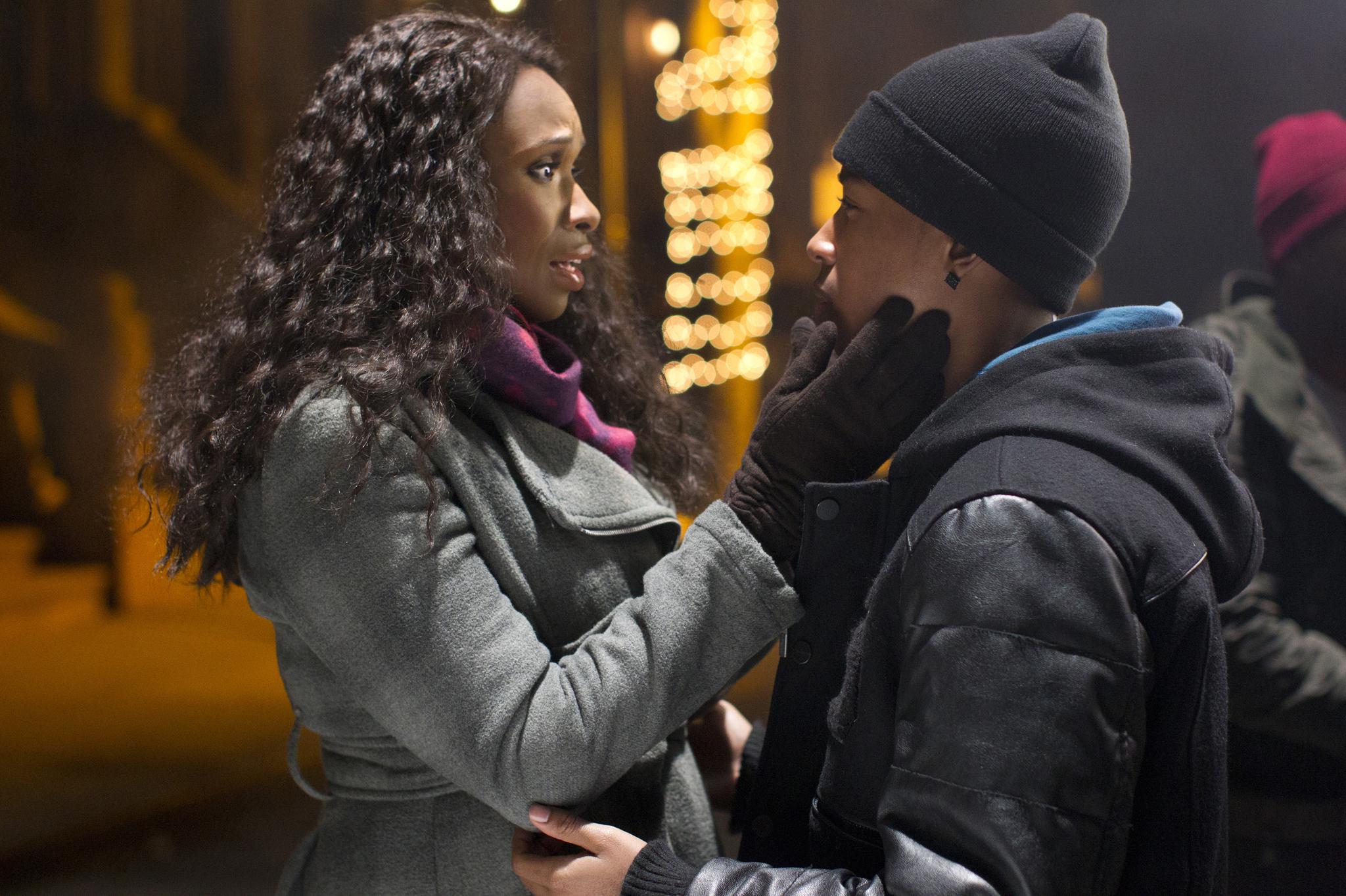 Christmas movie…with singing! Yay, sounds like a lot of joy.

This movie is based on a Langston Hughes play of the same name (but also, nothing like it?). You see, this isn’t just a retelling of the nativity but with an all black cast. The latter part is true, but the former is not. This is a modern setting, New York City.

In fact, our main character is named Langston (Jacob Latimore), after the poet. His mom (Jennifer Hudson) really likes him. Well, they are poor, behind on bills, he doesn’t know his daddy and they are about to be evicted. So she sends him to live with her parents in NYC, whom he hasn’t ever really met.

In NYC, after getting into trouble, he finally meets them. Reverend Cornell Cobbs (Forest Whitaker) and his wife Aretha (Angela Bassett). Yep, religious people. Around Christmas, no doubt. Langston doesn’t care about any of this, he just wants to help his mother anyway possible. If he has to steal to make money, so be it.

But maybe, just maybe, Christmas will and this new family he never really knew will be able to change him. Also starring Tyrese Gibson, Mary J. Blige, and Nas. I swear, just one role of his should acknowledge his eye. Just. One.

As expected, there ended up being a lot of drama in this movie. Over status in life, over who was the father, over why the daughter left her home in the first place to struggle for fifteen years, and over God.

I was ready and willing for all of that. But then the songs came and it was incredibly disappointing.

Fist off, the music felt faker than most musicals. They didn’t even make them feel real for a musical. I am ready to expect someone to just belt out and start going, but then they keep singing the song while doing other songs. I mean, I know Jennifer Hudson is singing. She started the song, voice didn’t change. But they continue the same scene with her singing, but character literally not singing as other stuff goes on. That happened multiple times.

A lot of the music also just became background noise. Musicals need to make their music front stage. When it gets turned into a montage without any of the characters actively singing, and literally just being a song like in a normal movie, it is hard to really give it any attention.

The music was a lot of Gospel, and I like Gospel, but the music was just so disappointing as a whole, that this in no way felt too much like a musical. None of the emotions they wanted to convey were able to hit me and that is down right disappointing.

This is why I chose to use all of my analysis space on just the music a lone. After all, if the music is bad in your musical, then your musical is indeed bad.