Tag: Miss You Can Do It

In an attempt to broaden my interests and review types, I set out to watch more documentaries. You know whose documentaries I usually enjoy? Why, those HBO Documentaries! I really only remember one specific one, Hot Coffee, and that one was really good. So why not another?

I picked Miss You Can Do It mostly because I liked the title. I went in knowing that it would talk about the first woman with a physical disability making it to the Miss USA pageant, and that she started a pageant for young girls with special needs as well.

And uhh. Well. That is basically the story I guess. And that is basically the documentary. The girl in question is Abby Curran, who at 20 won Miss Iowa 2008, sending her to Miss USA. She has cerebral palsy, just a milder version that mostly messes up her walk only. She made the Miss You Can Do It pageant actually in 2004 though, when she was sixteen, which is the miraculous part.

People from all over the US come and compete. I can’t tell how often it happens, but it is for young girls, most likely middle and elementary school. 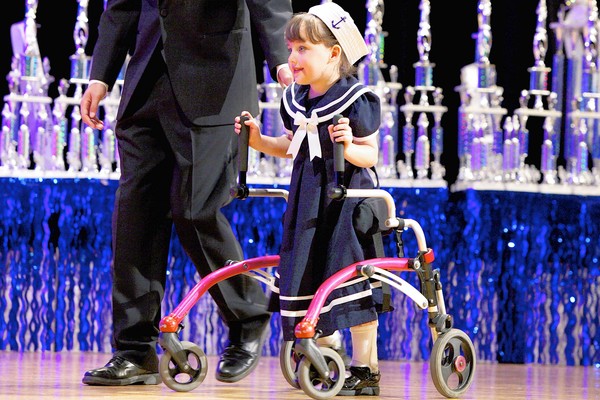 Look, one of the girls dressed up as a sailor for her casual wear. CASUAL WEAR. That’s how you know their lives are rough.

So let’s get to the real talk. Not a lot happens in this documentary. They show us the lives of ten of the pageant girls. Their home life, school life, interview process, talks with their parents and more. Good insight, some are harassed, we get that. Also over the last decade or more, it has gotten a lot better. Kids/students are being more acceptable of those with differences. You hear every year about how a girl with down syndrome or confined to a wheel chair gets picked for prom queen instead of some popular girl.

But how much of that is fair, really? This might be a tangent, but hey, it relates to the movie. It is now getting to the point that if there is a voting based competition, and someone has a disability, they have a good chance of winning it now. Which is fine, if they deserve it the most, but the ultra PC-ness has lead to people voting that way because they think its the right thing to do only. I feel bad for the other girls who might have been dreaming of this moment their whole life, only due to sympathy.

Is sympathy the right way to vote though? I don’t know. I feel like it might be one of several categories to consider.

I only assume people have these hopes and dreams thanks to movies. My own high school experience didn’t have anything ridiculous like that.

However, like this is awesome and helpful for a self-esteem point of view. Watching this documentary and watching the happy faces of these girls who live lives I can’t even comprehend was joyous. I also might think the sympathy vote is what a lot of girls would use to win a competition.

I don’t know if I fully made any points here actually. The TL;DR is that the sympathy vote is crap, and every time I see a disabled person win a popularity contest, I wonder how much of it was from sympathy and how much was from actually earning. It is the cynical part of my mind, I guess. I won’t go into any further thoughts my cynical mind might have.

This documentary on it’s own doesn’t do a whole lot, just showcases a thing that exists that you might not have known about. No debates, no changing point of views, nothing. So it is okay. Kind of disappointing from an HBO Doc point of view, but okay nonetheless.