Brought to you by the people who gave us Invincible and Miracle? Well, Million Dollar Arm is breaking up the one word name scheme then.

The two movies above were interesting, I guess. But even as a hockey fan, I didn’t really care too much for Miracle. Too much marriage drama over nothing coupled with some awkward inaccuracies like mixing up Sweden and Finland’s flags at the end.

So, knowing that those movies were just okay, I guess that is what this movie is going to aim for? But since it is based on a real event, that is extremely recent, I already know how it ends up. Dudes get signed by the Pirates. They spend a lot of time in the minors, some time in the MLB, and do okay to bad at pitching. 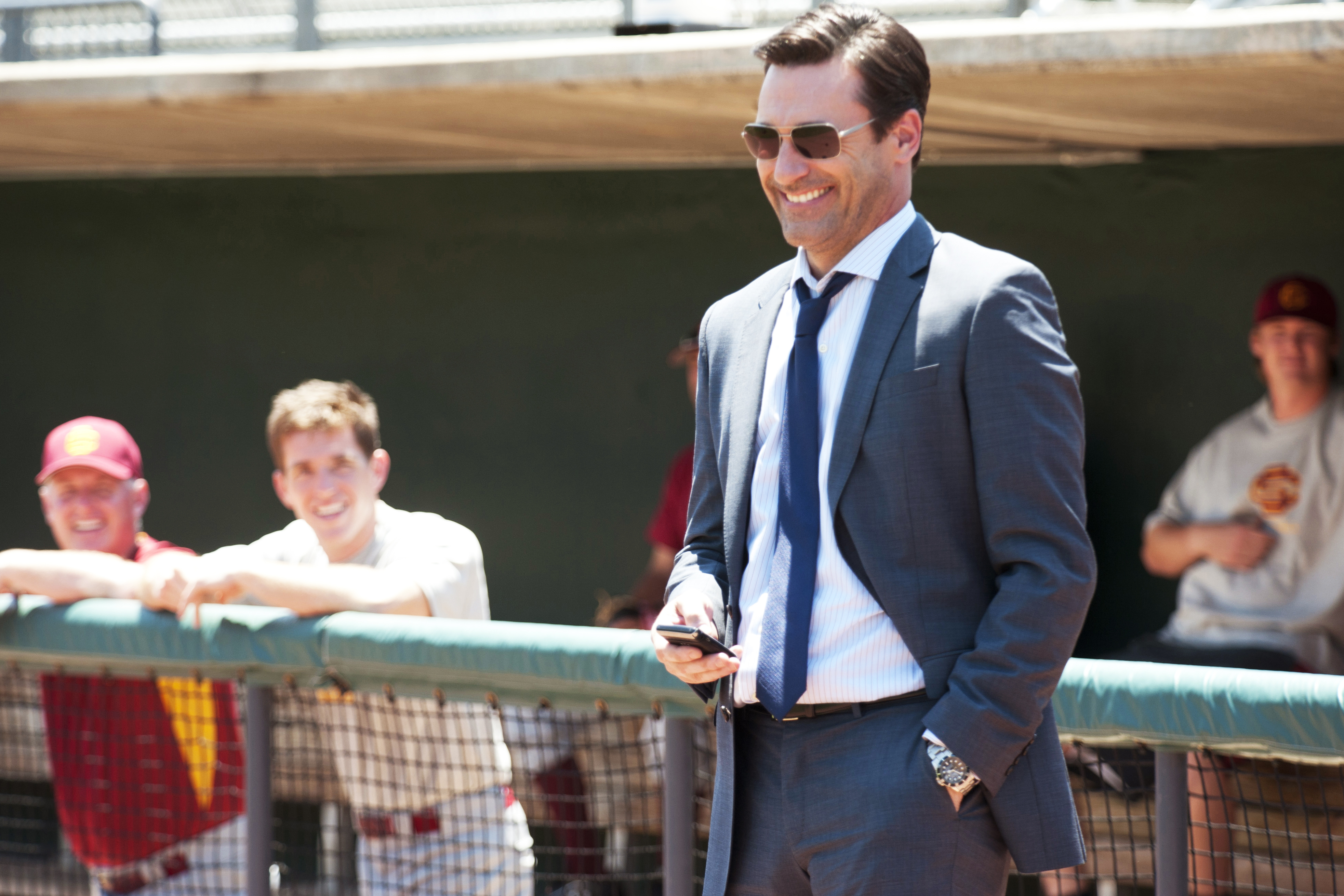 His big smile is due to the dollar signs that flash on the inside of his sunglasses.

Things are going bad for JB (Jon Hamm) and his advertising firm. They wanted to branch out on their own, make their own mark in the world, and they are having trouble making money and signing any real clients. Once they fail for the thousandth time, JB decides fuck all this nonsense. Let’s create a gimmick, change some lives, and become famous that way!

He sees Cricket on TV and thinks he can turn cricket players into baseball pitchers in one year. The first Indian MLB player will bring in a ton of new fans to the sport and lots of advertising and endorsements. Bling bling, playa!

So he gets an investor, creates a reality show in India, eventually finds two young guys (Suraj Sharma, Madhur Mittal), and an Indian translator who likes baseball and will work for free (Pitobash) and begins the training to get them into the MLB. But can they do it in just a few months?! ?!!?!?!!? !!!!?

Lot of other people here of course. Alan Arkin, small role as a talent scout. Bill Paxton as a crazy method man for teaching pitching. Lake Bell as the tenant in JB’s guest house who is the romantic love interest. Aasif Mandvi is the Indian friend of JB to not make this whole thing super racist/imperial like. I guess it kind of works. 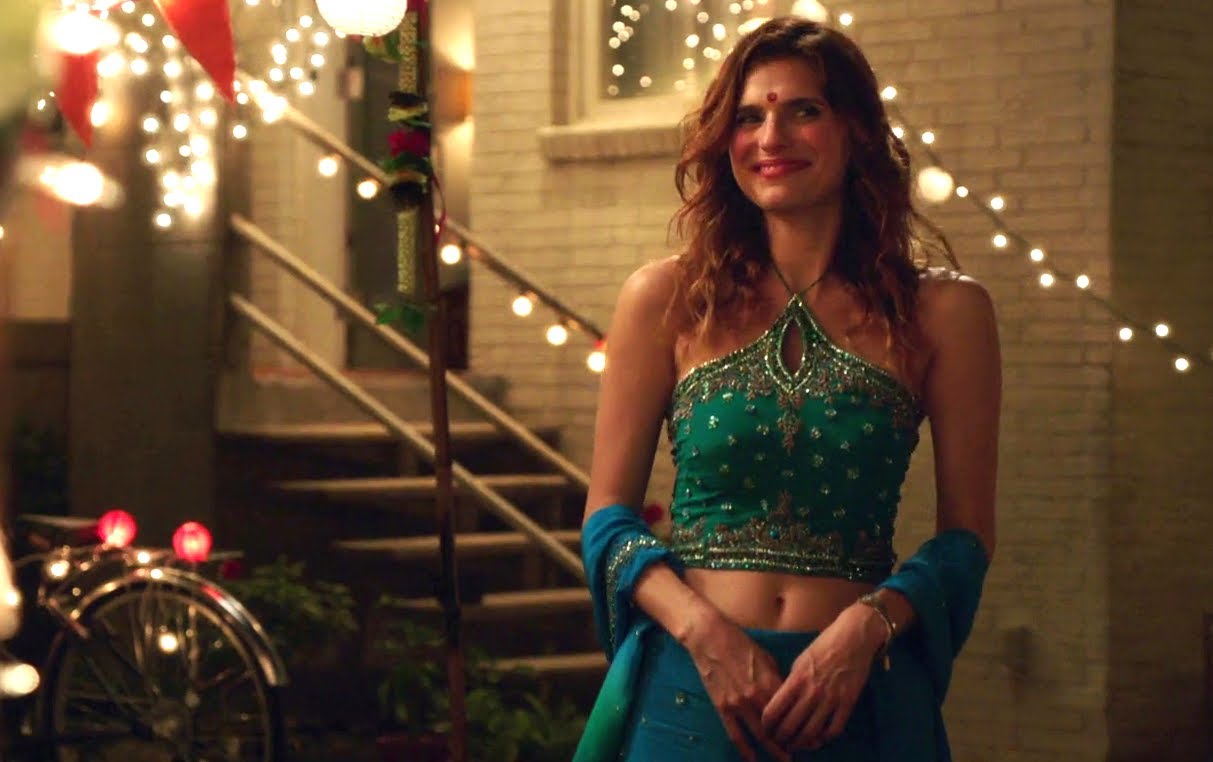 I think my two photos this time clearly represent business before pleasure.

Alright, first and easiest complaint about this movie is the length. The idea phase happens realitve quickly, so somewhere in the trip to India, finding of the boys and the training it just takes too long to get to the eventual end point. Too much of the movie is JB being an asshole, so it gets tiring. Maybe knowing the outcome doesn’t help this fact. But Lincoln kept up its entertaining aspects despite knowing how that finished too.

A lot of the characters are pretty good, but hats off mostly to our three characters from India. Sharma and Mittal aren’t similar in any way, both of their characters have personality and shine in different ways and excel for different reasons. Huh, kind of like the real life counter parts. But also Pitobash. Man was he amusing, probably made me laugh the most. I hope he is based on a real life person too, because that guy sounds like a cool guy to be friends with.

Hamm? Well, he played a dick sports agent who eventually found a heart to care for the kids he brought over and then they succeeded. But is it really a change of heart when it takes multiple people multiple times to tell him the same thing? JB is the type of character who will do almost anything to get ahead. He is desperate, that is why he went to India. Wouldn’t put it past him to fake the caring thing too, just because he knows it will make him that money.

So whatever, a pseudo inspiring tale I guess. It isn’t terrible, just is too long and again, is so recent we know that even though they came over and pitched, they didn’t revolutionize anything. They aren’t Jackie Robinson or anything.

Come on Disney. Find a sexier sports moment to make a movie out of next, please.