Hells yeah. Took forever, but I finally get to see Justin Bieber’s Believe, his latest documentary.

I reviewed his first one awhile ago, Justin Beiber: Never Say Never which made a lot of money. There was a second and third documentary that I never saw, Justin Bieber: All Around The World, and Justin Bieber: Rise To Fame. No, I got stuck with Justin Beiber: Always Believe, which was one of the biggest horse shits disguised as a movie that I have ever seen.

But this one went to theaters! Released on Christmas! It has to be a better, higher quality, right?

Much like the first one, we get to see live performances of a lot of Bieber’s songs from whatever this album is. I think it was called Believe, the venue was in Miami. That also is really the only new information given by this documentary. At least the first one got to talk about growing up, his first fourteen years and how he got big. This one was filled with just behind the scenes tour stuff, a lot of which was focused on his dancers for whatever reason. 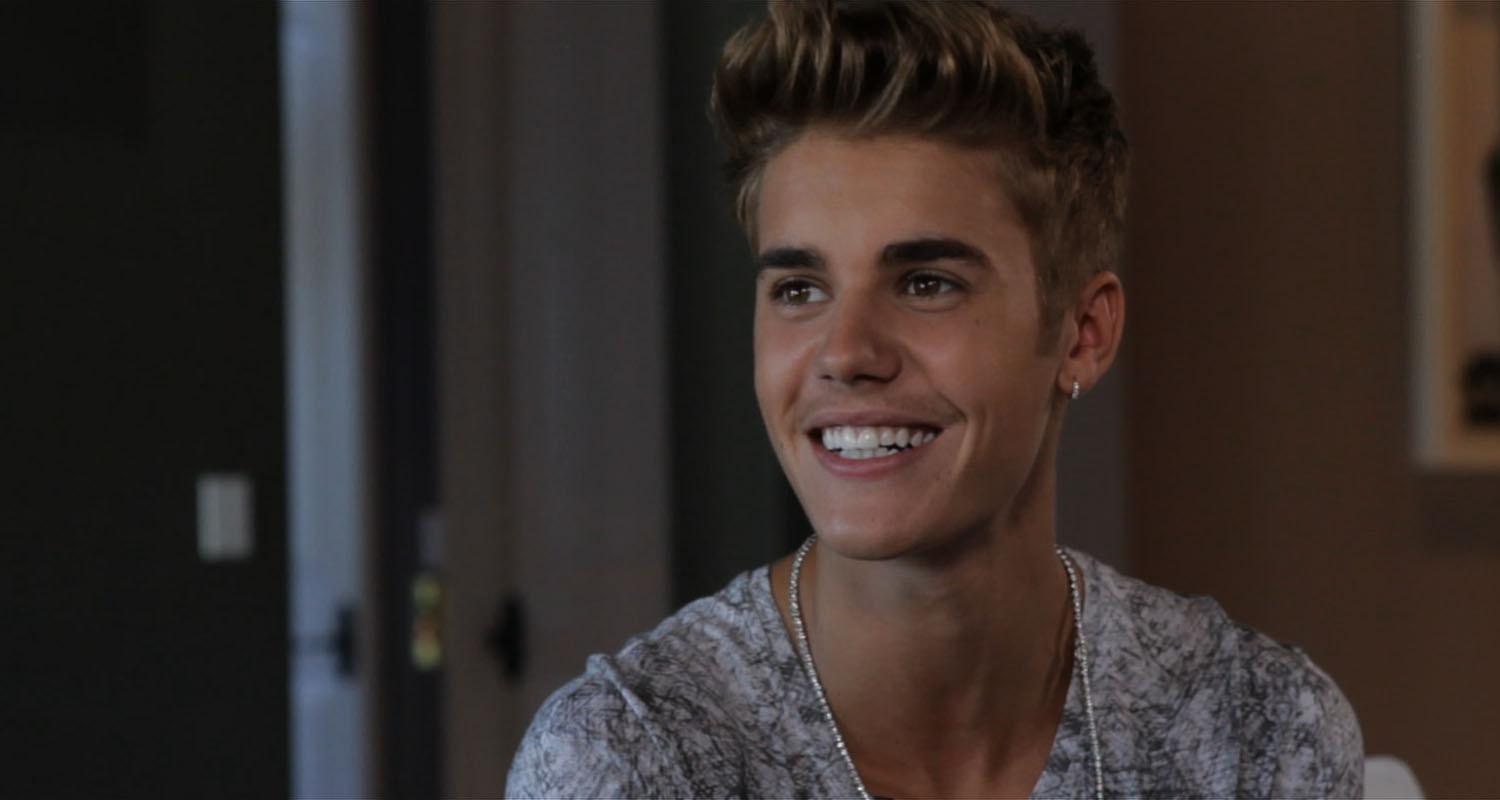 Here is Bieber trying to grow a mustache.

Lot of talk about the song Boyfriend, which is unfortunate, because that song sounds like pigs being slaughtered to my ears. That’s the only comparison I can think of, honestly. I know very little reason why it got popular. Beauty and the Beat? That is a song that makes sense. Even has singing in it. But Boyfriend? Get the fuck out of here. None of these songs really live up to his earlier work, in my eyes.

This documentary had a very large older man with a Bieber face tattoo. On his thigh. That deserved its own mention.

And uhh, that was about it. There is literally not much else in this documentary. Just behind the scenes crap of another tour, so nothing new outside of the songs being played.

What is kind of annoying is an interview in this movie where he talks about hos the paparazzi and media really want him to mess up and crash and burn. He says he hates it, but says he sometimes yells out at them so they get what they want just to leave him alone. But you know, that the bad life style isn’t for him.

Yeah. That explains everything he did since this movie came out then. What another waste of a documentary. Again, I don’t even hate Bieber. Just the song Boyfriend. I more hate Bieber haters, who only have like 5 of the same jokes, thinking they are so clever. Same sort of hate I give to people who say “still a better love story than Twilight“.

If you hate Bieber, then obviously you will dislike this movie. If you like Bieber, you will enjoy the new songs. If you are looking for new important stories or anything in his life, then this documentary will be disappointing. Consider me in that last area.