Oh man, we got a period drama here.

The Invisible Woman! Not at all about the Fantastic Four reboot either. No, it is about Charles Dickens having an affair before he died. Yeah, and we get a whole movie about it, because why not, Dickens was a famous person!

This is a movie that is going to go super heavy into the drama/romance aspect. 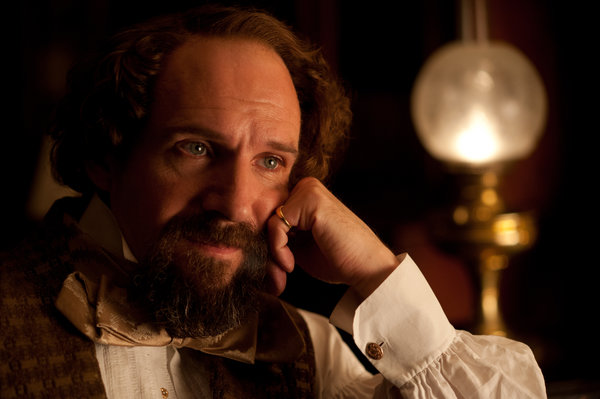 But thankfully we get intense and unusual facial hair. My favorite!

Charles Dickens (Ralph Fiennes) is very Dickens-y. He is writing books, writing plays, and acting and directing him too. Oh what fun, high society Victorian era is!

He has a wife (Joanna Scanlan) who lives him, but she is uhh, homely. So when he meets young Nelly (Felicity Jones) he is smitten. She is beautiful, after all!

So he wants to tap that. Despite his marriage. Despite how inappropriate it all is. Hell, he even has her mother’s (Kristin Scott Thomas) permission. After all, it would do good for her career to be on the good graces of someone so influential. 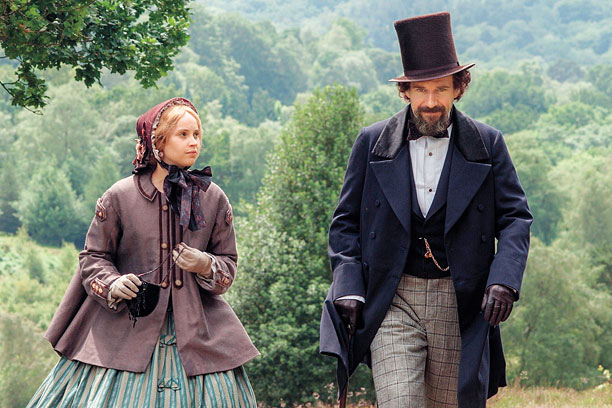 Shit, Pharrell’s Hat has nothing on this one.

Now I have to ask myself this question. Why does this movie at all matter? Well, in honesty, it doesn’t at all matter. I have said it before, and said it again: Just because something is a true story, doesn’t mean it warrants its own movie.

The reason this has its own movie is because Charles Dickens was a famous writer in Victorian times. The woman was invisible because no one knew about the affair until she wrote memoirs on the subject. After all, Dickens was married.

So, the story is weak. How is the acting? The clothing? The dialogue? All of those are top notch. I just wish there was a plot worth watching to go along with it.