I just now realized that the title Gimme Shelter is spelled wrong. What the hell, movie makers. I demand another i.

Besides that, this song didn’t use the The Rolling Stones song either. All I knew about this movie is that I heard some good things about it, and that it of course never came to my area when it was out in theaters. Typical, typical lame area.

Oh well, DVD releases wouldn’t be exciting if I always saw the stuff before they came out, right? 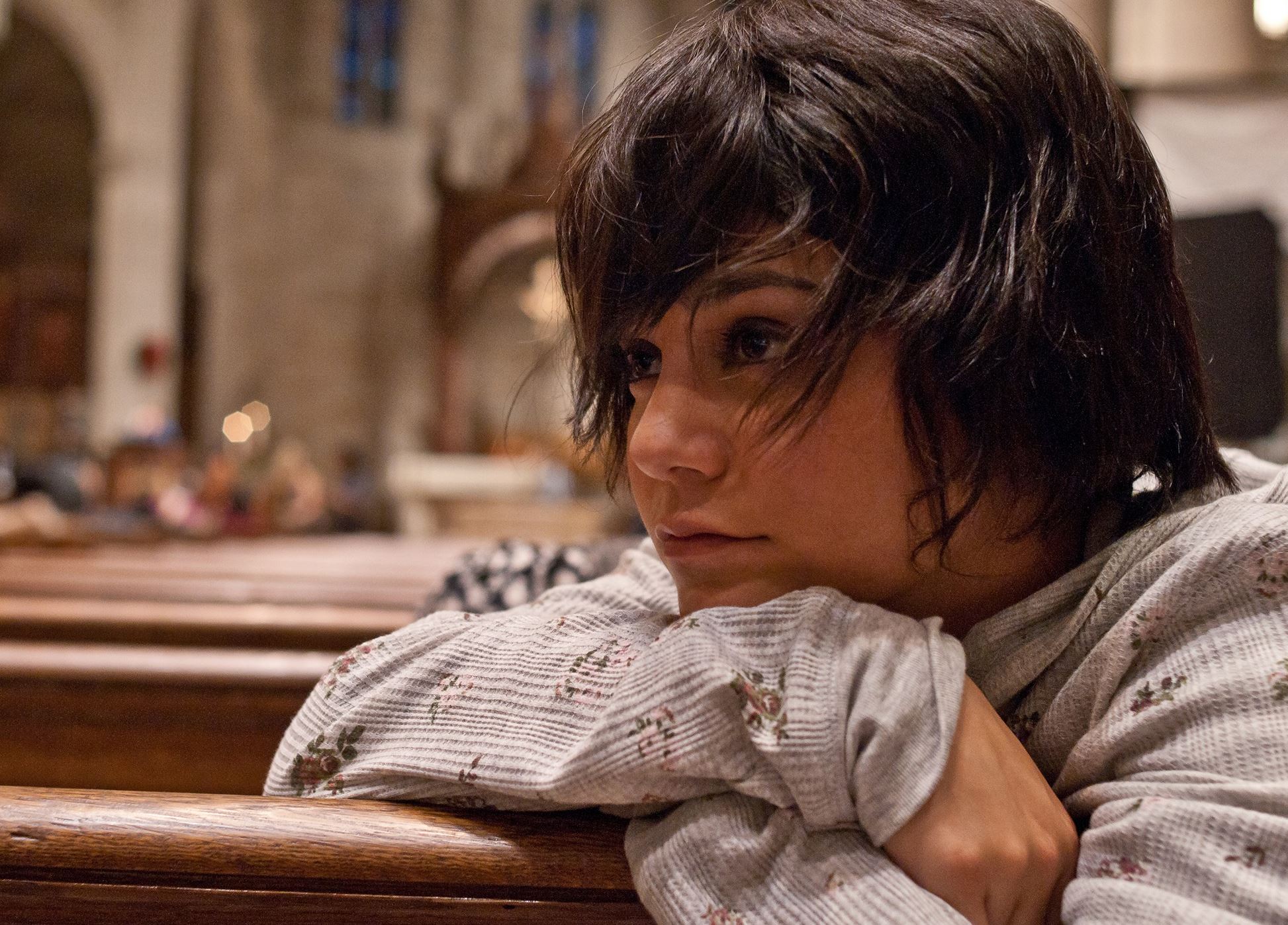 Spoiler – The Shelter is a church.

Agnes/Apple (Vanessa Hudgens) is your typical troubled teen girl. Her mom (Rosario Dawson) is a crack whore, they live in the slums, with lots of drugs and gross stuff. And she is pregnant from a boy she met, who wants nothing to do with her now. So she has had it, cuts her hair, and runs away from home.

Where to? Maybe her dad’s house! Who she has never met before, because he was a kid in college when he met the mom for basically a very short relationship. He didn’t find out about her existence until years later, and felt bad, but didn’t come and save her from her life either. Either way, he (Brendan Fraser) is now a rich dude with a family, some wall street shit. She wants to stay with him, but his wife doesn’t appreciate the fact that she is pregnant and doesn’t want to raise the baby for her. She wants Apple to get an abortion!

Well, Apple doesn’t like that either. So she goes back on the streets. Then she gets eventually put into a home for teenage girls who are pregnant. Yay shelter.

Starring also James Earl Jones as a preacher, which may be his first time in a role like that, and Ann Dowd as the troubled teen home owner. 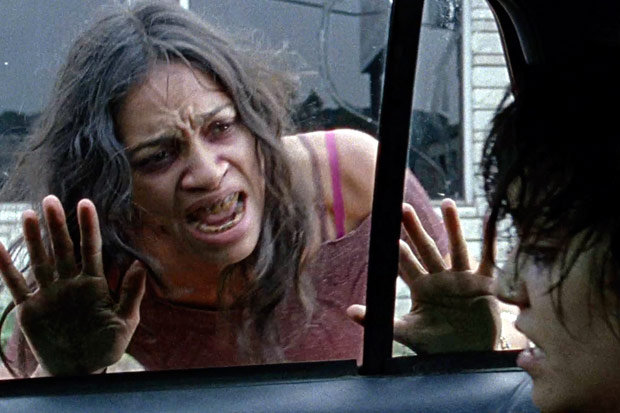 Give it up for the make up department for grossing us out with Dawson’s teeth.

I am pretty sure during this movie I saw a fade to black. One of those things to signal an end of scene or commercial break or whatever. Is this secretly a made for TV movie that instead went to theaters? Because that is what it felt like. It felt like a Hallmark after school special or something. A movie about why abortions are bad and your family might not be your real family.

Here is a positive. I can say this wasn’t an expected role for Vanessa Hudgens. There was no singing, no dancing, she wasn’t sexy, just a teen with a lot of emotions and not many people she could trust.

But the movie felt like a giant lecture. The ending too was kind of odd. That is when I found out it was just based on another fucking true story, that they thought was good enough for a movie, but in reality it wasn’t. Yeah. This review I guess will be shorter than a normal one, because I am already done.