These are the things on the cover of Don McKay. Despite all of that, it doesn’t show much excitement, but more sadness. And mystery. But since I never heard of it, and I got the Blu-Ray for only $1…

Well you know the rest. 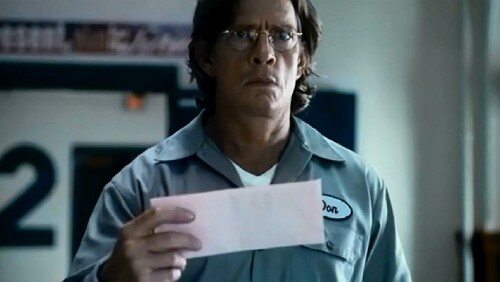 He just got a letter, I wonder who it’s from?!

Don McKay (Thomas Haden Church) is a janitor at a school, and a long way from his home. Twenty five years since he moved away, and he gets a letter from the woman he used to love, Sonny (Elisabeth Shue). He left town because he was a suspect in an unsolved murder, but no real evidence. Creepy. Either way, she says she is dying and loves him, and wants to die with him by her side. Okay, that is creepy too.

He meets her care taker, Marie (Melissa Leo), and her doctor Lance (James Rebhorn). After he gets some sex, and the ladies are out, he is attacked by Lance for an unknown reason, and a struggle for his life, and Don ends up killing Lance with a broken glass bottle. What in the what?

Don quickly tries to hide the body in the nearby wooded area, freaking out. He gets stung by a bee also, which he is allergic too, and passes out, waking up in the hospital. No one seems to know about the body yet! And Sonny wants to propose. Interesting.

Needless to say he realizes something fishy is going on. He tries to contact his old friend Otis (Keith David) who doesn’t like knowing that he was contacted just to help hide a body. Also Pruitt Taylor Vince is in this movie as well, but his role is more of a plot spoiler.

Why is everyone in this movie so weird? Why are they so vague with Sonny’s disease? 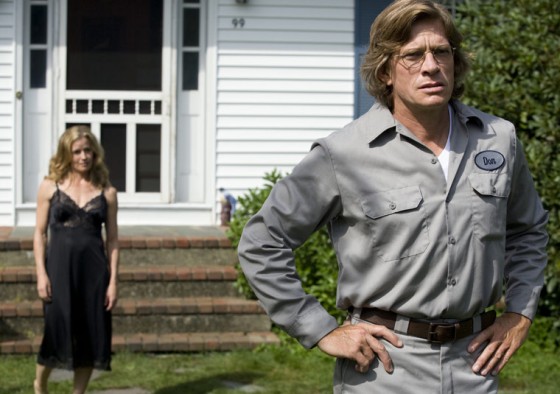 Angst face is full of angst.

While potentially having an amazing plot, and almost going to amazing “Oh shit! Didn’t see that coming!” moments, the things that ruined it was the slowness, the lame acting, and the boringness. Reason 3 probably relates to Reason 1 there.

But holy crap, does this movie move slow. Not only that, but Don’s face seems to look like that the whole entire movie. Solemn and grumpy, and almost lost. The whole damn time. I think the best performance is from Melissa Leo, but still didn’t find it too great. I found it hard to care about the characters who looked and acted so uninteresting to me.

There are like, three plot twists in this movie roughly, the third being especially creepy and unexpected. But twists or not, it could not save me from the dullness I felt from this film.