Indonesia must be the most violent place on Earth.

At least it appears that way in movies. I have only seen two now that take place in there, The Raid: Redemption and its sequel, The Raid 2.

The Raid 2 is 150 minutes and a very significant portion of that is action heavy. This movie is definitely not for the faint of heart, as it is violent, gruesome, and just so dang fast. I know I have said that before, but this might be one of the most real examples. 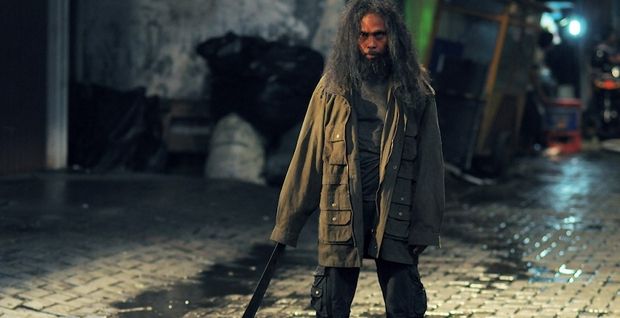 Things sure have gotten rough for Michael since Lost. Will he ever fine Walt?!

I probably should have watched The Raid again before watching this movie. I really don’t remember much of the plot, since the plot aspects actually were pretty poor in the first film. But this time? This time they want plot. The plot itself is more detailed, with quite a few more characters, some backstories, some personal issues and the like. I guess that is why the run time is so long, to fit all this extra plot in the film. Note: Plot is not the reason to watch this movie.

This takes place right after the plot of the first film. Rama (Iko Uwais) succesfully took down the tower, and is talking to the only supervisor he can trust, Bunawar (Cok Simbara). Well, Bunawar cleans up the leftover messes, despite Rama’s surprise. He wants Rama to join his team, undercover, to help clean up the dirty cops in the city. He refuses. Until one of his family members is killed as a result of his own earlier actions.

So he has to get sent to jail to meet Uco (Arifin Putra), son of Bangun (Tio Pakusodewo), the local crime boss from the area. He needs to infiltrate their organization by befriending the son and hopefully get a list of names of corrupt cops. He knows that one head cop Reza (Roy Marten) is clearly bad, but without knowing the rest, there cannot be a cleanse.

But what ends up happening is Rama gets caught up in a gang turf war between the two rulings gangs, and a third new gang lead by Bejo (Alex Abbad) who wants to make his mark by going straight to the top. Can he survive and put an end to all of the threats? 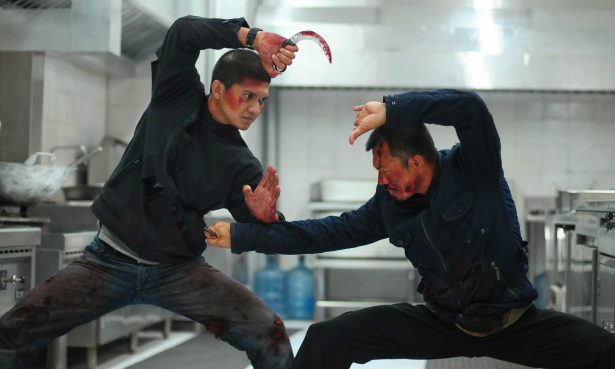 Basically one of the people is a real life Talim from Soul Calibur!

Technically, this is a bit of a hard film to give any real analysis to, because there are only so many words I know that mean “gruesome” and “fuck yeah violence”. There isn’t much else to say really outside of that for the action. Some of the best action scenes I have ever seen, just a bit cringey at times (note: most times). The first hour or so could have probably been cut some. A lot more plot vs action in that part, although it featured some sad moments. Thankfully the entire movie didn’t take place in prison like I thought it might. Only had two fight scenes in there, although the mud one was a whole tier on its own. Only thing I wish about that scene was making it easier to tell who was who so early in the movie.

I’d like to think if a bunch of white people were caked in mud, I would have an equally difficult time.

This is the type of shit American action movies need to be like. Especially the serious ones. Action on type of action with some little bit of action on the side.

I am curious where the third film is going to go. Apparently it will take place two hours before the events of the end of this film? Initially, that sounds terrible. But oh well, as long as it looks cool while it happens, right?