Comedy sequels have gotten a bad rep lately. Like Zoolander 2 and Dumb and Dumber To. Okay, those had many years between sequels, but like…The Hangover Part III and Horrible Bosses 2.

So I went into Neighbors 2: Sorority Rising with a skeptical face. I enjoyed Neighbors and rewatched it the morning of the screening, still holds up decently.

But the problem with comedy sequels is the direction you take it. Do you give them more of the same? If so, then it isn’t original any more. If you give them something completely unrelated, then why even make it a sequel and not an original movie? 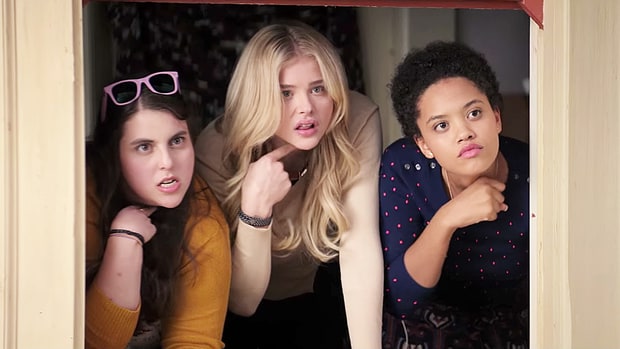 But you know, regular, chill, want to kill you women.

After Neighbors, Mac (Seth Rogen) and Kelly (Rose Byrne) returned quiet to their neighborhood. But now, Kelly is pregnant again, so they want to move to a new house with more rooms and with less neighbors. They put an offer on a house and they were accepted! However, their current home isn’t sold yet. It is on escrow. So the buying couple has 30 days to check it out and do tests and can back out at any time.

And at that moment is of course when some new people move in. Shelby (Chloë Grace Moretz), Beth (Kiersey Clemons), and Nora (Beanie Feldstein) want to start their own sorority, that can party and smoke weed and promote their own feminist values of sisterhood. They just have issues getting enough money to rent the place for their dreams to come true.

That is where Teddy (Zac Efron) comes in. He is feeling pretty pathetic, everyone in his life is becoming successful except for him. And Pete (Dave Franco) is now totally gay and about to get married to Darren (John Early), which means Teddy needs a place to stay. He decides to become a sort of sorority consultant to the girls in order to find value, and maybe screw over the people who gave him a criminal record and all. 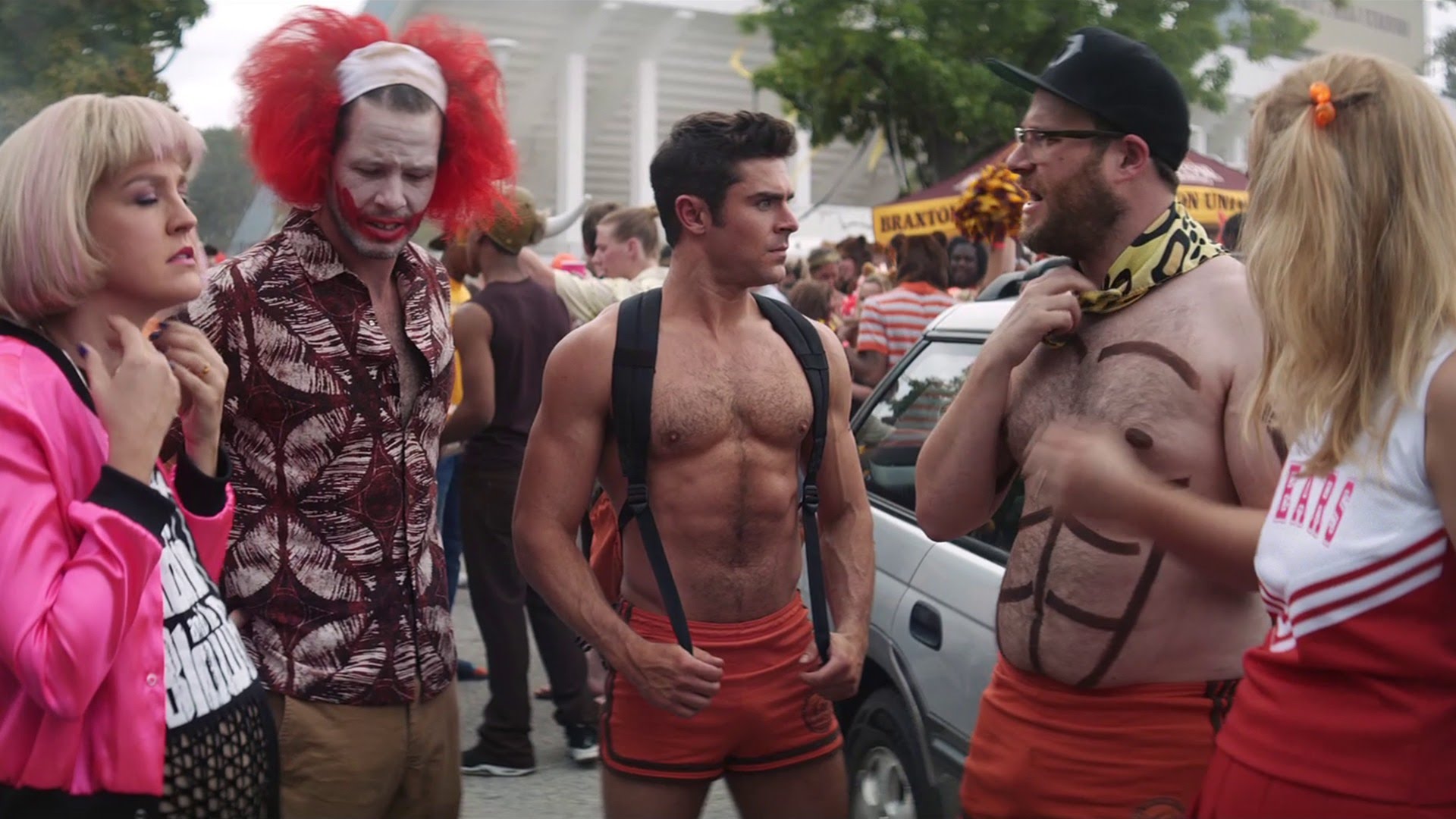 This is how I dress up when I want to look young.

Neighbors 2 actually does a good balance of keeping things original with appropriate call backs. The picture used right above ended up being one of the funniest scenes in the film and was entirely new and fresh material. My second and third favorite moments were both call backs to airbags. There are several great humorous scenes that really carry the film and overall make this film a good time while watching it.

But when comparing it to its predecessor, it doesn’t hold up as well. My main faults lie with the chemistry between Moretz, Clemons, and Feldstein, the leaders of the new sorority. It is practically non-existence. Yes, before the events of the film, they didn’t know each other, but most of their comedic scenes together never really feel too funny. Their logic and reasoning for wanting to create their own sorority is actually a good one. The film delivers a real message about sorority culture and the need for change. They just failed to make it funny.

Most of our humor is reserved for our old people roles and Efron, while the sorority side remains mostly serious in their own goals. It is a strange dichotomy in this movie.

And honestly, the ending tried to tie everything in a nice bow, but the solutions that were found don’t make a lot of sense when you examine it for just a few seconds.

Again, some great funny scenes in this movie, and strangely enough, some character growth, but they are unable to deliver their message while maintaining the funny throughout.

Finally, a movie that can relate to almost anyone. Neighbors. Hey, I have had neighbors most of my life! Some people live on farms in the middle of no where with no real neighbors. Those people aren’t the target audience for this movie though. I doubt they are anyone’s target audience really.

Also it is the first big comedy of the summer. Last year we got This Is The End as our first big movie (because I am just making shit up now and ignoring other films, like The Hangover 3. Let me make up this imaginary point, jeez), and that one set a bar too high for most other comedies to follow.

Can Neighbors do the same? 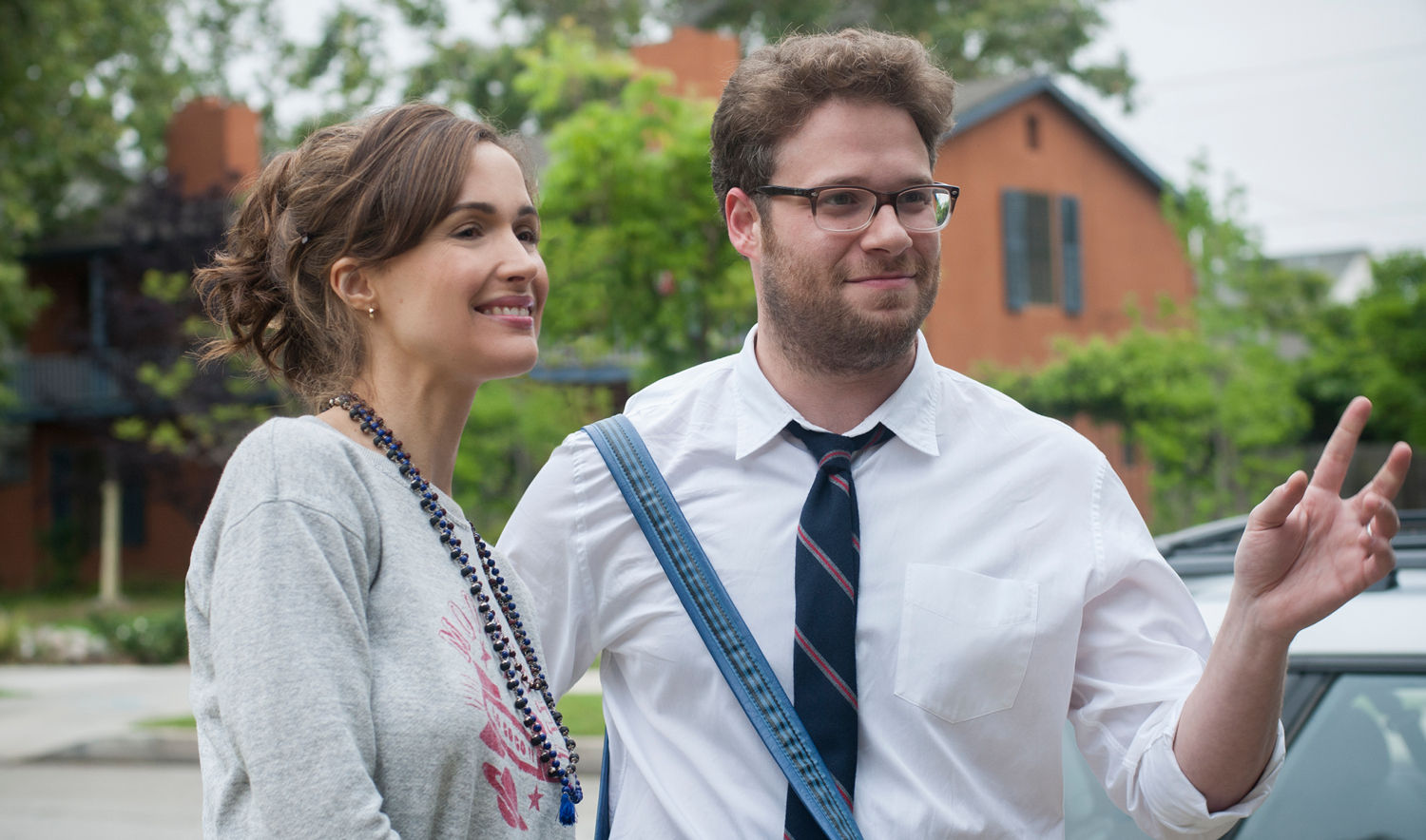 Not with these squares trying to act cool. Nope nope nope.

Mac (Seth Rogen) and, Kelly (Rose Byrne) are adults! They have finally done it! They created a human from their love and they have a house!

But then they got…grr…neighbors! They thought it would be a lovely gay couple. No, it was a frat house. How’d they get a house in the middle of a residential neighborhood? Who knows. But they are stoked, because it is time to party. Their president, THE Teddy Sanders (Zac Efron) and a VP of Pete (Dave Franco).

Mac and Kelly try and be cool about it all. Sure they have a baby, but as long as they are cool, the frat will probably try to keep it down. The frat is willing to be friendly with them, as long as they don’t call the cops ever, just them first.

Well, they call the cops eventually after a party that won’t end and won’t get quiet. That makes the frat angry. They decide to rage war on their neighbors, as they have messed with the wrong frat. Then shenanigans happen. Shenanigans!

We also get Christopher Mintz-Plasse and Jerrod Carmichael as frat guys. And Ike Barinholtz and Carla Gallo as friends of Mac and Kelly. And Hannibal Buress as a cop! But his role is limited. 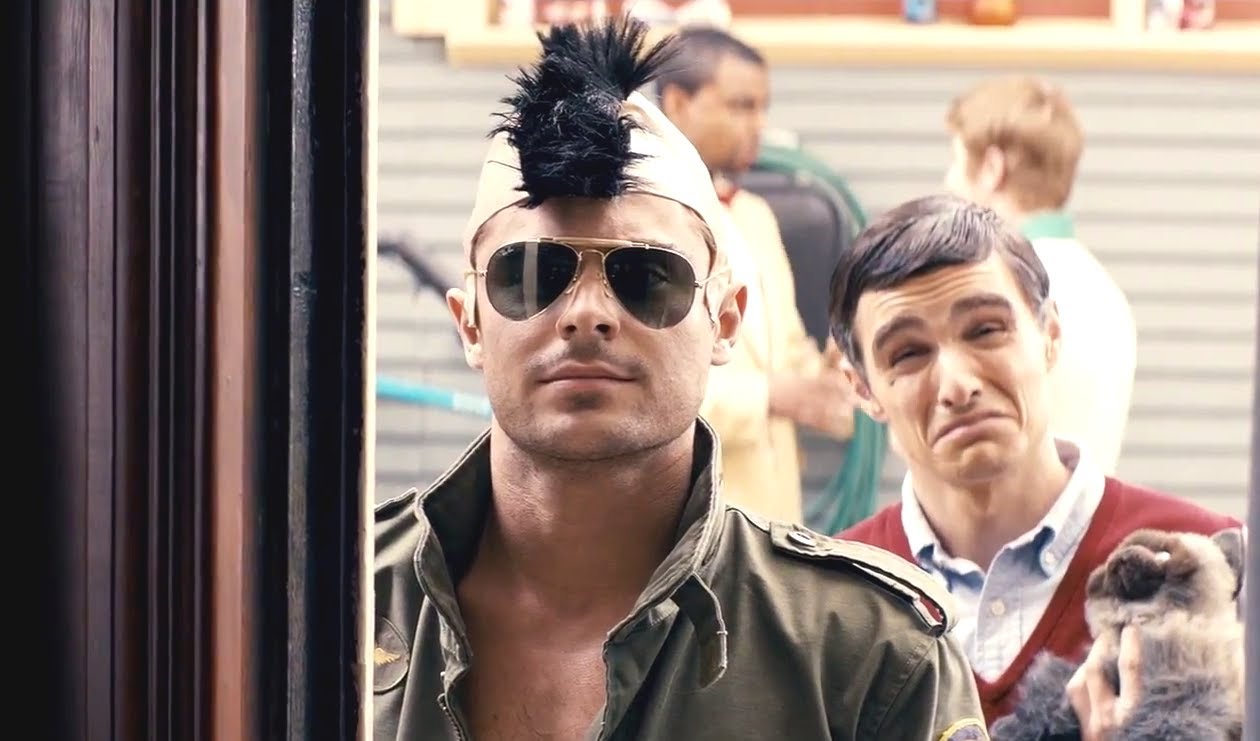 When there are multiple De Niros, you will never know who is talking to who.

Instead, I will talk about Rose Byrne, who was absolutely hilarious in the movie along with the rest of the cast. I realize I rarely praise the female in a comedy, but she really held her own against some of these other professionals of comedy. She doesn’t do comedy much, outside of Bridesmaids I really can’t remember anything, so it really came as a big surprise to me.

The film definitely has its moments. The one De Niro scene had me in stitches, and reminded me a bit of the seagulls in Finding Nemo.

It was a good show from an all-star-ish cast with hardly any downtime in between laughs.