A few months ago, for whatever reason, I decided to watch a shit ton of random dance movies that came out throughout the years, that I of course ignored. These were the non Step-Up movies, basically. I stopped because Battlefield America really messed with my psyche.

But before that abomination happened, I watched StreetDance, a British dance flick from a few years ago that for whatever reason took over a year to make it to the US. It was okay, very Step-Up based plot, but had a lot better music than the other dancing movies so I gave it a a pass. I knew at the time that a sequel, StreetDance 2 already existed, but wasn’t making it to America until over 1.5 years after it was released in the U.K.

Those jerks. Well, today is my day! Come on, mediocre dance movie! 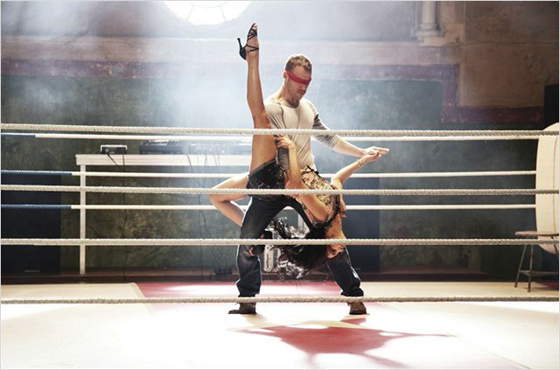 Huh. Blindfold dancing. I wonder if this will be important at all.

Ash (Falk Hentschel) wants to be a dancer. Well, he dances. But he wants to be great. He challenges the Invincible crew who always wins (random dance competition), but while spinning his moves, he falls down and everyone laughs at him.

Everyone buy one man, Eddie (George Sampson) who wants to be his manager? What? That was quick. Yeah, his manager, and he wants to put him as the leader of a crew to challenge Invincible and take em down.

And what a crew they find! During the opening intro to the movie, we see them shuttle all around Europe. They all have clever-ish names too, like… Steph (Stephanie Nguyen), Tino (Samuel Revell), Skorpion (Brice Larrieu), Bam-Bam (Elisabetta Di Carlo), Killa (Ndedi Ma-Sellu) and his son? Junior (Akai Osei-Mansfield), Ali (Ali Ramdani), Legend (Niek Traa), Yo-Yo (Delphine Nguyen), and Terabyte (Kaito Masai).

But besides making the rag taggiest rag tag group of dancers “All around the world!” (re: Europe), Eddie still claims they are missing something. That is because he was in the last movie and knows what’s up. Last movie infused ballet with street dancing. This movie, this movie Eddie wants to bring in some Latin dancing element. So he goes to some big club, and there they meet Eva (Sofia Boutella) and boyyyyyyyyyyyyy can she dance. But can the team accept the fusion? Can Eva? Can her overbearing but wise Uncle Manu (Tom Conti)?

Or will everything work out magically at the last moment? 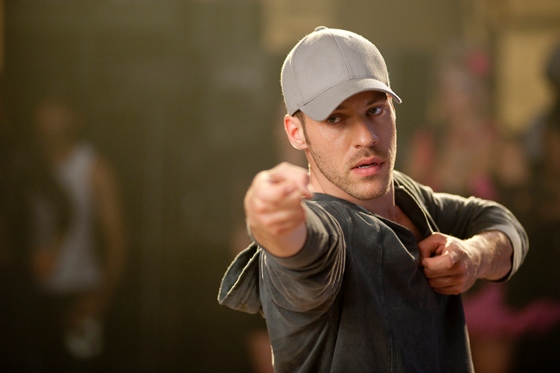 Well, I guess all I can do is compare this one to the last one.

It definitely is following the same plot line as the first film, maybe even set in the same world. Dance crew, adding traditional dance element. So that is good. Being similar makes sense in a movie series.

But overall, this one is definitely not as good as the first. The crew is less likable, as there are only 3-4 characters who matter I guess. I only was able to get the whole crew down correctly because I wrote their names during the intro. Most of them didn’t have personalities. Junior? There is a fucking kid on this team? What? Meh.

The music is okay. Still better than a regular dance movie, just not as good as the first. I don’t want to go listen to the soundtrack afterwards.

The ending went as expected. The main chracter is currently most well known as a random bad guy from White House Down. And I guess the dancing was a bit worse than the first film too, with more nonsensical plot moments.

All the words put me towards giving this an overall 1, but it was still okay, and better than a lot more current dance movies. So hey. Take what you will from this.