Hold your horses everyone. ANOTHER Hollywood remake!? For shame. After all, the first Straw Dogs is only 40 years old. It should still be fresh and in everyone’s minds. Clearly Hollywood is running out of ideas, if it has to remake something only 40 years old. The NEW Straw Dogs will automatically suck, by comparison. It has things like credit cards in it! 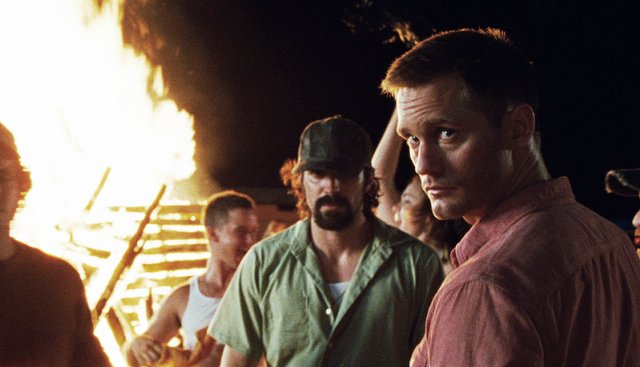 It is also full of thievery and shame.

The other option is to ignore all of that.

Done! James Marsden and Kate Bosworth are traveling down south to the town where Kate used to live. It is a smaller community, not all hustlin’ and bustlin’ like the big cities up north. Which is good! She has an old place there, and he needs a quiet place to write a screenplay. They also want the roof of the shed/barn thing repaired, for some reason (even if they are there temporarily). A friend of Kates, played by Alexander Skarsgård, and his posse, agree to fix the roof.

Then crazy shit happens. And by crazy, I mean subtle annoyances between the two groups. Coming too early to start work. Leaving too early. Coming too late. Drinking their beers. Playing loud music.

This also makes Kate and James argue. Because James is a pussy who hates confrontation, and Kate is running around braless and “asking for it”. Which just leads her to flash seductively the crew (and oh yeah, that guy is her former ex). As expected, this leads to further elevation of conflict. A dead cat, bizarre hunting antics, and a rape or two. 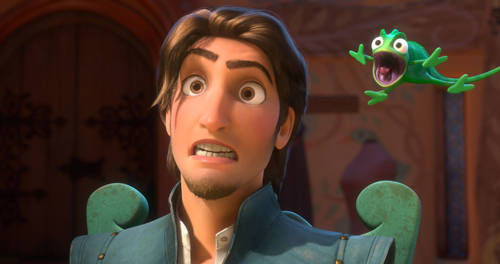 There is also a side story involving James Woods (a high school football coach), his cheerleading daughter, and Dominic Purcell who plays “local retarded boy”. She has taken a fancy to him, which Woods is sourly against. The two plot lines accumulate by the end, to create a standoff where James Marsden finally breaks, and protects his family at all costs.

So, a lot of this film had me cringing in my seat. The violence at the end, rape in the middle, a scene where bone was shown coming out of the arm. When the final final scene happened, which also happened in the original, I half expected to hear someone yell “FATALITY!”, it was that crazy.

Personally, the reason I can’t rate this higher is because I know I probably won’t ever watch this again. Although an enjoyable experience, I wouldn’t want to see it more than once, which is a weird feeling.

From what I can tell, the differences between the two movies are: Going down South instead of North, less boobs in the rape scene (despite the fact that her boobs are pretty much visible throughout with her clothing choices), the guy is a writer not a mathematician, the violence was upped a bit, and it ends sooner. The first is based on a book though (And this one is based off the movie). That should have been done, because changing medias is fine.

But remakes never. After all, The Wizard of Oz and Scarface were both remakes, and they failed horribly because of it.

Maybe the problem is that it is too similar to the original still, and thus doesn’t warrant being made. But, if it had a lot different, people would bitch about it not being Straw Dogs. Lose lose.