Its amazing how non observant I am in the real world. I recognized all the names on the movie Stone, but I must have gotten lazy after the first two and wandered off each time. Had I known this was a movie with Edward Norton, I would have watched this much sooner.

Doesn’t mean it is good. Just means I like his acting. 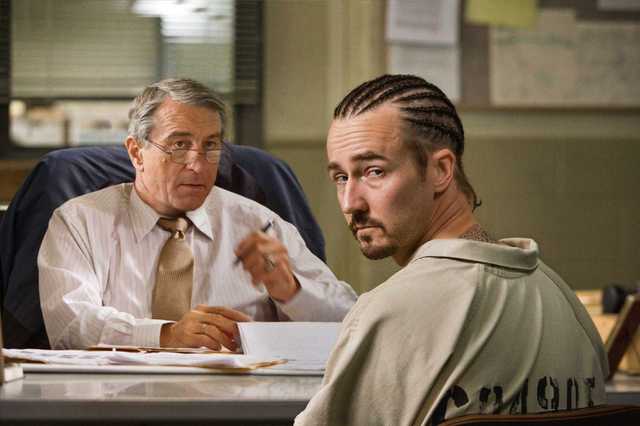 And his hair style choices. I have always wanted corn rows. Edward Norton is now saying I should try it out.

The story is actually about Jack (Robert De Niro), a parole officer who is a few weeks from retirement (of course). His next and last case involves the prisoner who wants to be called Stone (Norton), and has been in Prison for about five years in a nine year sentence. He claims to be on a new path, spiritually, and got put in prison for arson. He also describes his wife, Lucy (Milla Jovovich), as an Alien from another planet due to how hot she is. She is depicted as someone super active, sexually, and a elementary school teacher. Wooo.

Eventually, through some prodding, Lucy finally convinces Jack to meet up with him to talk about releasing her husband. And she seduces them and sex happens. Jack, who has never broken a law in his life, and never cheated before, but isn’t necessarily a good guy, just good at seeing through bull shit. He has been married for 40 years (to Frances Conroy), but the marriage is loveless and stale, mostly his fault, and she feels trapped in the house.

Eventually Stone gets out of jail, per Jack’s permission. BUT WILL I MEAN DIRE CONSEQUENCES? 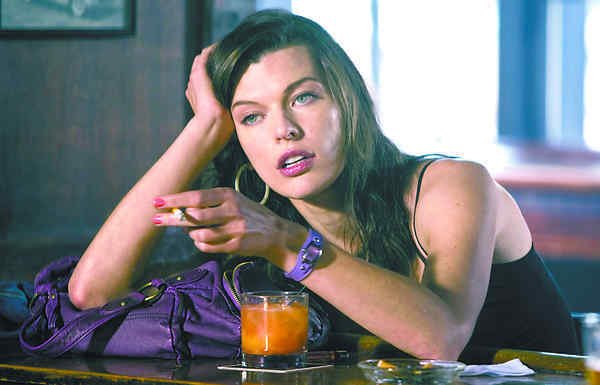 Also, Milla is a lot more naked in this movie than you’d have guessed.

So, what starts off as a movie in the thriller suspense genre, at some point turns into straight drama, sort of spiritual based, sort of fate based. Sort of something else. I was definitely interested in the beginning of the film, but found myself bored and not liking the way it was going.

The acting in it, don’t get me wrong, it was good. Even Milla. But the story? That felt weak. Not only that, but unfinished to me, and then at the end, pointless.

I like there to be a point to my time watching movies, and I feel like I wasted 2 hours. Good acting is not the only important thing to a good movie.