This is no longer true. I wrote this intro 2.5 weeks ago but then circumstances made it so I couldn’t see this movie for weeks. And I will be damned if I am going to change my intro.

That is because for the most part, I can enjoy a good dance movie. If the music is “Fresh” and the moves are “Dope”, I can be entertained. Especially if it feels a bit original and doesn’t fill it with too much badly acted drama. Hell, I had a whole week or two last year where I watched a bunch of dance movies I missed throughout the last few years, the obscure and straight to DVDs ones.

Step Up: All In is the first dance movie I will have seen since Battlefield America which was so bad and creepy it caused me to nope out of the genre completely. Which is a shame, because I still haven’t seen You Got Served (which I will now save for a Milestone Review). 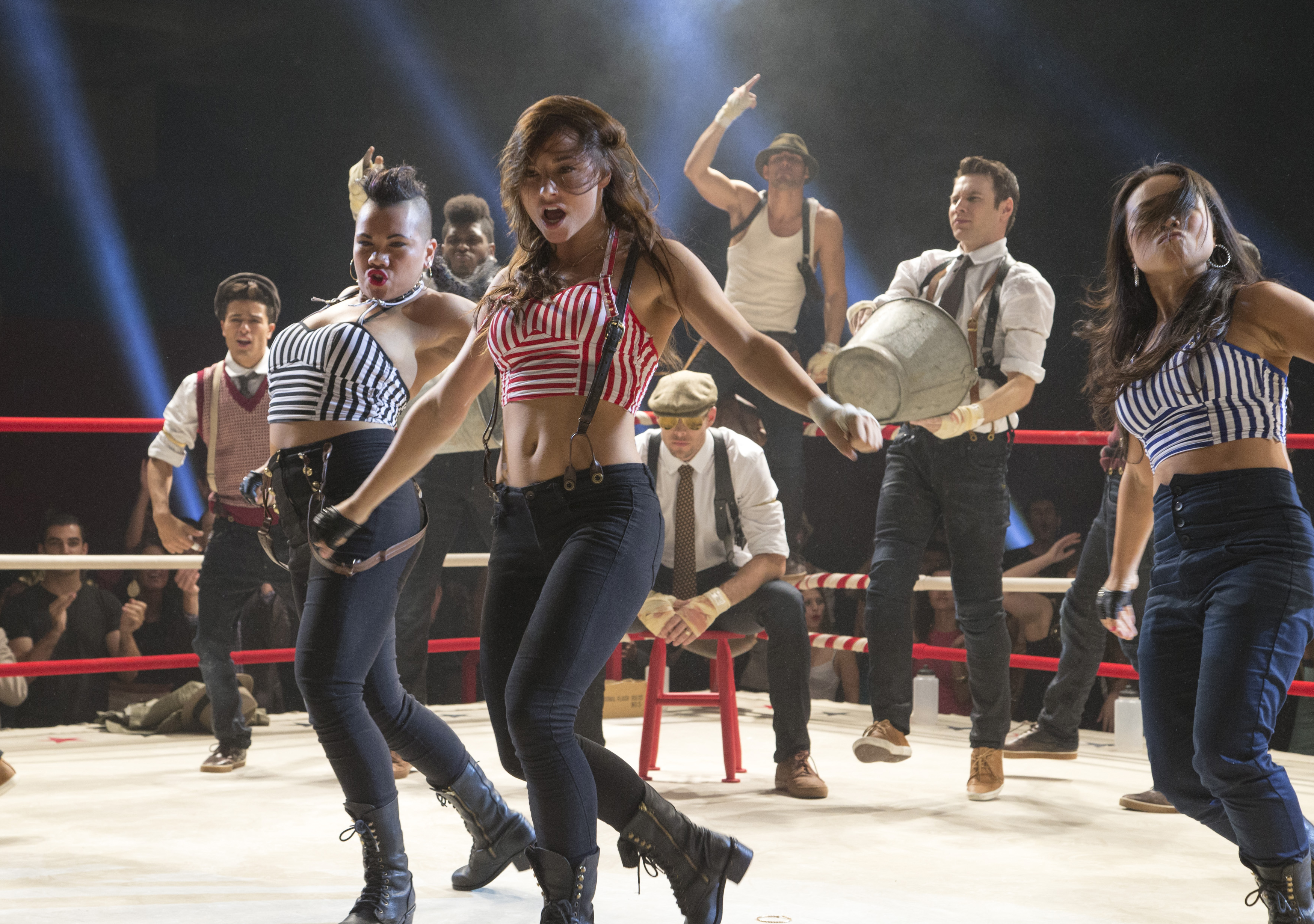 A literal boxing ring, in case the dance off metaphor wasn’t strong enough for you.

Now that we have left the travesty that was Step Up: Revolution behind in Miami, we can focus on Los Angeles. Wait. Wait a minute. Is that Sean (Ryan Guzman)? Lead star of Step Up: Revolution? What the fuck? And wait, who is that, Eddy (Misha Gabriel Hamilton)? His best friend from the movie? Holy shit, the entire “The Mob”, their dance crew is here. What the fuck. Is this a direct sequel for real? No. This is something more.

The Mob is pissed off at LA, everyone except Sean. They are all broke and poor and returning home. Sean, also broke and poor, doesn’t care, he knows he can survive out here, so he says bad things to his friends and they leave. Sean finds Moose (Adam G. Sevani, who was in every Step Up movie but the first one), gets a job, and hears about this new competition called The Vortex. Lead by pop star Alexxa Brava (Izabella Miko), the best crews around the world will submit videos of them dancing. And then the top blah will go to a competition in Las Vegas, where the grand prize is a 3 year contract to perform there! Woo!

So Sean gets a new crew together, featuring Andie (Briana Evigan, from Step Up 2: The Streets), and a shit load of other people and they enter! But oh no, the rival crew that made fun of them earlier is also there, lead by Jasper (Stephen Stevo Jones) and shit, The Mob made it too.

I guess the real question is, can we really root for Sean who is going to be a dick to literally everyone in this movie, justified or not? Alyson Stoner reprises her role from the first and third movie. There a lot of other people in it, so I will just list them til I get bored. 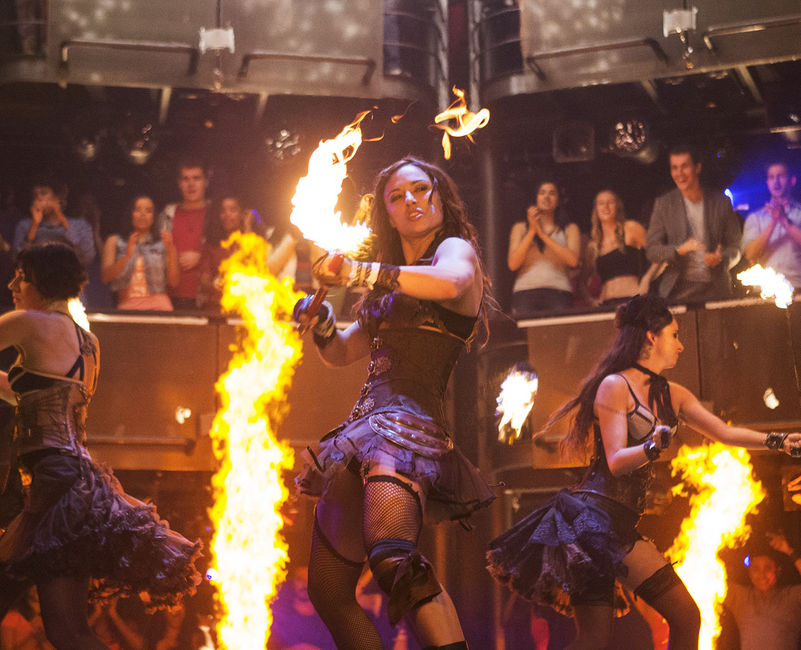 They fight fire with fire but not really how the saying meant it.

I recognize for the most part that dance movies have basically become a way to showcase the last winners of America’s Best Dance Crew and other similar TV shows. But that main one ended in 2012! Where do they get their talent from now?!

Oh. They get them from their past movies and re use them. What a concept!

First, I am glad to see so much of their effort was into actually trying to make the movies connected, versus a lame cameo here and there. Like most of the time, all the movies outside of the first film are connected. There is the small connection to the first film, but that’s all it is, small.

My problems lie heavily with the plot. The main character is a douche for 85% of the movie. And just because he sees the error by the end, I still don’t have a desire to cheer for him or his team, especially knowing how his character acted in the last film. They broke up almost everyone’s relationship (except for Moose) just to make new ones with this. Who cares if the last movie was mostly about gaining one of those relationships.

And the ending. Oh goodness. Guess what, a team was cheating. So what do they do about it? Cheat harder. Yep, that’s what I meant fighting fire with fire. They don’t rise above it and overcome it normally. No, they just cheat more. Ugh. I can’t even.

Some of the dancing was cool. I didn’t think the final “good guy” dance was actually that much better. Just felt like they were just throwing everything at a wall to see what sticks. Was a clusterfuck of annoyances.

There are better dance movies out there than this one. But at least…one or two characters are cool from this.