Stake Land is another movie I passed up on watching when it came out because it was probably “Scary”. Same story, different movie. Turns out it is about vampires AND apocalyptic. Great addition to Apocalypse Week, then.

Unfortunately, the title Stake Land makes me think of Scrubs, specifically, Steak Night. Yes, both words are different, but shut up. Oh well, I am probably just hungry. The cover image looks kind of cool though. 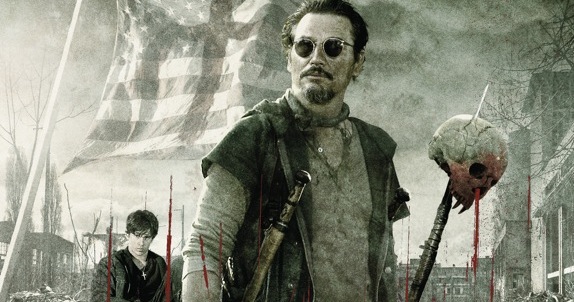 Oh god. I thought that was Jeffrey Dean Morgan for a second. Whew, that was a close one.

So yeah, Vampires are a thing now and they are kind of fucking up the world. It is kind of like the Zombie Apocalypse, but vampires. So day time is fine, but people have to fear the night, and blood thirsty animal like savages. They are different than zombies damn it. Still can’t stand a stake in the heart though. But who can survive that anyways?

Our hero is young Martin (Connor Paolo) who lost his parents to the vampiric plague. He was later discovered by a vampire hunter who just goes by the name of Mister (Nick Damici), and Mister has taken it up on his own to teach Martin how to survive, how to kill, how to make a living off the land, not being scared of what can happen.

Okay, that is kind of the whole movie. Vampire killing, surviving, and shit happening. They run into some other survivors who join their ranks, including Willie (Sean Nelson), an ex Marine, and Belle (Danielle Harris) a pregnant singing chick.

There is also this fucked up group The Brotherhood, with the local chapter being lead by Jebedia Loven (Michael Cerveris). They are super religious, but an extreme group, who often feed wrong doers to the vampires for being unholy. They are all sorts of fucked up, and a human presence that are almost work than the vampires running around at night. 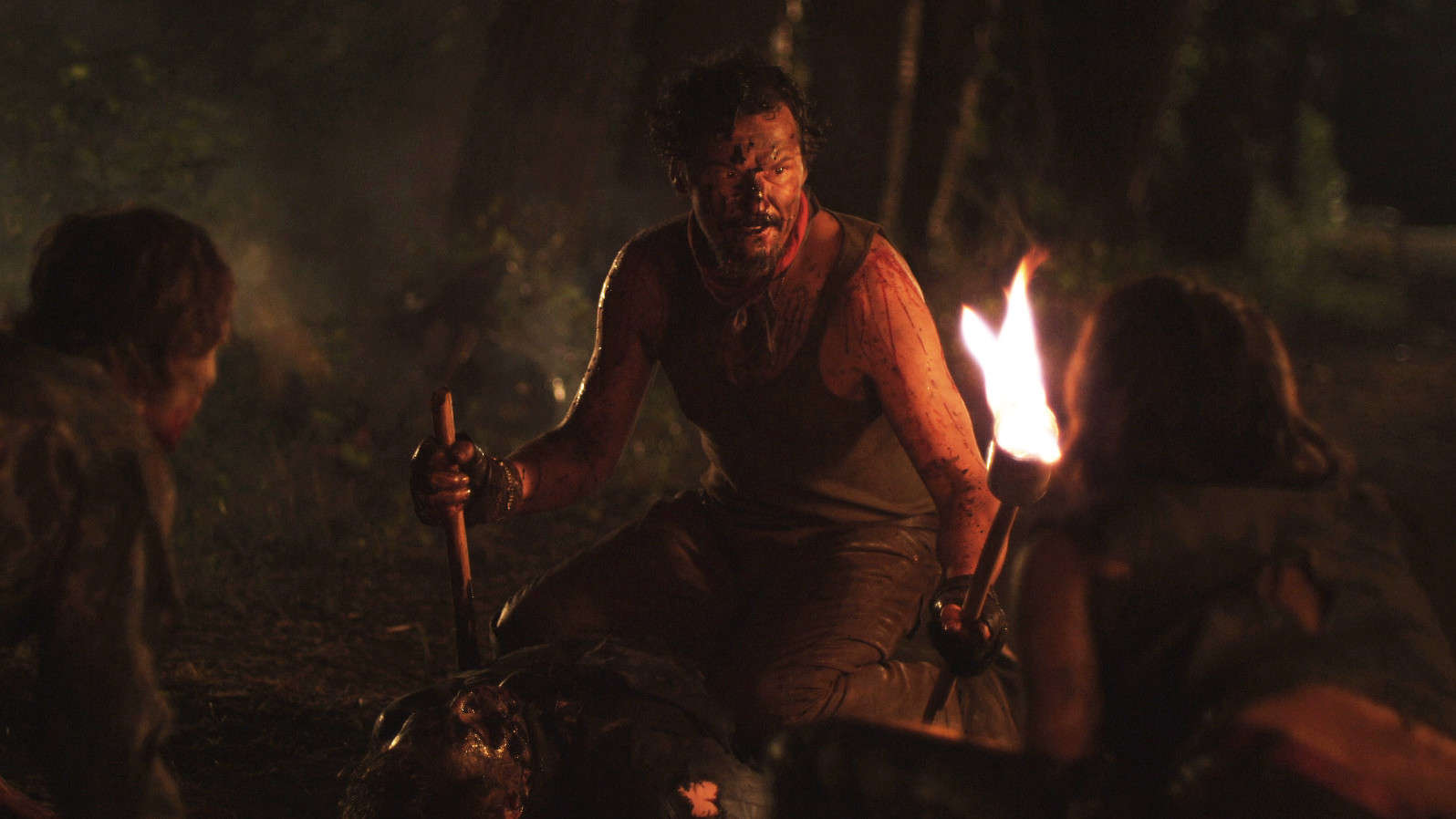 Turns out I need to stop being such a jerk when it comes to movie covers. Sure, I didn’t watch it because I thought it would be a horror film. But if I did some research, any at all, I would have found it to be a drama with some horror elements at all. Maybe the cover itself made me think it was a B film as well. Either way, excuses are excuses, and I should have watched this movie when it came out.

Why? Because I kind of liked it. I could have recommended it to people for over a year now! Boo!

Either way, this movie reminded me a lot of The Road. Kind of like a man and his son, and the people they meet. The Road is a lot more bleaker, and that’s why it is rated higher. Because shit was real. This one had a lower budget, but more fight scenes and a lot more death (and a bit less sadness). But despite that, I think it was an interesting fresh take on vampires and apocalypse movies, so I am happy it didn’t disappoint.