Bond Bond Bond. In case you missed my other reviews on the subject, I have no craps about Bond growing up. My parents didn’t care, so I didn’t get him in my impressionable youth phase, so the only Bond films have had Daniel Craig at the helm.

Casino Royale was okay, Quantum of Solace was terrible, Skyfall was interesting, and now we have Spectre. The internet tells me that the wiki page has spoilers on the subject and the trailer gives too much away. Apparently Spectre is a reference to an older Bond villain from a past film and they are redoing it. I think?

The good news is, I won’t have to compare it to something decades ago. Like always, I will just look at this film and see if I like it as a stand alone action spy film. And for those who are counting, this is the FIFTH Spy movie of the year. After Kingsman: The Secret Service, The Man From U.N.C.L.E., Mission: Impossible – Rogue Nation, and of course, Spy. Strangely enough, the other 4 were all good movies. This might be the best year of Spy film ever recorded. Assuming the grand daddy of spy films can end the streak with a bang. 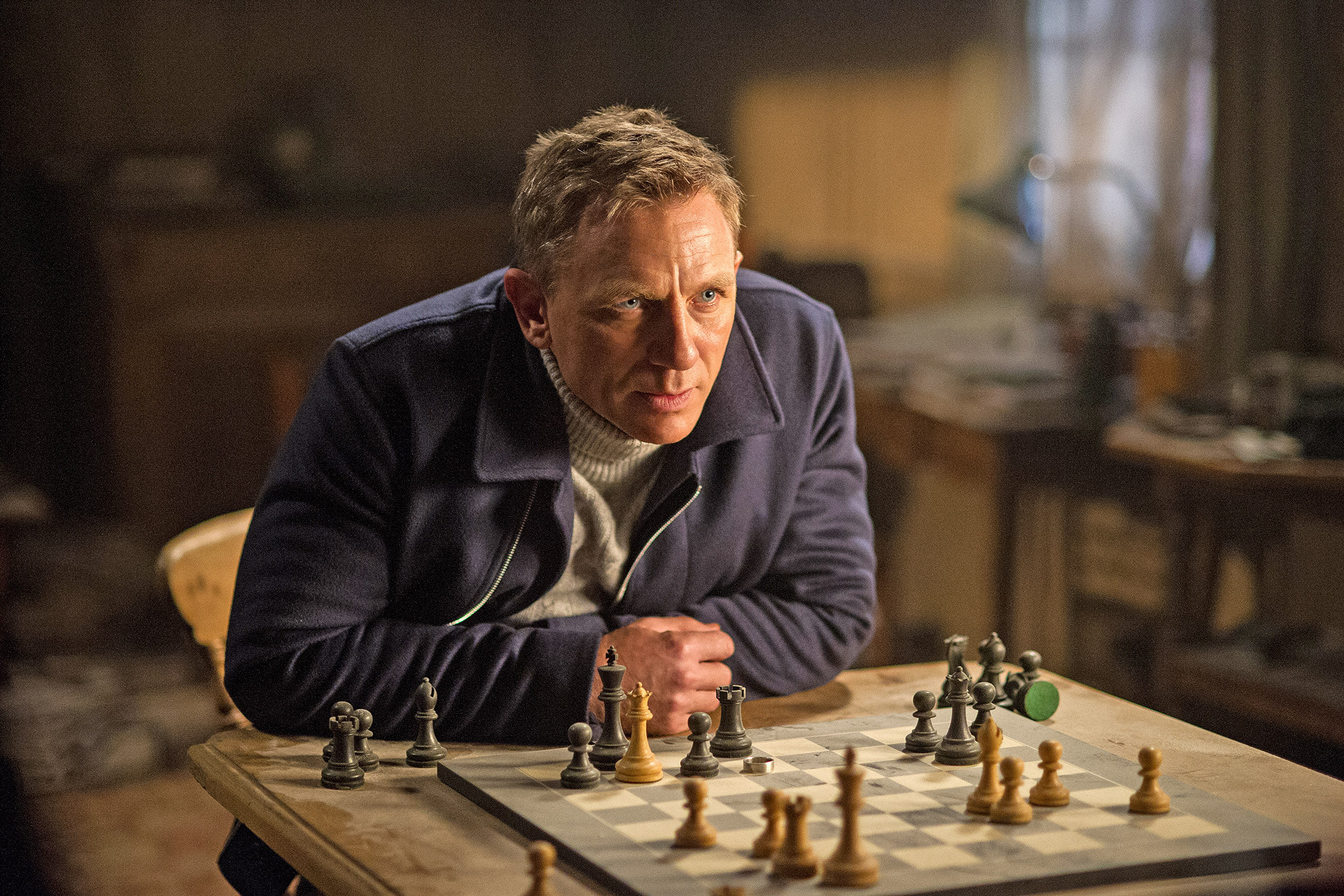 I’m sure this is just a metaphor.

Do you remember the last three films? Because you will need to. You especially need to know that M (Judi Dench) died in the last movie, and now there is a new M (Ralph Fiennes). The 00 program is potentially going to get shut down, what with half of their building destroyed in the last program and all. They have a new commander, who we will call C (Andrew Scott), who is going to bring all of the British agencies together and more transparent.

Bond (Daniel Craig) don’t give a damn. He opens the movie in Mexico City on the Day of the Dead, killing an assassin and a few other people who planned on blowing up a stadium! This doesn’t help his cause, and he gets house arrested in London for the time being, complete with GPS nanobot tracking in his blood. But like I just said, Bond don’t give a damn. He was told to kill the assassin, Marco Sciarra (Alessandro Cremona), by M (dead one) herself! She sent him a video from beyond the grave to get it done, should she die. So of course he followed orders.

However, in killing Sciarra, he stumbles upon a large and secret organization calling itself Spectre. His only clues involve using Sciarra’s wife, now widow, Lucia (Monica Bellucci) to find the organization and find The Pale King who is also involved in their bad evil guy plans…somehow. 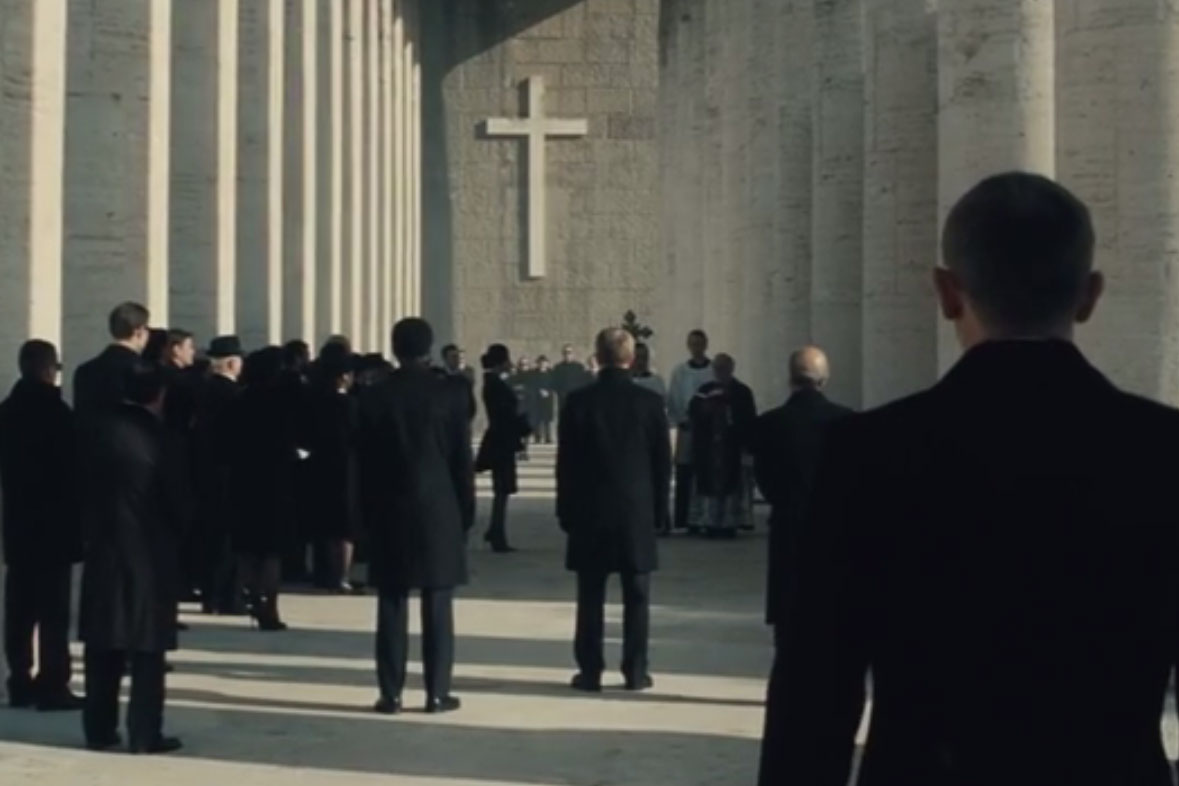 This is…also a metaphor? Is Bond getting religious?

Spectre is not what it is hyped up to be. Heck, if you look at my reviews for the other spy movies that came out this year, you will see that they all earned higher marks, making Spectre, technically, the worst spy film of the year. The good news is that it is still at least okay or average and not complete shit.

Here is what is wrong with the film. Bellucci is used in like one scene, and never seen from again. Most of the actors don’t seem to be giving it their all. They really forced the love interest in this film, none of it felt believable and trying to make it a for sure thing is just lazy writing. A lot of lines I couldn’t even understand, due to mumbles or louder sound moments, allowing me to miss jokes and important plot points. There are plot twists, technically, but everyone you can see coming from miles away in the first 20-30 minutes.

But most of my complaints revolve around Waltz and his villain. First of all, Waltz is normally fantastic, but again, his character was always reserved and never felt scary or intimidating. His character also felt like he was barely in the film until the end. We needed a lot more of him for him to reach his true big bad scary levels. Most Bond fans know everything about the villain already, as there is only one notable Spectre leader. However when the reveal occurs, it is also mumbled quickly and then ignored. So for a non serious Bond fan, it does nothing, and for the serious ones, well, they knew it was coming all along.

They connected the villain from this film to the last three, but it all felt shoe horned, offering only a quick explanation and then moving on. More details would have helped understand the bad guys motivations, outside of the vague backstory they gave him. The villain also had a cool brain altering needle that would just take out important functions for whoever is getting tortured. Well. Bond had two pricks, and basically everything that was said would happen, did not. What the hell even was the point?

And the ending itself felt forced and dare I say, heavy handed.

Not saying there weren’t moments I didn’t like. I loved the intro, both in Mexico City (which opened with a very long shot), and the credits, with all the octopus imagery. Q and M were good. The Rome car chase, the train fight scene, and the plane ridiculousness were all very entertaining and well shot. Classic Bond moments from them all.