Foreign films are always the hardest to watch before the Oscars. Not as hard as the documentary shorts, but one step below them.

So just like last year and the year before, at most I can see is one or two of them. So I might as well watch the one that will win everything this year: Son Of Saul.

If you have heard anything about the foreign movies nominated for any of the ceremonies, you would know that Son of Saul is going to win. It has already won everything it has touched, and it just has one grail left to go. Usually there is an obvious favorite, last year was Ida and this year is Amour. It is almost like they should just get rid of the nomination aspect and just give it to the one we all already know will win. 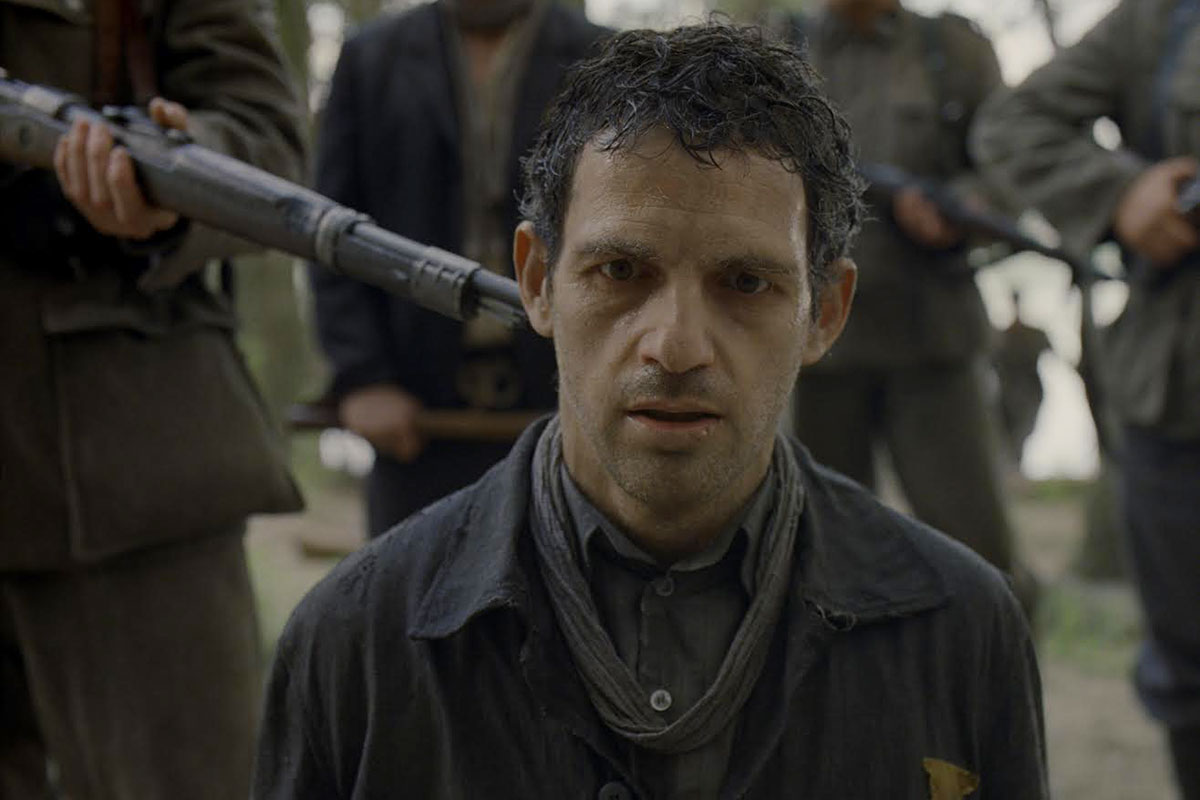 You don’t have to put a gun to voters heads to decide. It should all come naturally.

Get ready, this is a Holocaust movie. Sonderkommandos are the worst units in a concentration camp. They are a group of strong prisoners who have to clean the gas chambers. You know, pick up and dispose of the bodies. Clean the showers of grime and blood. It is the worst place you could end up, outside of dying right off the bat.

And that is where Saul Ausländer (Géza Röhrig) finds himself working. He is a Hungarian-Jewish prisoner and has given up on life. But while cleaning the chambers he finds a body that is still breathing a little bit, and Saul is pretty sure it is his son. No one knows if Saul actually has a son, and the whole situation seems sketch, but Saul is certain of it. Because of the breath situation, the body is sent to the doctor for an autopsy and not immediately burned.

So now Saul has a mission. He wants to get the body out of the camp, bury it himself, AND find a Rabbi to make it a proper Jewish burial.

Also, the next day there is a planned revolt. The prisoners are going to try and fight back and escape. Saul has a lot to do in the next day and a half, and you know, he is a prisoner who isn’t supposed to do any of this. 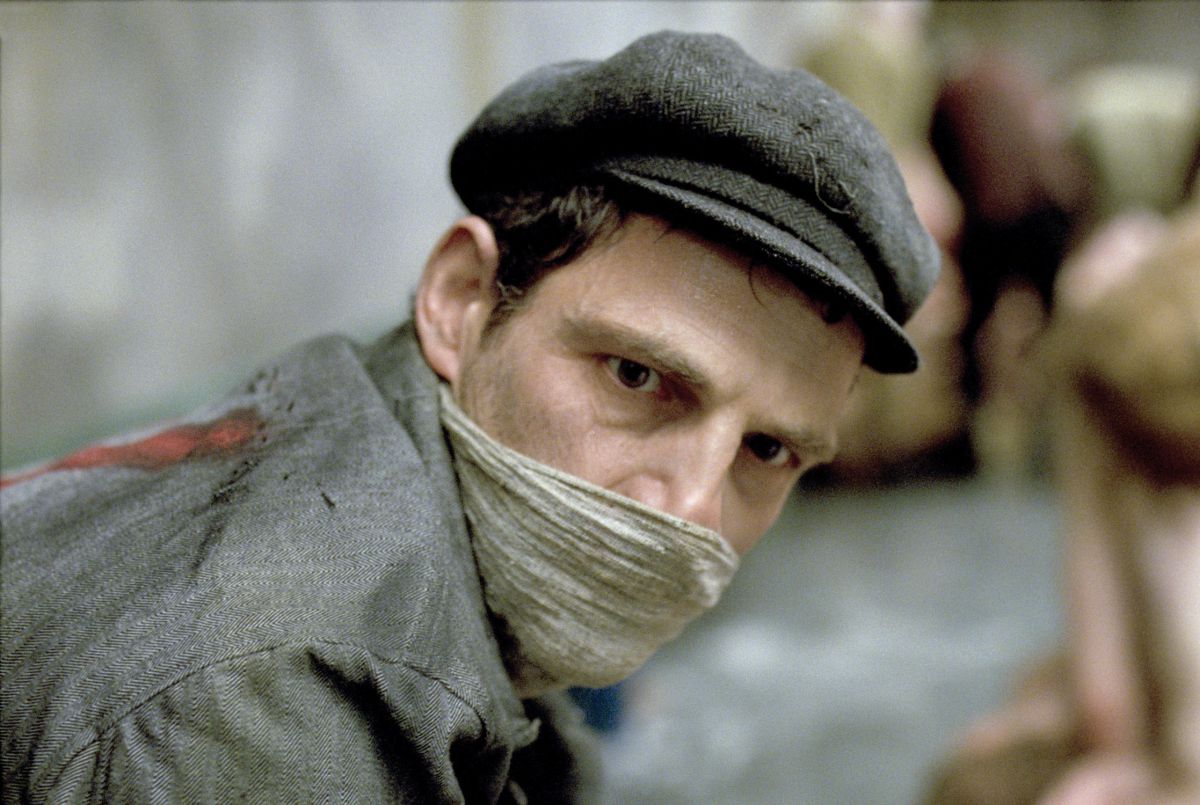 The bandanna is used to keep in all of his secrets.

There is nothing fun about the Holocaust, and much like Les Miserables, this is a very bleak film. A lot of bad things happen to Saul on his path, and he is surrounded by people getting slaughtered and with no one really wanting to help him out. It sucks. Shit sucks. Life sucks.

The film is also shot in a visually unique way. This isn’t the story of a group of people trying to escape and a lot of people dying. This is literally a story about Saul and what Saul wants to do. The camera is always on him or from his point of view. It rarely goes away from head head and shoulders. When people are dying or afraid or running around, they are not focused, just Saul on his mission. It really helps amplify the point the film wants to make and let the viewer know how determined he is.

It is also a bit slow and not a movie you will want to see again and again. It could feel like a chore to get through, and it certainly isn’t going to provide entertainment. Personally, I don’t think it really hit its stride until the second day, of the planned escape/riots and when Saul’s plans were maybe, finally, starting to come together. The ending was packed with sorrow and hope. It was incredibly well done.

And it will again, win all the awards. But hey, I haven’t seen any of the other nominees, so I have no reason to complain about that.