When I look at Son Of God, I see a movie with a bit of history behind it. Technically, this is one of many remakes that have existed. But more importantly, this movie is based on a miniseries based on a book. The miniseries was on The History Channel in 2013, titled The Bible. It broke the book of the same name into ten episodes, giving five each to the first and second halves.

Much of this movie is actually taken from the second half of the series to tell the same story in a shorter way. A lot of cuts were made, but they also promised bringing in a lot of deleted scenes.

I am a bit worried this movie just ends up feeling like a made for TV movie. I am also worried that if you start with 4-5 hours of material, add in deleted scenes, and cut it to just above 2 hours, they might accidentally create a lot of gaps in the story making it hard to follow. 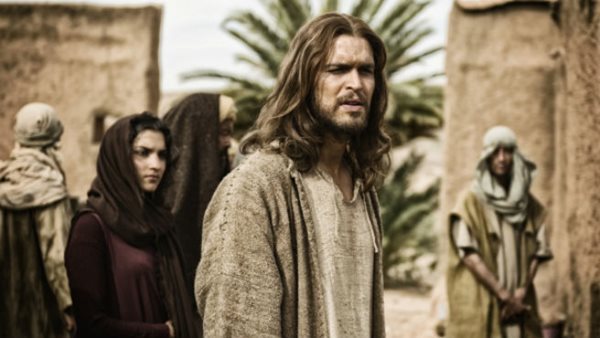 Super white. With a name like Jesus I would have expected a more Hispanic look.

The beginning of this story are a bit of a mess as it quickly runs through a lot of large events to bring you to “now.” From what I could tell, the only important event of note is that this dude Jesus (Diogo Morgado) was born. The actual movie takes place about thirty years later with Jesus wandering around Israel. It is important to also note that he has some sort of magical/divine powers.

A lot of these powers are similar to Aquaman, in that there seems to be some affinity to fish, like when he meets Peter (Darwin Shaw). He can also heal wounds and diseases with a touch. Eventually he gathers more followers, like John (Sebastian Knapp), Mary Magdalene (Amber Rose Revah), his only woman follower, Judas (Joe Wredden), and Thomas (Matthew Gravelle). They really think he is a cool dude.

This apparently pisses off some local clergy members in Jerusalem, claiming he is being blasphemous towards their god. They get the local Roman senator Pilate (Greg Hicks) to try and put an end to him, before they lose more worshipers to this Jesus fellow.

All of this sets up the final third, which I won’t go into detail, because that would be a lot of spoilers. Oh yeah, Roma Downey plays Jesus’ mom, Mary. 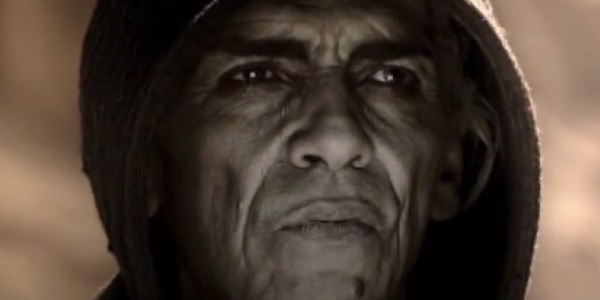 Satan was removed from the film for looking too much like Obama, apparently.

Son Of God clocks in at 138 minutes, and honestly, it only has about 45 minutes of material, max. One of my main thoughts while watching this movie (outside of boredom) was wondering what the point of all of it was and where it was going. After seeing the movie, that question is still hard to answer.

Also, his mother isn’t a part of the story at all until the final third, outside of a small glimpse when he was born. It felt awkward to see them apparently have such a strong connection and bond together as it came out of no where. If I had to guess, it looks like Jesus left home at an early age. He also never talked about his mother in any capacity, just his father. The movie makers must have cut out some important information that would have helped explain their connection.

Despite its long run time, the ending feels pretty unsatisfactory, as if they didn’t finish the story they were trying to tell. They may have been setting it up for a sequel, but I really hate it when a movie doesn’t finish its story. Especially when the story itself already contains so much filler.

I never try to compare a movie to its source material, but I have a feeling the movie would make a lot more sense to someone who has seen the mini series or read the book. Then there wouldn’t as much missing detail to really understand the point of it all.

Overall, Son Of God tries to tell a tale about a man, but forgets to put in any amount of entertainment.